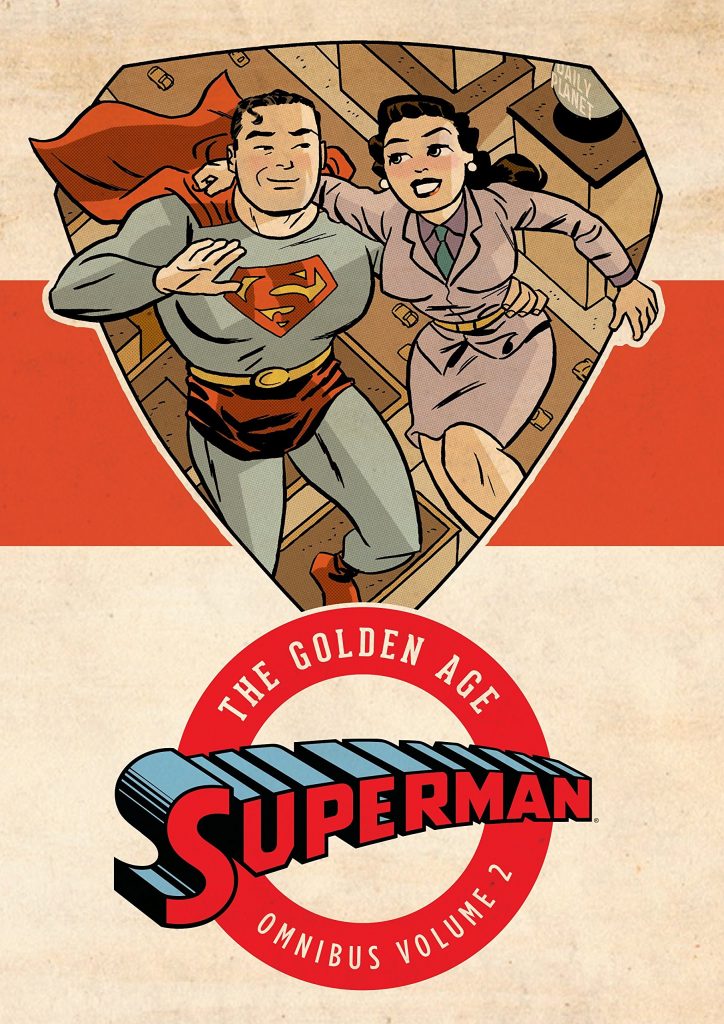 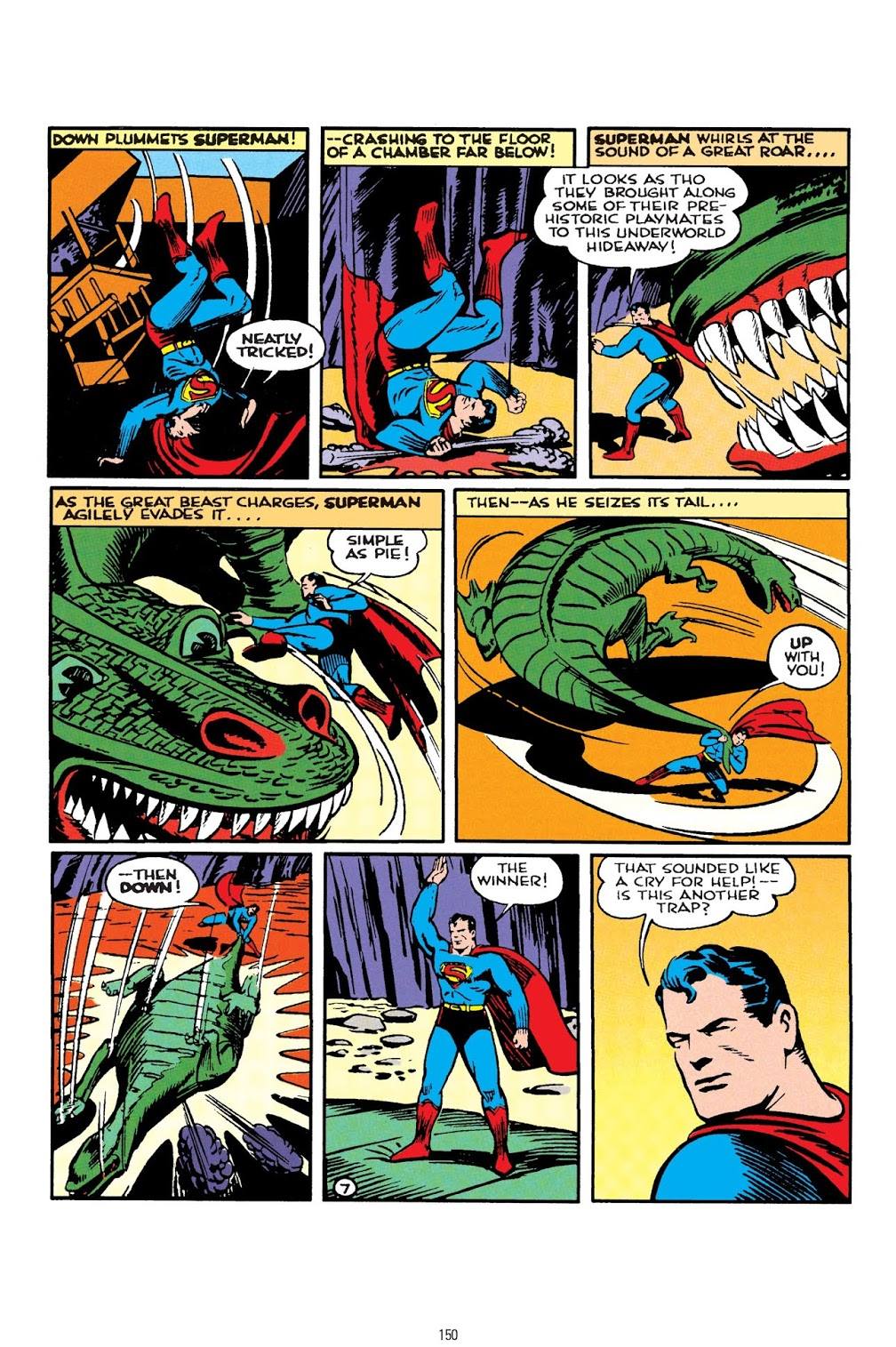 ‘The Golden Age’ is a term first applied by the comic fans of the 1960s looking back to the superhero comics published in the 1940s. For the most part, a considerable view through rose-coloured glasses is required to see what are largely crudely written and crudely drawn superhero stories as any kind of golden age. However, after almost three years of producing Superman stories, by 1941 the creators had evolved the crime-based dramas, and provided they’re read in small doses, these thirteen page stories can have an energetic charm.

Jerry Siegel has gradually added to Superman’s power set, and while he’s strangely vulnerable to hypnotism and unidentified gas compounds, at this stage kryptonite hasn’t been introduced to the comics, so there’s very little to harm him. Part of the joy of these stories is seeing overconfident crooks certain bullets will see him off, or the persistently wrong Sergeant Casey attempting to arrest Superman. The lasting change is inadvertently introduced by artist Leo Nowak being given reference before drawing a story featuring Lex Luthor, and mistaking the red-haired Luthor’s bald henchman for the evil genius. From this point onward Luthor would be forever bald. It’s a distinction he shares with several other villains here.

Nowak (sample art) is one of four contributing artists employed by Joe Shuster’s studio, and his art is closest to Shuster own style. It’s difficult to ascertain exact credits as some experts believe Shuster laid out some of the stories here, and that he draws some of the faces. That’s more obvious on pages drawn by Wayne Boring, Paul Cassidy and John Sikela, who’re otherwise more distinctive. Sikela is far more likely to extend panels rather than sticking to a nine panel grid, to feature circular panels and even on occasion to draw panels that break the three tier norm. The result is a greater dynamism, and the chance to draw Superman as elegant and taller. Jack Burnley introduces that look with his work in the first quarter of this selection, and he’s a solid draftsman with a busy graphic style. However, none of the art is that polished that it needs to be seen in this expensive oversized format.

In paperback you can read these stories in Superman Chronicles 4–8, or Superman: The Golden Age 3 and 4. In smaller sized hardcovers you’ll need to pick up Action Comics Archives 3 and Superman Archives 2, 3 and 4, along with World’s Finest Archives 1 to have everything.