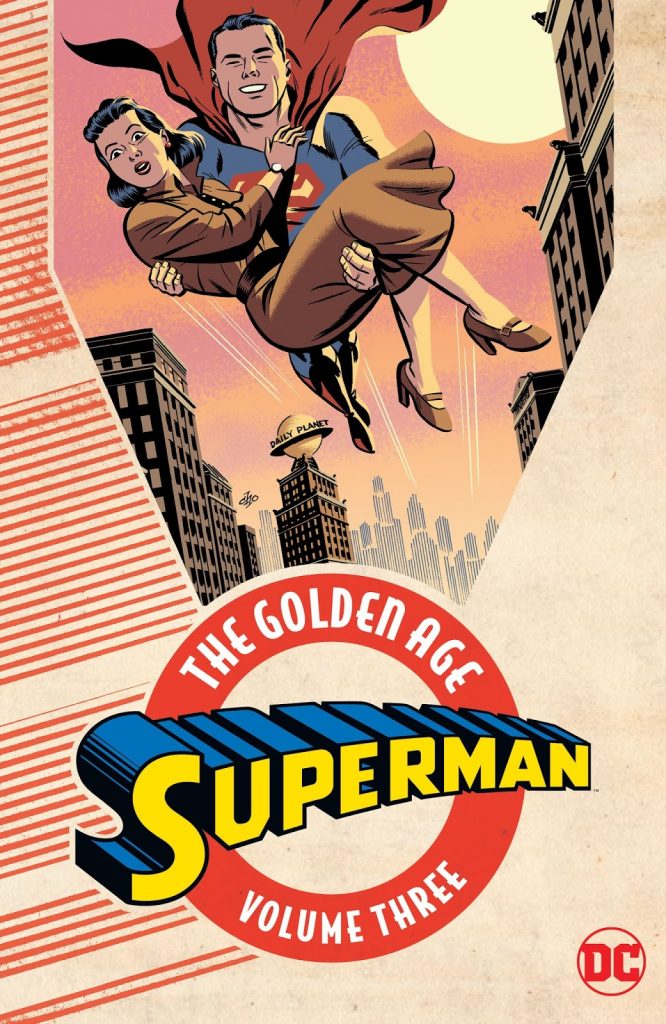 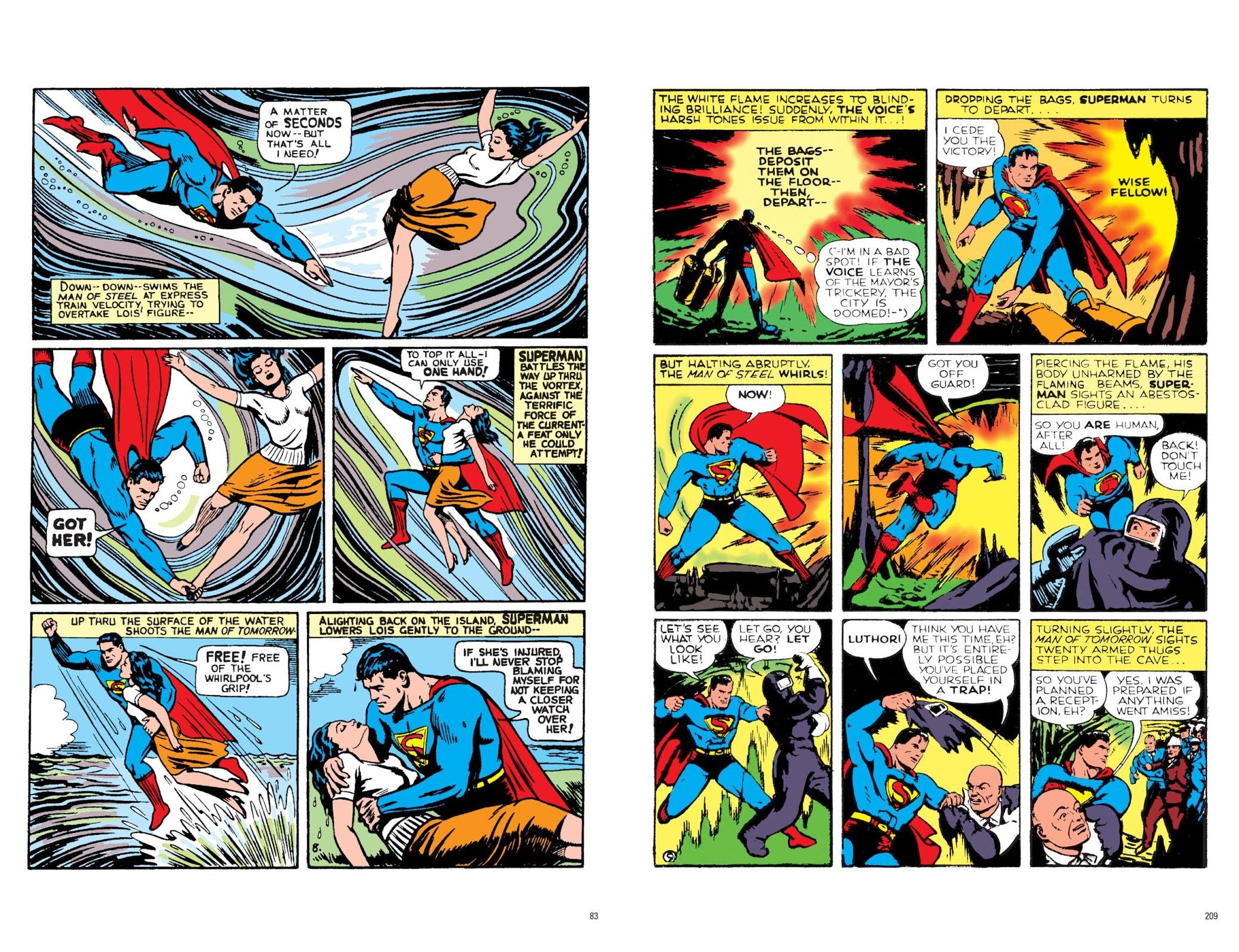 A third bulky paperback collection of Superman’s earliest adventures takes us two-thirds of the way through 1941, with Superman now starring in three comics. In Action Comics and World’s Finest Comics he’s the thirteen-page lead feature, but the now bi-monthly Superman title soaks up four extra stories per issue, and that’s before taking the newspaper strip into consideration. It means the roster of artists again expands, with Leo Nowak and, in the final story, John Sikela added to the team, and co-creator Joe Shuster himself returning to draw one story, although he provides layouts and supplies some art to others. From the poses alone, another credited to him here is identifiable as the work of a different artist, probably Wayne Boring.

All artists work in broadly the same all-action style, rarely resorting to close-ups, and most often drawing Superman full figure. Jack Burnley is the most distinguished (sample art left), a better storyteller, and prone to drawing Superman as taller and more athletic rather than the stocky figure supplied by the other artists. It’s Nowak, though, who leaves the lasting legacy (sample right). It’s speculated that he was given a comic with Lex Luthor’s first appearance as reference, but mistook Luthor’s bald henchman for his boss, and from that story onward Luthor was no longer red-haired, but the bald evil genius seen ever since.

It’s an interesting period for Superman, and one of transition. Jerry Siegel is already including stories of spies and saboteurs from fictional nations with European-sounding names, but before the USA entering World War II he hasn’t fully set Superman about the Axis powers. However, a story of an athletic competition between the USA and Dukalia features speeches about a superior race among other propaganda before Superman amusingly proves which nation houses the superior specimens of humanity. Neither has Lois Lane yet become the perpetual victim. She does require rescuing, but it’s due to her journalistic bravery in following a story into dangerous territory in the first place.

With no Nazis or Japanese to fight yet, Siegel again delivers an assortment of generic gangsters in what are generally functional, if simple, crime stories with Superman’s intervention decisive. The brown-suited agents of “The Unknown X” are typical examples, dim enough to wear sleeve badges with X symbol, but their quantity and leadership making them a threat. Siegel also includes a solid pep talk from Lois, perhaps undermined by Superman’s later pomposity. The stories are best read a few at a time to prevent formula overdose, but allowing for the times, they’re broadly fun, and so are those in Volume Four.

These have been issued in a series of other books, in paperback occupying Superman Chronicles Volumes Five and Six. In hardback they’re found in the second Action Comics Archives and spread over Superman Archives 2 and 3, while for the wealthy there’s the oversized option of Superman: The Golden Age Omnibus Vol. 2.