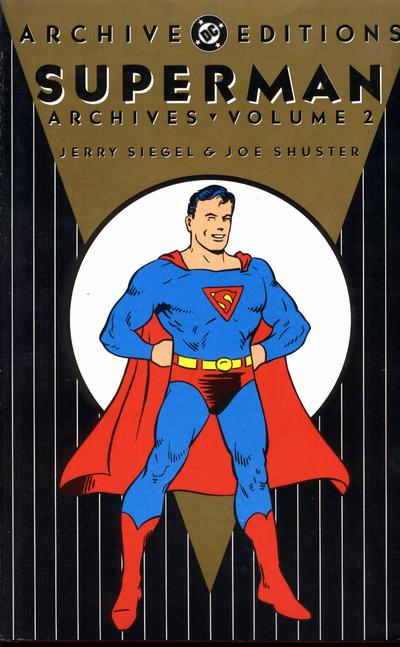 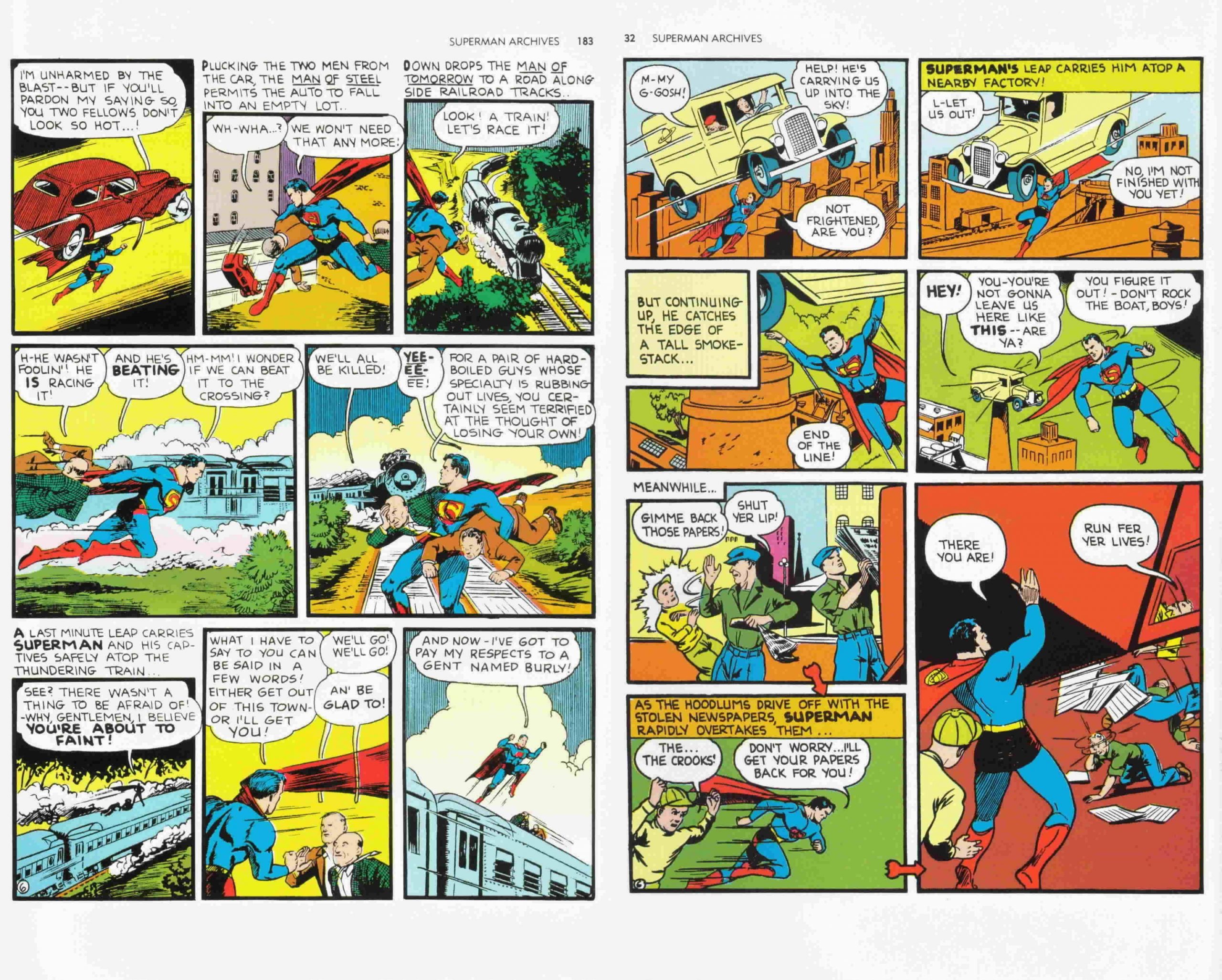 Summer 1940 was just two years after Superman’s introduction, yet he was already a massive success. He starred in two comics, the Superman title’s production increasing from quarterly to bi-monthly in 1940, the newspaper strip had run for a year, and a radio show was being aired. The step-up in production meant Joe Shuster was no longer able to draw everything, and he formed a studio to continue the increased output.

Whether intended or otherwise, it meant the actual comics look better the less Shuster is involved. He draws some stories here, but more are drawn by Wayne Boring (sample art left) and especially Paul Cassidy (sample art right), both of whom are better artists than Shuster. They’re more dynamic, can draw faces expressing emotion, and at a basic level, can manage the ‘S’ symbol on Superman’s chest.

Unlike other DC Archive editions, these collections also feature the filler strips not starring Superman, cartoons (Russell Cole very good), fun facts, along with ads for promo items and other DC titles. Very aware of a young audience, advice on healthy living is also included, and this extends to the stories. Over his brief history Superman had already noted his dislike of gambling, and it’s stressed again in the opening story of thugs encouraging youngsters to use slot machines. A succession of other thugs and gangsters consistently take up Superman’s time, but they’re largely anonymous, although there is a return for Lex Luthor, again conniving for power.

These stories represent a transitional phase for Superman. It’s interesting to see him treated as a myth in some respects, the police still unaware firing bullets at him is redundant, and crooks referring to him as a tough guy in a costume without realising the truth. Siegel is gradually introducing new powers for Superman, the super hearing useful early, and the x-ray and telescopic vision increasingly used, and the villains Superman faces are gradually becoming more fantastic. He hasn’t quite settled into formula for his plotting, so the stories can still throw up some interesting subjects, such as Lois Lane accused of murder, while newspapers and their power and influence often feature, even when it’s not the Daily Planet. While there are repetitive elements, Siegel’s skill at compressing a complete crime drama, often including other aspects, into thirteen pages is notable, even at nine word-packed panels to the page.

Time has messed with some inclusions. Anyone who’s ever fantasised about seeing Superman in Gay City has their dream come true, likewise for several visions of Clark Kent in top hat, white dicky bow and tails. Unfortunately the “drug-crazed bandits” don’t live up to the billing, nothing separating them from the standard gangsters. However, the stage hasn’t yet been reached of Lois Lane needing rescued in every story, and while she’s downright caustic to Clark on occasions, we’re also shown that she’s a commendable and resourceful journalist. Unlike the content of Superman Archives Vol. 1, a level of enjoyment remains to stories that can be read for more than historical interest.

These stories are also found in the cheaper paperback Superman Chronicles series, spread over volumes three to five, or the subsequent paperback editions two and three of Superman: The Golden Age.