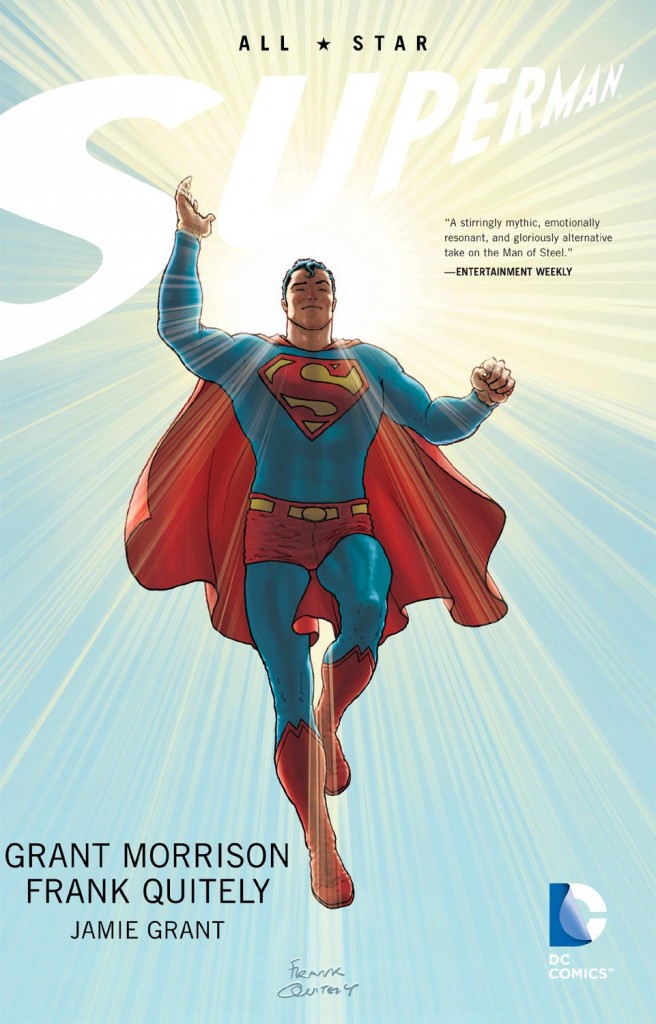 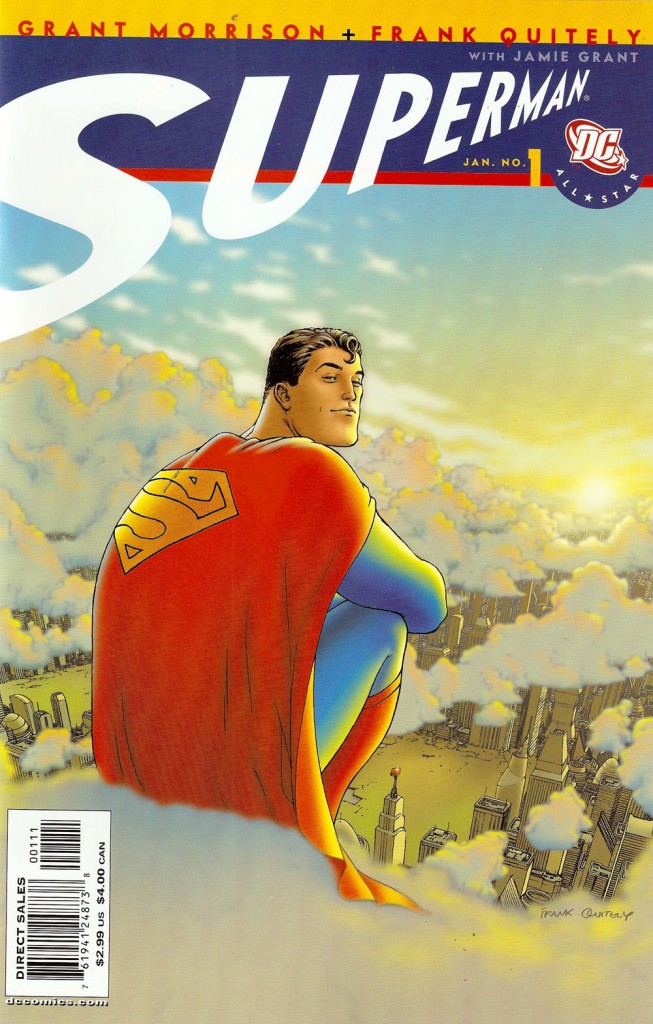 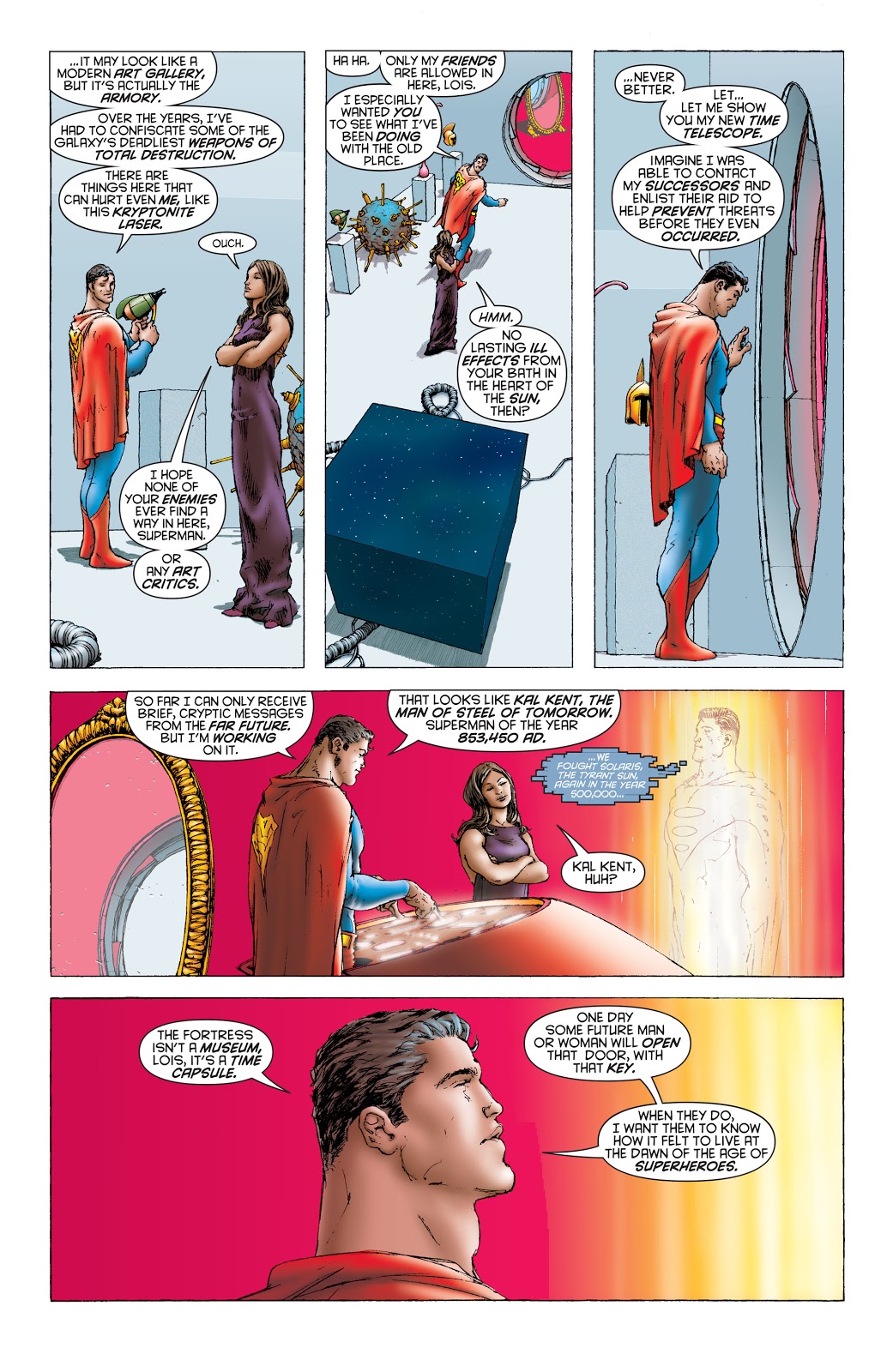 The DC “All-Star” imprint featured stories showcasing their flagship characters unrestricted by DC Universe continuity. All-Star Superman, written by Grant Morrison, drawn by Frank Quitely, digitally inked and coloured by Jamie Grant, was a twelve chapter series where Morrison took this freedom to write a Superman who combined elements of all the previous iterations into a ‘timeless’ version. The critically-acclaimed result, collected here into a single volume, is widely considered to be one of the all-time best Superman stories ever, winning numerous plaudits including three Eisner Awards, two Harvey Awards and three Eagle Awards.

Most writers have dealt with the difficulty of writing stories about this near-omnipotent being by drastically weakening his abilities and/or his brain, making him flawed, fallibly human and thereby supposedly more ‘relatable’. Morrison goes in the other direction. If your hero is big, his problems have to be bigger. In the first chapter of All Star Superman, exposure to extreme levels of solar radiation triple Superman’s strength and intelligence. The bad news is this is not the good thing that it initially seems: his cellular structure has been fatally overloaded. Every cell in his body will eventually explode and kill him. The following eleven chapters show a wonderfully lyrical, resonant and enthralling array of science-fictional ideas and concepts, centred around the idea that what Superman represents is ultimate optimism, ultimate belief in humanity and its power to solve problems and be the best it can be. This Superman is always thinking twenty steps ahead, calculating, extrapolating and ready to do the impossible every time, because why not? He has more power than any of his opponents but even when he temporarily loses it he defeats them over and over again, through his ingenuity and preparation, rather than with muscle.

Morrison’s ideas might power this story but it’s Quitely’s compelling, brilliant drawing that sells it. Quitely has an unusual mixture of skills; his very precisely observed, very subtle attention to body shapes and postures make his people feel very individual and grounded in naturalism, but he adds a touch of flamboyant caricature to them that’s gloriously big in scale. These exaggerations – Superman’s enormous chin and his circus-style trunks, for instance – threaten to tip into Mad magazine-style parody sometimes, but he can wring huge amounts of emotion and beauty out of this style. Quitely is a gifted, clever draughtsman more than equal to turning every one of Morrison’s abstract concepts into a hard-hitting, dazzling visual and this book is an absolute triumph of classic superhero imagery.

All-Star Superman was adapted by writer Dwayne McDuffie into a film in the DC Universe Animated Original Movie series in 2011.