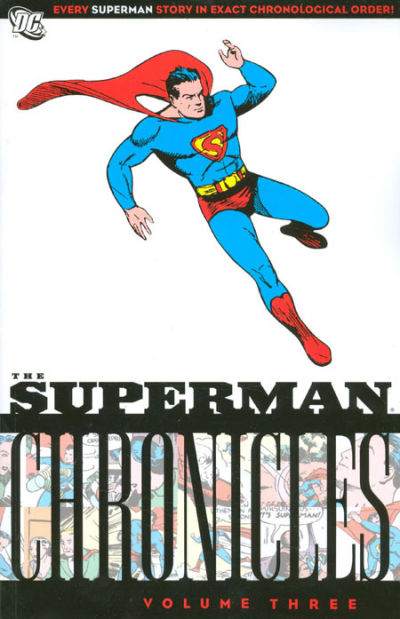 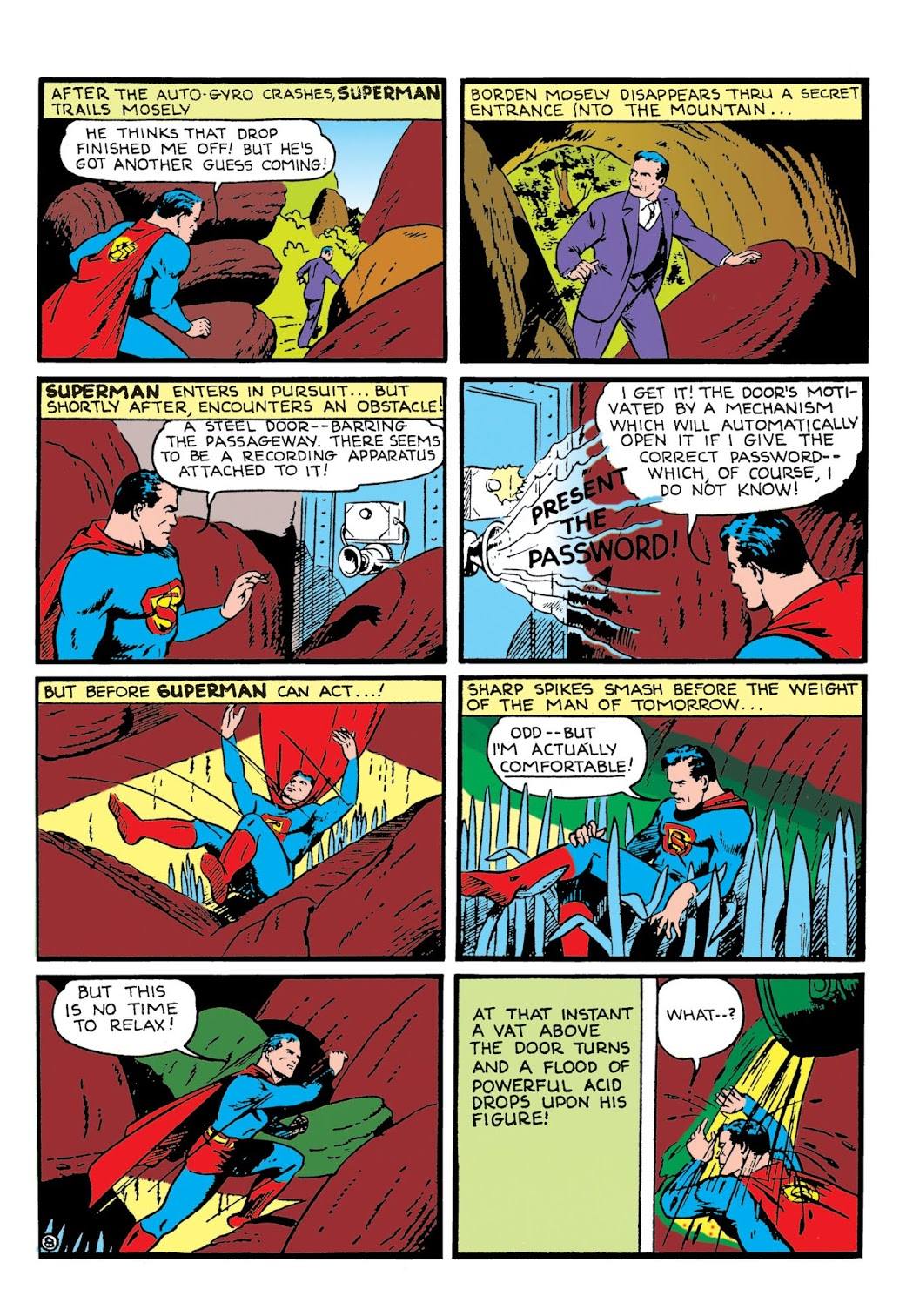 This third volume of Superman Chronicles takes us midway though 1940, by which time Superman had become a phenomenon, starring in two comics, a newspaper strip and a radio show. Generating the sheer amount of art needed was beyond just Joe Shuster, and the stories reprinted from Action Comics are his final regular work on Superman. He’d draw strips again, quite frequently, but never again on a regular basis, having formed a studio to help him out. Paul Cassidy draws the final few stories here, having already inked Shuster’s pencils. He works in a slightly more realistic style, but is a better artist, his layouts more interesting and his way of delivering emotion on faces stronger.

There may only be five stories from Action Comics, but they progress Superman’s world. They begin with what follows up on the story closing the previous volume, the troublesome Dorothy Winters seemingly having survived her death. It’s a stretch to call this a continued epic, but the same villain plaguing Superman for three consecutive stories was a first for comics of the time. Subsequently we see Clark Kent using telescopic vision, learn he lives in Metropolis, and somewhat arbitrarily, while he’s away in Europe the name of the newspaper he works for becomes The Daily Planet.

The biggest news, though, is the début of Lex Luthor. He’s red-headed, not the bald genius we’ve come to know, and in fact one of his henchmen more resembles that subsequent look. While called a mad scientist by Superman in his second appearance, Luthor’s aims extend well beyond the gangsters common to the Superman strips, wanting to control the world, no less. The four stories in which he features are actually among the weaker ones here, but his ambition represents progress for the feature. A greedy hypnotist is another step toward a more colourful villain.

Earlier Superman strips showed a broad streak of social responsibility with corporate crooks frequently a target, but that’s now largely fallen by the wayside, and it’s the more common variety of crook who provides the problems. Interchangeable gangsters are behind almost everything Luthor isn’t, although Jerry Siegel is still able to include warnings to the young audience, one strip focussing on the evils of slot machines installed in local stores encouraging school children to gamble.

Sad to say, the better aspects of Siegel’s dramas are consistently dragged down by the limitations of Shuster’s art, so this is another collection really only offering the occasional spark to interest more than comics historians.

If preferred, this material is available in more luxurious publications spread over the first and second volumes of both Action Comics Archives and Superman Archives, while they can also be seen on oversized pages in the first Superman: The Golden Age Omnibus. Superman: The Golden Age Vol. 2 provides a subsequent bulkier paperback presentation also featuring the content of Superman Chronicles Four.