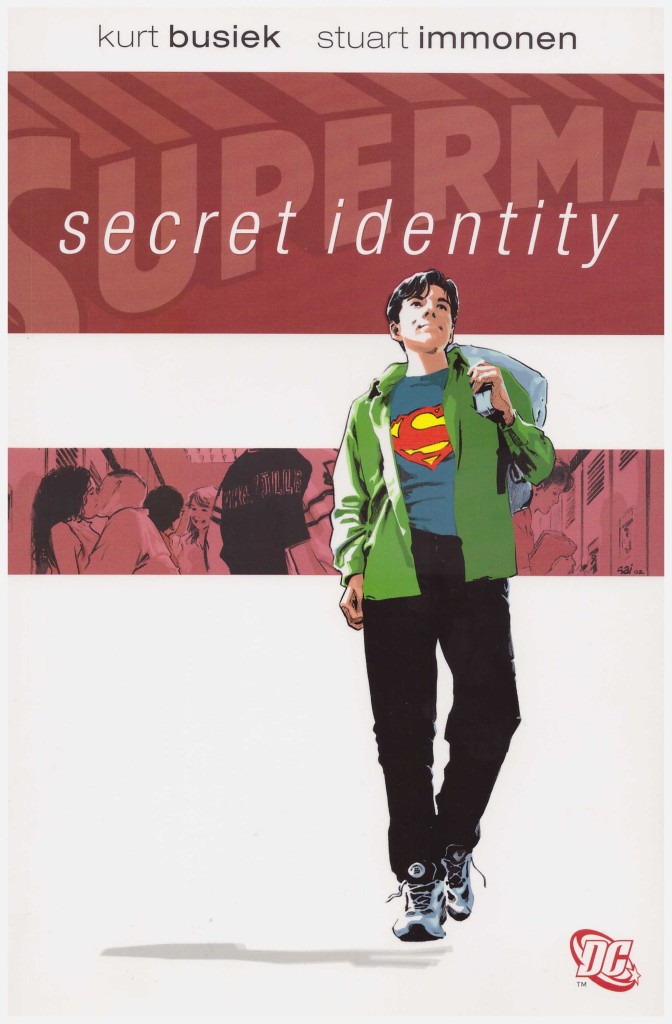 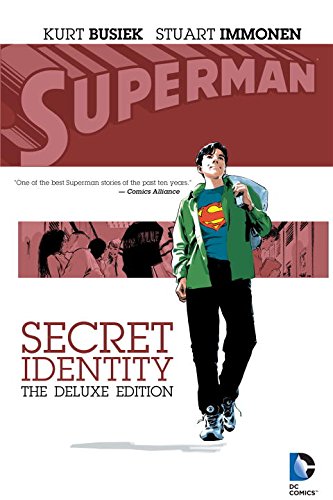 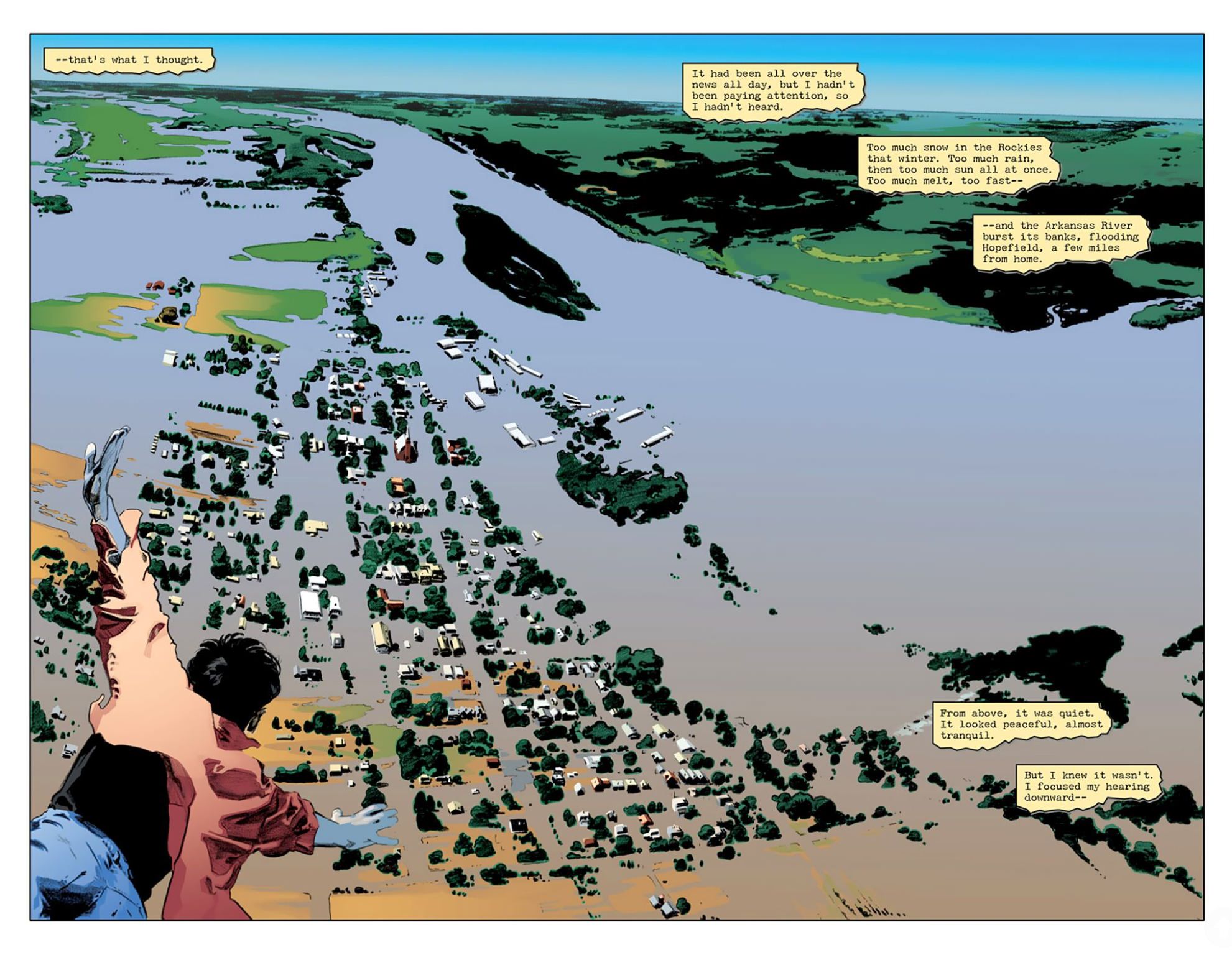 This is four stories of the same character, dropping in as they progress through life.

In his introduction Kurt Busiek notes his inspiration as an early 1980s Superman tale of a young Clark Kent growing up on the equivalent of our Earth where he’s not Superman, but throughout his life has endured ridicule about his name. As with that tale, there comes a point in Secret Identity where Clark Kent develops super powers, but there the similarities end. Busiek and artist Stuart Immonen present a heartwarming and instantly engaging tale that anyone ought to be able to enjoy, be they Superman fan or not.

Of course, what with Marvels and Astro City, Busiek has carved out a niche for the representation of iconic superhero ideals as seen by the general public, but this flips that idea. We’re privy to Clark’s thoughts from the beginning, via scraps from the diary in which he records what he can’t inform anyone else, and this continues as he progresses.

The four stories are long enough that we come to know this Superman at various ages. We’re privy to his teenage enthusiasm, the confidence of an invulnerable man in his twenties, the prospective father and the retirement era, and throughout Busiek achieves a fine continuity via an endearing everyman protagonist. His captions ooze humanity, but there are horrors also, yet none standing outside what may occur in our own world. Certainly the political involvement rings true.

Perhaps a meeting of Clark and Lois will be a step too far for some, but it’s a deftly handled and sustained relationship, and this Lois is from an Indian family. The second longest relationship in Kent’s life is signed off with a pleasing dignity, and before then permits some of the story’s comic moments.

Until Secret Identity Immonen had been an under-rated artist. Actually, he still is, but this opened a lot of eyes. Busiek mentions in the introduction just how versatile Immonen is, but what should also be highlighted is the naturalism he invests in the cast. These aren’t over-muscled figures in sprayed-on costumes, but real people in shirts and trousers, and Immonen is extremely adept at characterising with an expression. It constructs an emotional investment increased by his use of space. Superman here is often the smallest of figures hovering above a vast landscape, emphasising both that he’s anchored to Earth and an other-worldliness.

It should also be noted that Immonen controlled the entire artistic process, applying colour over his tightly pencilled layouts, adding to the unique look.

Ultimately, unless you’re someone who can’t abide sentimentality in any form, this is an incredibly affecting portrayal of what it might be like to be human, yet with super powers, and the fears that come along with that. Well over a decade after it was originally issued, it’s Busiek’s best longer work and remains one of the finest Superman graphic novels produced.

You may be tempted by the more recent Deluxe Edition. It presents the pages at a larger size for better art appreciation, but that and hardcover binding are all differentiating it from the paperback.