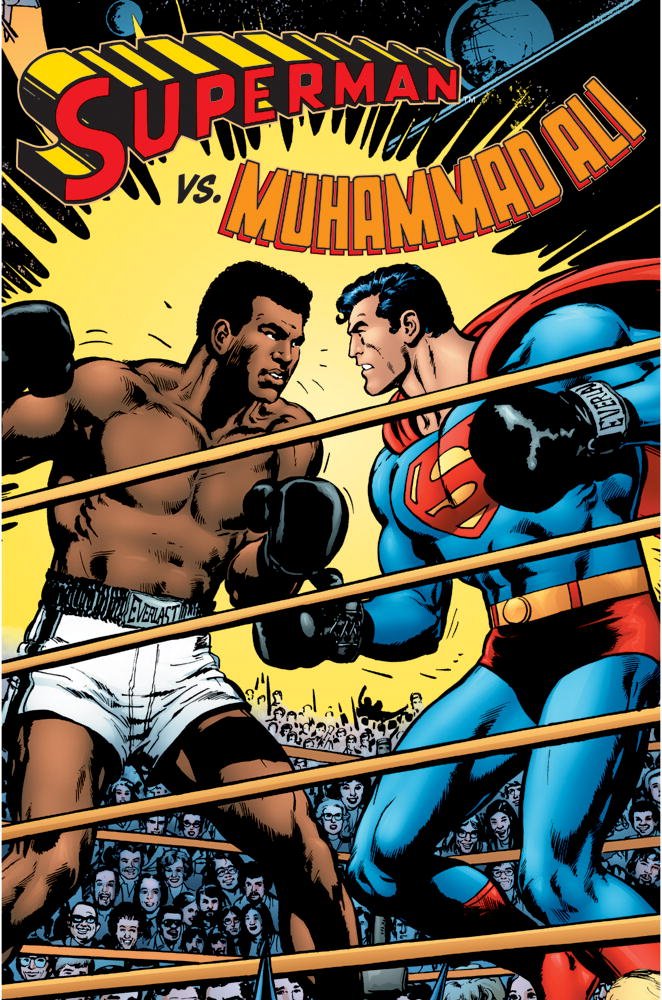 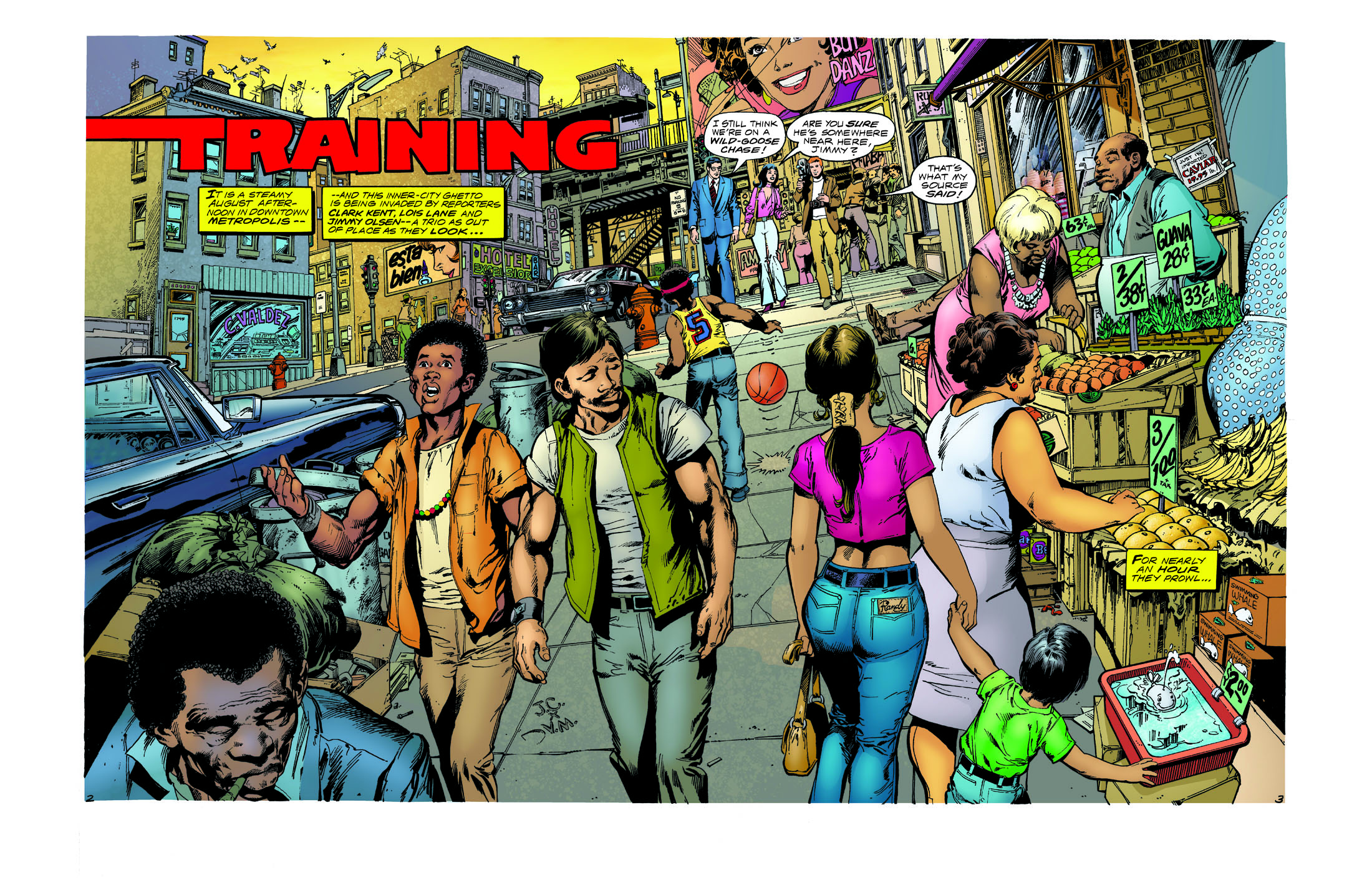 This is a reprint of a story originally produced in 1978 by DC Comics in a giant ‘Treasury Edition’ measuring a whopping 13” x 10”, matching its blockbusting status. The dynamic image of Superman and Muhammad Ali, squaring off in a ring in a packed arena, wrapped around to the back of the book and showed an enormous array of famous faces from film, TV, even the President of the USA, all recognisable because artist Neal Adams is a tremendous draftsman with a formidable ability to render likenesses. Handy when your story features one of the biggest, best loved celebrities of the era. Neal Adams made his mark on superhero comics in the 70s with his naturalistic, photo-real, glossy drawing style, formerly seen in newspaper comics such as those by Stan Drake.

Plotwise, there are not too many surprises. Aliens come to Earth and let it be known that they intend to destroy the planet unless Earth’s greatest champion comes forth to defeat them. Superman is ready to fight them, but wait a minute – there’s only one man with the official title, and that’s the Heavyweight Champion, the Greatest Of All Times, Muhammad Ali. After all, Supes might live on Earth, but he’s not from here. He isn’t even human. There’s only one solution – the two of them will have to settle it in a stadium, after Ali teaches Superman the secrets of ringcraft. If you’ve read any Superman stories before you have probably already guessed how an evenly matched fight between Muhammad Ali and Superman becomes possible. In a further twist, Superman has to take on an invading alien armada afterwards, and Ali shows himself to be the tactical master in both the Sweet Science of the ring and superhero psychology.

Denny O’Neil gives us great dialogue, building an amusing portrait of Muhammad Ali and his uniquely charismatic persona contrasted with the rather more staid Superman. We get the required amount of gravitas as well – two larger than life heroes conscious of their legacy, testing each other to the limit while uniting against a common enemy, for the good of all mankind. The stakes couldn’t be higher and when the chips are down there is only one man you can depend on to be in your corner – yes, all those sports clichés are completely relevant here. It’s a story about clichés, but you knew that going in. What makes it work is how exuberantly those cliches are used by the creative team. It’s a very enjoyable ride. Beautiful renderings of Muhammad Ali from Neal Adams, lots of dynamic and beautifully choreographed scenes of action both in and out of the ring, a cast of thousands (and we get to see them all) and an epic adventure with lots of full page and two-page spreads of dazzling ability. The colouring by Adams and friends is also great. It’s a totally fun one-off of a kind that comics don’t do any more and a very enjoyable read even if you have no interest in sports!

This reprint is available in two different formats. The deluxe hardcover is the same giant size as the original Treasury Edition, but there is also a more standard-sized edition that makes up for its reduced heft with some extras, including some pencils from Adams and a foreword and afterword.