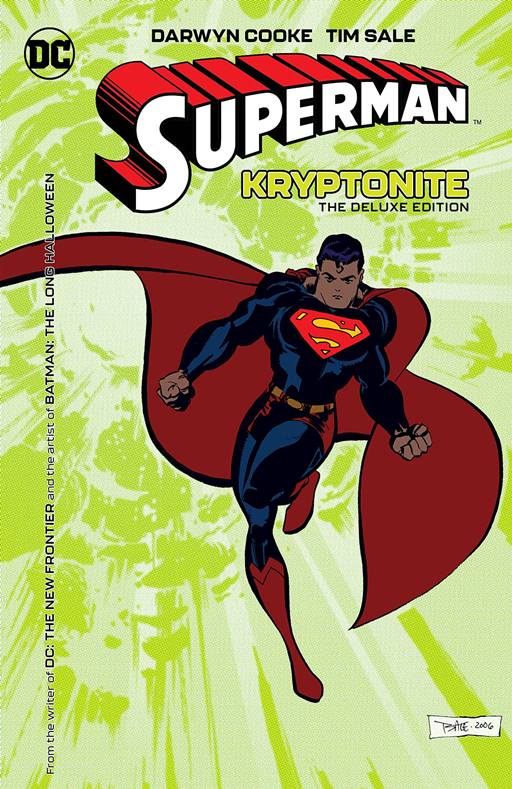 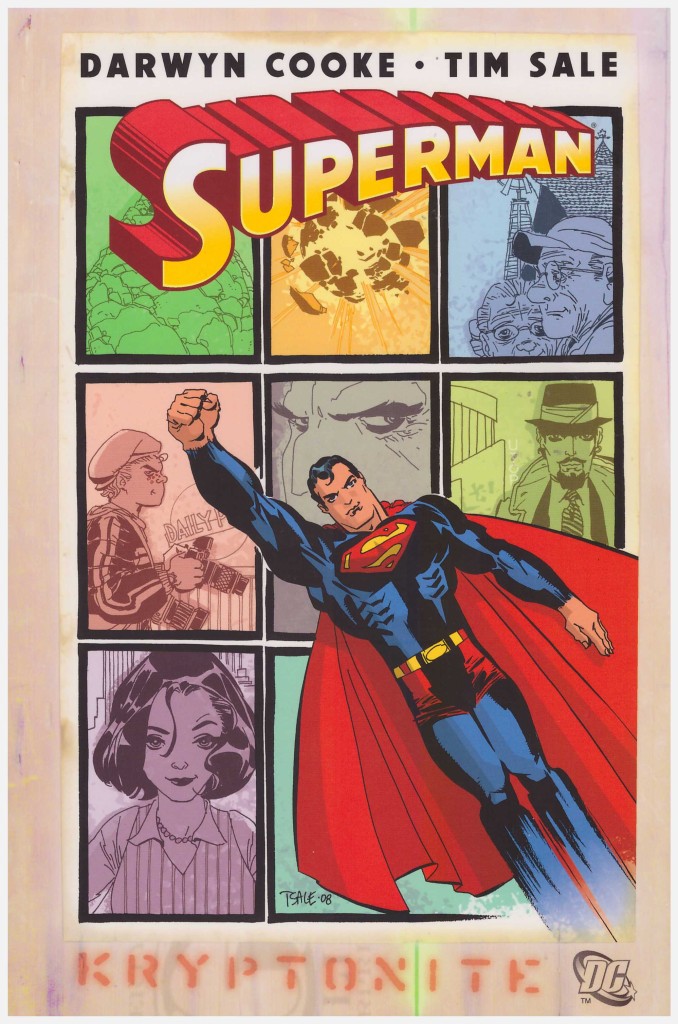 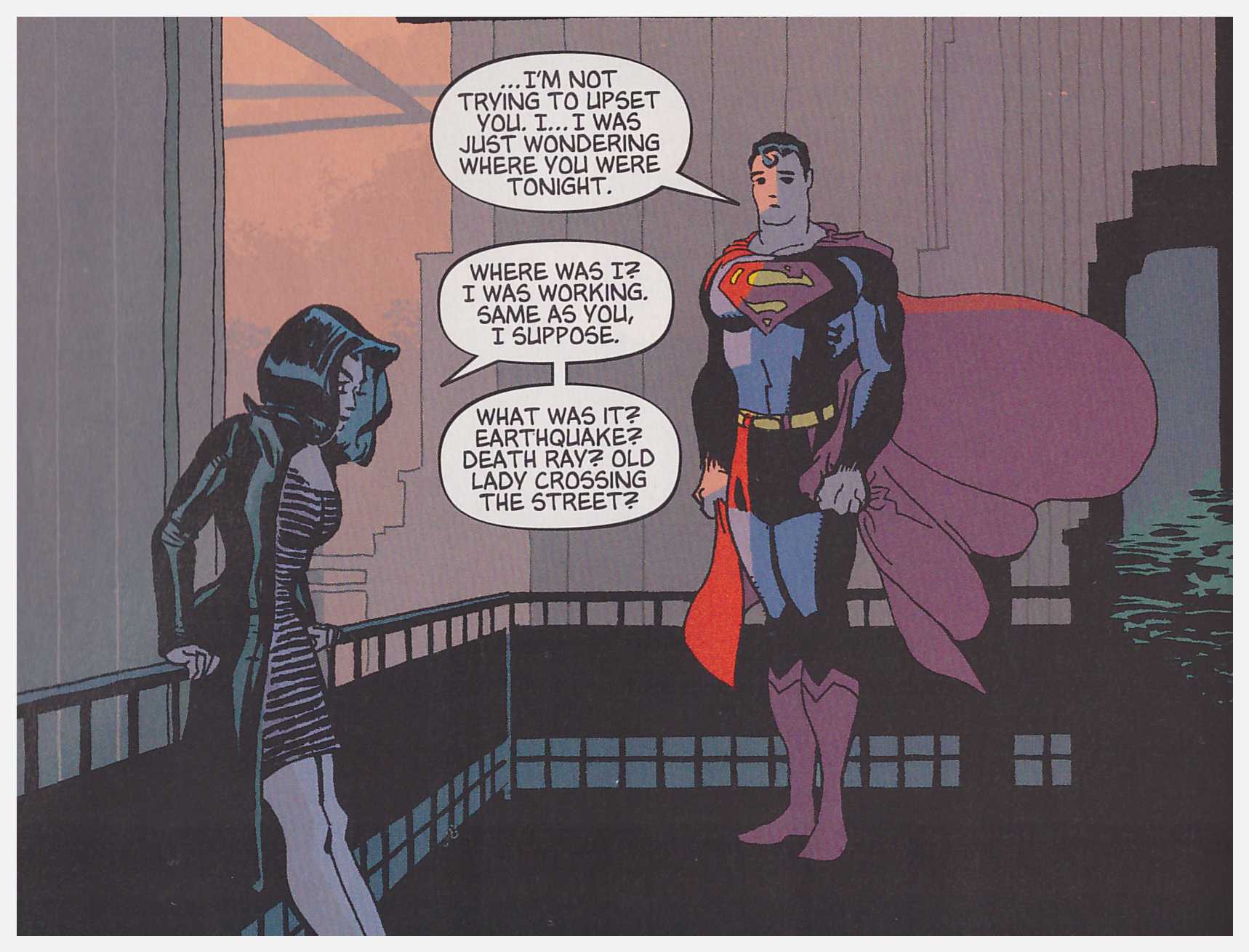 In assessing what story he wanted to tell about Superman, Darwyn Cooke came across the introduction of kryptonite to Superman comics, and loved it. He took the bones of Bill Finger’s plot, and expanded it into something that retains the aura of the 1940s without the vacant simplicity of that era’s comics.

It’s rarely been the case that Cooke has written material for another artist, and Kryptonite is certainly the longest example. Tim Sale’s retro style is heavily influenced by the comics of the 1940s, and so he’d seem ideally matched with the story being told.

For all that, this isn’t Cooke or Sale’s finest work. That neither is a run of the mill toiler, and each has a unique style means Kryptonite stands out, but it would benefit from being more compact, and much pontification and little splicing with action makes for a sometimes dull read.

The plot is set in motion by the arrival in Metropolis of one Tony Gallo, presumed gangster about to open a casino in the city. This alone has taken considerable guile given previous attitudes among regulatory bodies, and newspaper editor Perry White considers something is fishy. It turns out White is correct, just not in the way he imagines.

As Lois Lane inveigles herself into Gallo’s company Superman is learning the meaning of fear for the first time, having been trapped directionless in an erupting volcano. The reader gradually becomes privy to information not yet known to the reporters as each chapter opens with a few narrative pages picturing a great green chunk of glowing crystal.

Where Kryptonite works is the fine interaction between Clark Kent and his parents, the flashbacks opening each story defining Gallo, Sale’s humane depiction of the cast, and Dave Stewart’s excellent mood-defining colours. Where it doesn’t is with the payoff tying into themes of the original story that inspired Cooke, the secret of the kryptonite and the largely superfluous presence of Lex Luthor. Some events spin around him, but his part in the overall plot is largely a forced distraction.

This is a better than average Superman story, but far from the best Cooke in particular has to offer. A 2019 Deluxe Edition replaced the paperback, offering an oversized hardcover package.