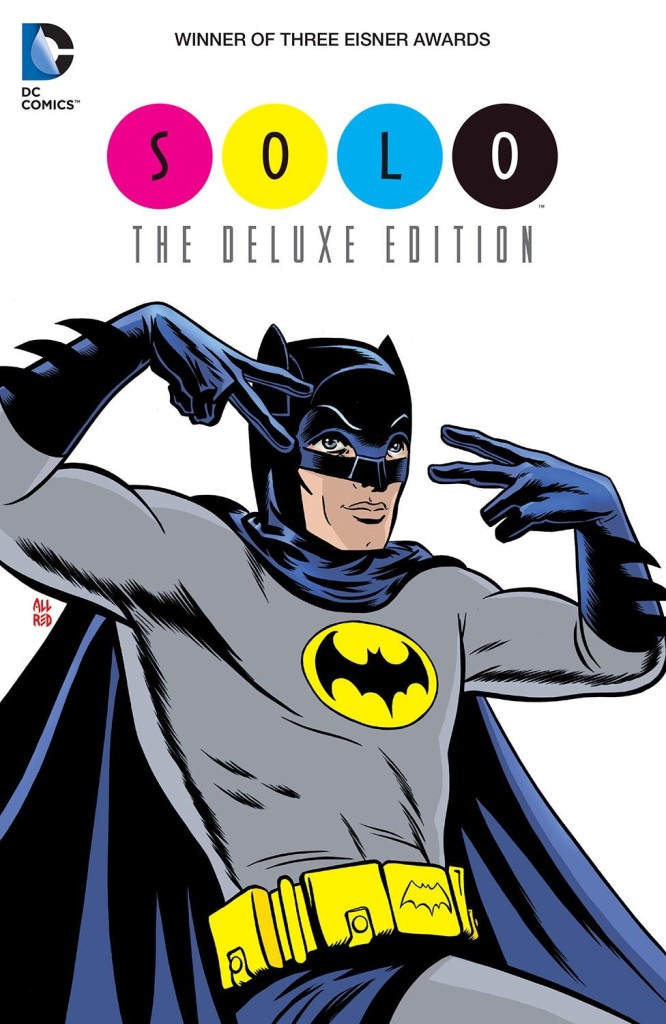 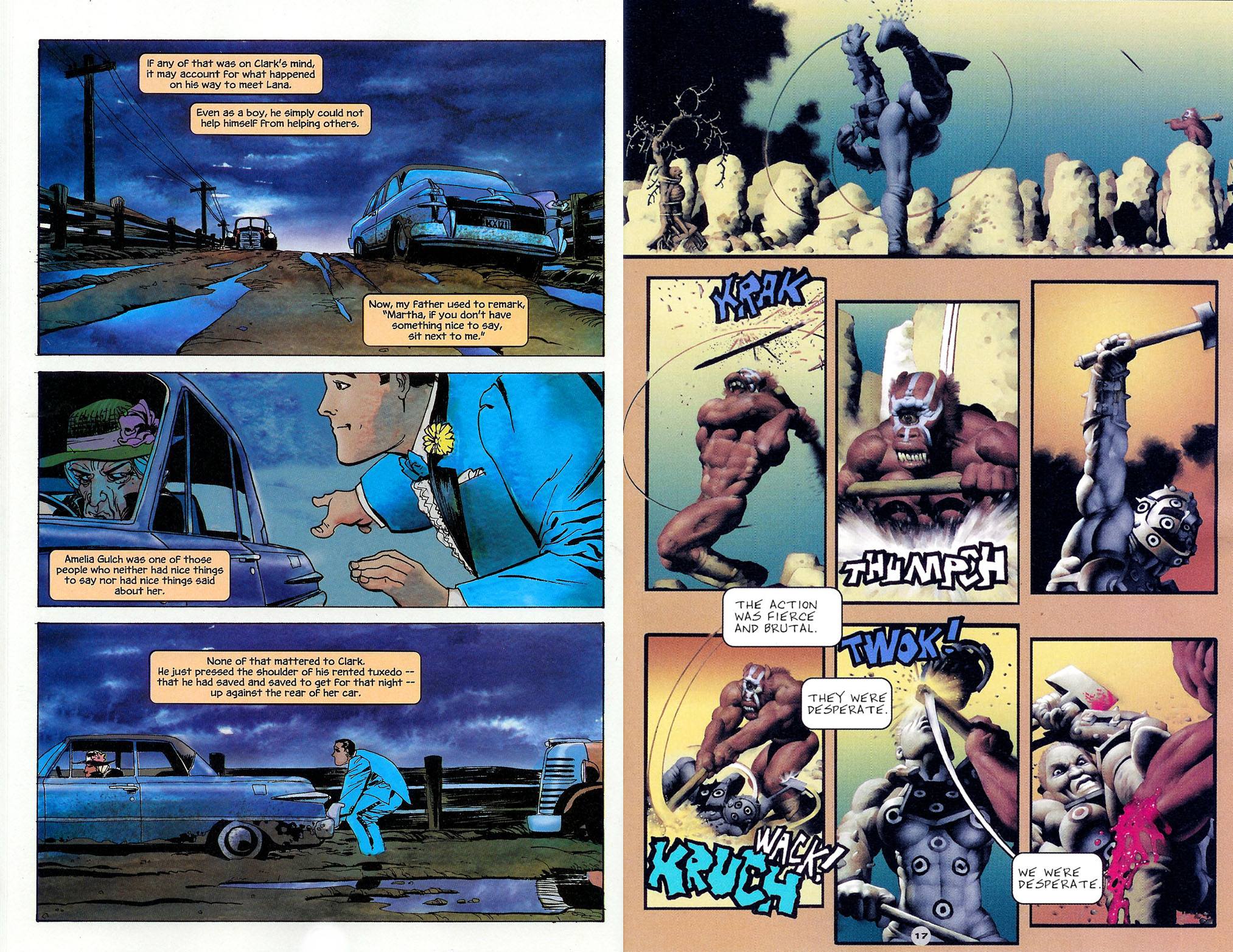 The concept of Solo was simple. Editor Mark Chiarello approached respected comic artists with the opportunity to fill 48 pages with the stories they’ve always wanted to tell. As this was a DC publication, DC characters were available for use, but this wasn’t compulsory. The only editorial interference was to remind the creators that their names would be on the cover in large letters.

One might have assumed this offer had previously come their way. Yet Howard Chaykin, whose career spans four decades, notes “I spent a couple of months having the time of my life, embracing the chance to take a shot at all those genres that made me love comics”. His enthusiasm shines through his genre-slicing contributions.

For others the joy was being able to step into the DC playground. Michael Allred’s pages are exclusively filled with loving versions of the characters he grew up with in the 1960s, and while Damion Scott is younger, he takes the same approach. Tim Sale’s work is primarily DC characters (sample left), although there’s a loving piece dedicated to his parents, and several other artists find the temptation of a Batman strip irresistible. Paul Pope applies a nostalgic touch to the original 1970s Omac, and won an Eisner award for his Robin strip, and most surprising of all is Richard Corben (sample right) taking on the Spectre.

Jordi Bernet surfs genres and solicits scripts from American writers, but given his usual European audience where he’d be able to place any work, he doesn’t quite fit the editorial profile. The same might apply to Corben, but Pope notes the offer came at exactly the right moment in terms of career choices.

For all the stories, the creators were primarily selected on the basis of their distinctive approaches to comic art. Brendan McCarthy, always visionary, contributes design work and whimsy alongside strips, providing the impression he’s filling some pages rather than fulfilling a dream. It’s perhaps surprising that Scott Hampton is the artist who is the most experimental with his art. While some strips are in his familiar watercolour style, there’s one detailed in grey wash, one slightly looser, and one in a dense black style that could be mistaken for another artist altogether.

Scott, too, switches styles, and Darwyn Cooke also offers variety, re-working a Batman story he loved as teenager, supplying several different techniques of cartooning. 1950s agent King Faraday is depicted in a manner not too far removed from his Parker adaptations, and there are some pointed stories about war. When published as a comic his contribution also won an Eisner Award.

This is a stunning selection of work, and surely no-one’s going to like everything, but as few strips extend past ten pages it’s easy to skip to something matching individual taste. The most unconventional approaches are the hip-hop influenced art of Scott, the cartooning of Sergio Aragonés and the etoliated work of Teddy Kristiansen, but all are excellent within their framework. Aragonés’ style is extraordinarily adaptable. He applies pretty much the same look familiar to readers of Groo to historical material and the poignant recollection of his arrival in New York.

While the comics this reprints were standard size, DC have issued this book in their larger format hardback package. Each of the artists represented also supplies an extended sketch section to accompany their biography in the back of the book. If there’s one slight drawback it’s the tendency for some pages to disappear into the central gutter in such a large book, but this only rarely impacts on readability. In the UK the DC Comics Graphic Novel Collection spread the content over two smaller sized hardcover editions.