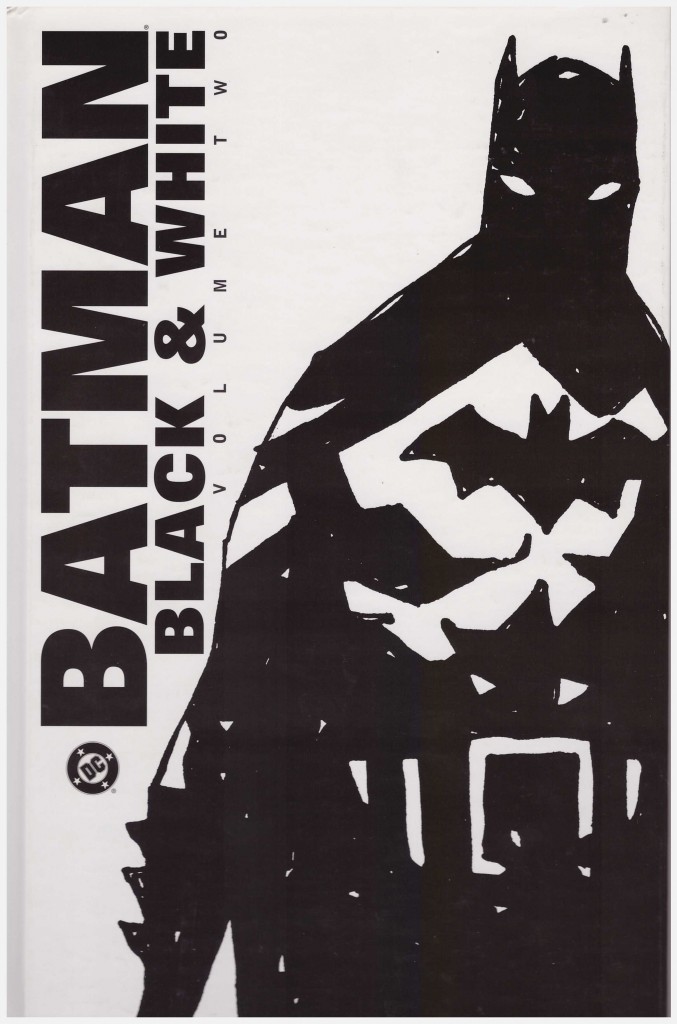 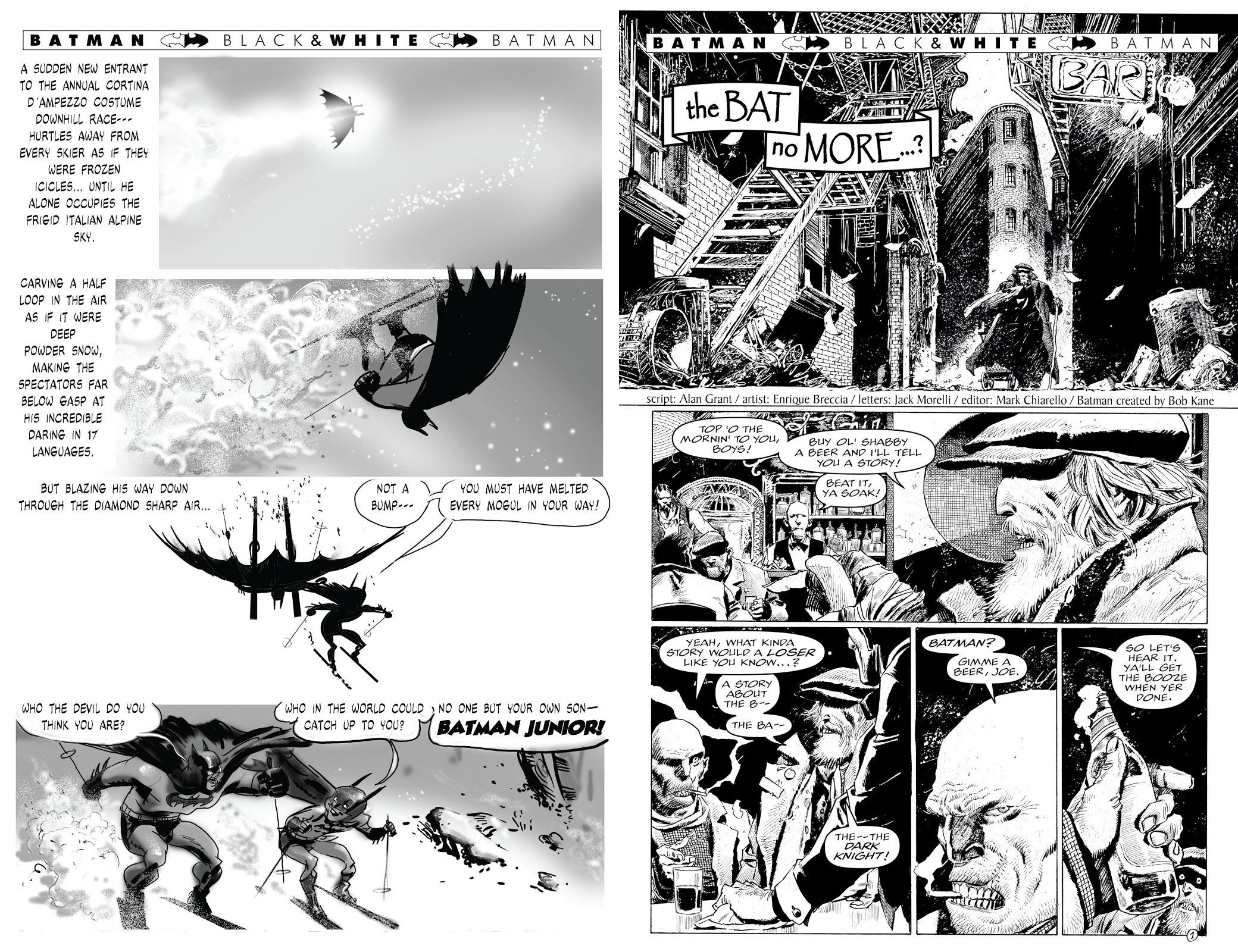 Given the stunning line-up of talent contributing to the first volume of Batman: Black and White, the expectation might be that a follow-up would by definition be a lesser work. This isn’t the case. A significant difference, though, is the first volume’s selection of creators who’d rarely, if ever, worked on Batman previously, or indeed on superheroes generally. This edition is packed with names familiar from superhero comics, yet with the artistic quality of the first volume to inspire them. Interestingly, as in the first volume, most creators shy away from use of Batman’s villains to supply more personal and intimate material.

Among the novelties supplied is the rare opportunity to see some artists in black and white. Alex Ross retains his painterly naturalism by working with shades of grey, while it’s interesting to note that the stark black toned art of Eduardo Risso is enhanced by colour. There’s also a greater variety of tone, with some tales specifically humourous this time. The animation team of Paul Dini and Ronnie Del Carmen supply a pining Harley Quinn, Ty Templeton and Marie Severin’s pastiche is overt in the manner of Mad magazine, but Dave Gibbons plays his version po-faced, echoing the 1960s Batman TV show, territory also skirted by John Byrne. There’s also the suspicion that Kyle Baker took Robert Kanigher’s odd script and exaggerated it into humorous territory (sample left).

Harlan Ellison’s enthusiasm is such that he appears to have been waiting his whole life to write a Batman story, and comes up trumps both with a clever plot and with spectacular art from Gene Ha. Steve Rude inked by Mark Buckingham is a fine combination delightfully illustrating Chris Claremont’s script about Batman out of his depth.

Some elements don’t work as well. John Buscema’s bulky, almost Conanesque Batman conveys the impression that illustrating the character wasn’t the treat for him that fans might anticipate. Daniel Torres appears interested in drawing everything but Batman, while Jim Lee prioritises pin-ups in preference to storytelling, not that Warren Ellis offers him much.

Countering that are Gene Colan living up to expectation, and fine efforts from Paul Pope and the team of Alan Brennert and José Luis García-López looking at Gotham’s earlier hero’s first meeting with Batman. A spectacular artistic treat ends the book in the form of all too rare English language work from Enrique Breccia (sample right). He takes Alan Grant’s already disturbing tale about the Scarecrow, and twists the master of fear’s demons into exquisitely cross-hatched dark corners.

It would be seven years before volume three.