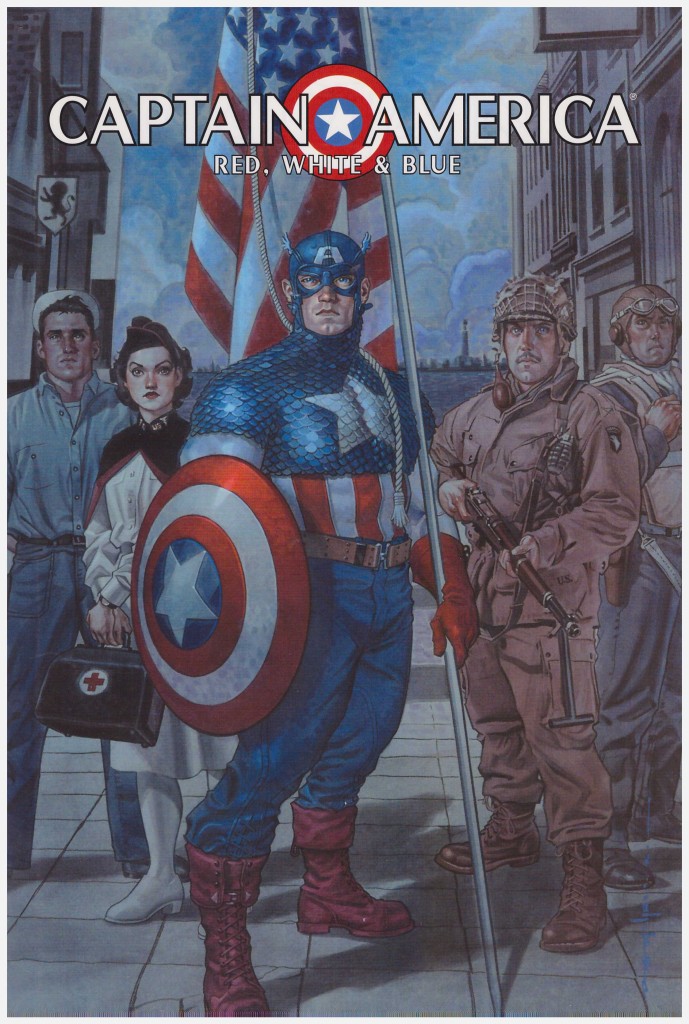 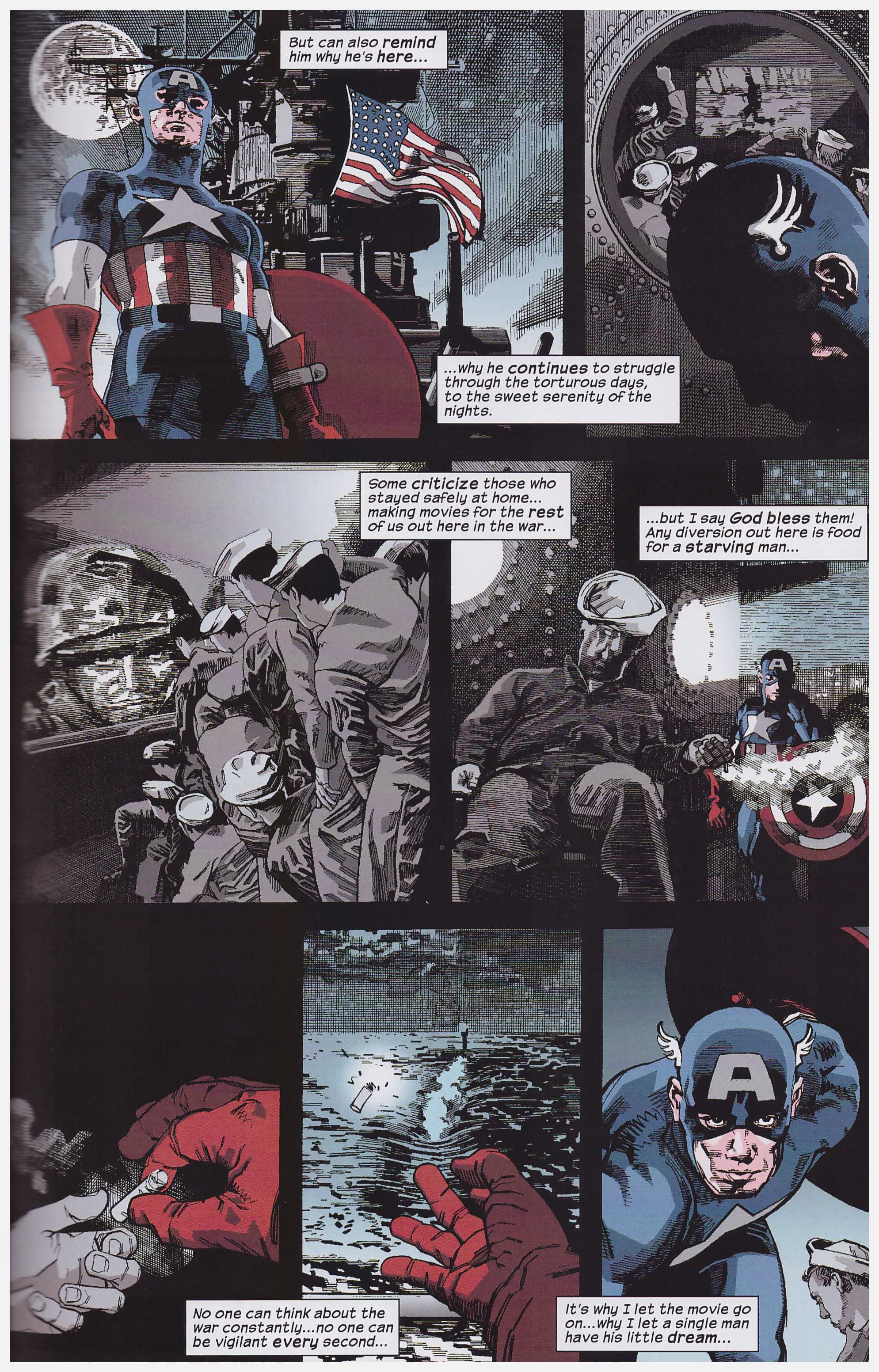 For the 60th anniversary of Captain America’s first appearance Marvel produced this mismatched hardcover collection. It breaks down approximately 50/50 into newly commissioned shorts starring Captain America, and reprints covering the best of the previous years. Those are in full colour, while the new material is restricted to the colours on the American flag, hence the title. There is a fudge, though, as without the addition of black the strips would look very strange indeed.

Starting with the reprints, we were still three years away from Ed Brubaker and Steve Epting’s run in 2002, and an argument that Captain America had been long on mediocrity since his 1960s revival is indicated by the selection offered. Jim Steranko and Frank Miller didn’t draw half a dozen issues between them, yet each is represented. This is alongside the then current team of John Reiber and John Cassaday overdosing the patriotism and Jack Kirby’s ten page origin of the Red Skull. It’s all serviceable, with Steranko’s art still shining, but the stories are hardly first rate.

Sadly, that also applies to much of the celebratory content, where the art far exceeds the writing. Philippe Berthet, Frank Quitely, Alex Ross, and Bruce Timm all produce stellar artwork in the service of ordinary stories, or in Ross’ case an origin montage. The scratchy art of Mike Huddleston inked by Bill Sienkiewicz works against Mark Waid’s story, which is crying out for clean lines, and Tony Salmons produces his tale in Kirby’s style, but can’t pull it off.

Several pairs of collaborators inject a political element to their stories, and the best of these is Jeff Jensen and Mike Deodato’s aligning of Captain America with the KKK. Max Allen Collins placing Cap in front of Anti-American hearings in the 1950s is a good idea that sets up an intriguing problem, but plummets into cliché for the ending, while Vatche Mavlian’s art is eccentrically interesting. David Lloyd and Paul D. Storrie’s bar argument has its moments, but is desperately gloomy.

The strips that work best are largely those with an element of humour, an exception being Bruce Jones’ clever narrative strip illustrated in an appealing turn of the 20th century pen and ink fashion by Richard Piers Rayner (featured as sample). Evan Dorkin presents Captain America and Baron Zemo in the fashion of his Milk and Cheese strip, Dean Haspiel illustrates ‘Capsploitation’, a faux exploitation movie, and Peter Kuper supplies a tribute to Winsor McKay.

Cap is only symbolic in Paul Pope and Nick Bertozzi’s contribution. It features the Red Skull in his Nazi prime, overseeing the education of the next generation of Nazi youth, one of whom is caught with a Captain America comic. The story progresses from there into some very dark and unpleasant places, but has its claws in the reader, and Pope’s offbeat perma-sweating cast are extremely appropriate.

At its original $30 cover price this was hardly recommendable, but second hand copies are available very cheaply now, and the quality material alone is worth those prices.