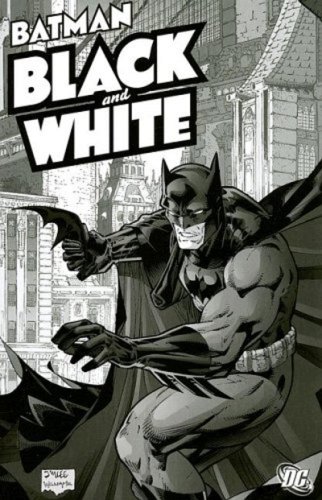 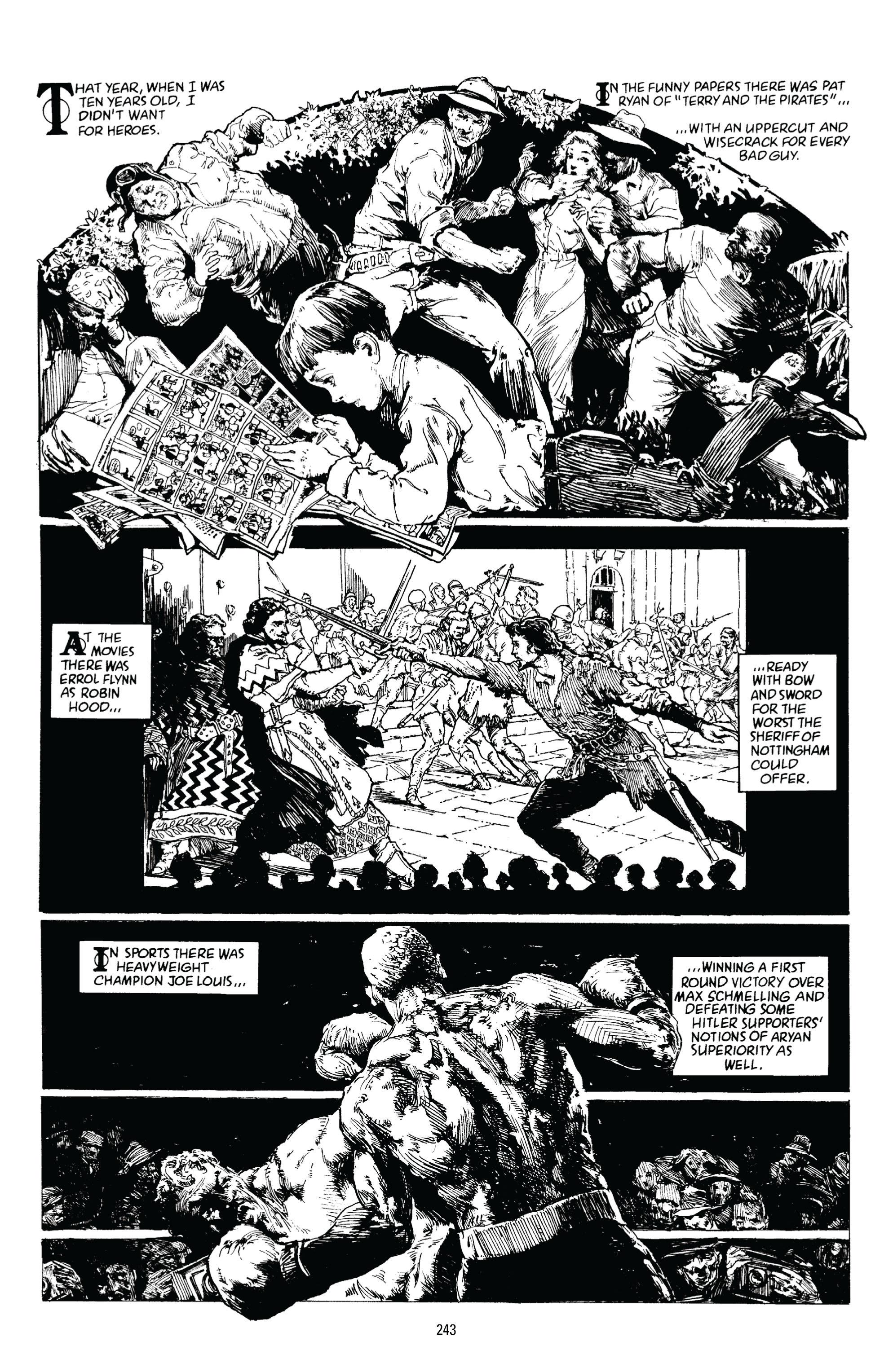 Aware of numerous top class creators who would never commit to working on a regular Batman title, or even a one-shot, editor Mark Chiarello conceived Batman: Black & White. Those same creators might be prepared to deliver their distinctive interpretations of a globally recognised character if their commitment were only eight pages with no regard to ongoing continuity, and with a less stringent attitude to deadlines. He was right.

This first collection is a veritable treasure trove of artistic greats. José Muñoz rubs shoulders with Teddy Kristiansen, Liberatore and the under-rated Jorge Zaffino. There’s Richard Corben, Joe Kubert, Ted McKeever, Kevin Nowlan, and Brian Stelfreeze, each utterly different in style and approach. Then those whose versions of Batman have been seen before or since: Howard Chaykin, Bruce Timm and Matt Wagner, the latter reminding us of the wonder of letratone. Some creators only contribute a cover or a pin-up, so this collection includes Neal Adams’ and Alex Toth’s first published Batman since the 1970s, Frank Miller’s since his groundbreaking The Dark Knight Returns, the delicacy of Micheal Kaluta, P. Craig Russell and Barry Windsor-Smith, the faux realism of Alex Ross, and Moebius’ unique viewpoint.

A unique approach appears to have been a further editorial edict, with creators encouraged to be true to themselves. This does result in the occasional odd or jarring take on Batman, but that’s a small price to pay for the remainder. Yet this is very much a collection spotlighting spectacular art. That’s not to say the stories are poor – few are – but the writing lags behind the facility of the art. An exception is Archie Goodwin’s simple and effective tale for Gary Gianni (sample page), playing to his love of early 20th century illustration, which picked up an Eisner Award in 1997. Some creators do deliver on both counts. Chaykin and Bill Sienkiewicz each riffing on forms of social responsibility for instance.

It’s interesting that most creators here don’t appear attracted to Batman’s equally iconic villains, yet their use is all among the better writing. Bruce Timm, then known only as an animator, supplies a compressed gem about Two-Face, and Neil Gaiman represents Batman and the Joker as actors effecting a script, which minimises Simon Bisley’s artistic strengths, but he comes through. Brian Bolland’s script permits him to illustrate the villains without actually involving them to any great degree.

An anthology title will never be all things to all people, so selecting one satisfying tale, there’s Walt Simonson’s ‘Legend’. It’s set in a bleak future and told in the form of captions permitting large images re-designing Batman several times. Balancing that with a disappointment is Katsuhiro Otomo, on publication high profile in the USA with the translation of Akira and its animated adaptation. No complaints about the art, but his story a muddy and unconvincing interpretation of what can get to Batman.

The concept was popular enough to deliver three further volumes spaced across the decades since. Chiarello’s concept of giving artists free rein would also spawn the admirable Solo.