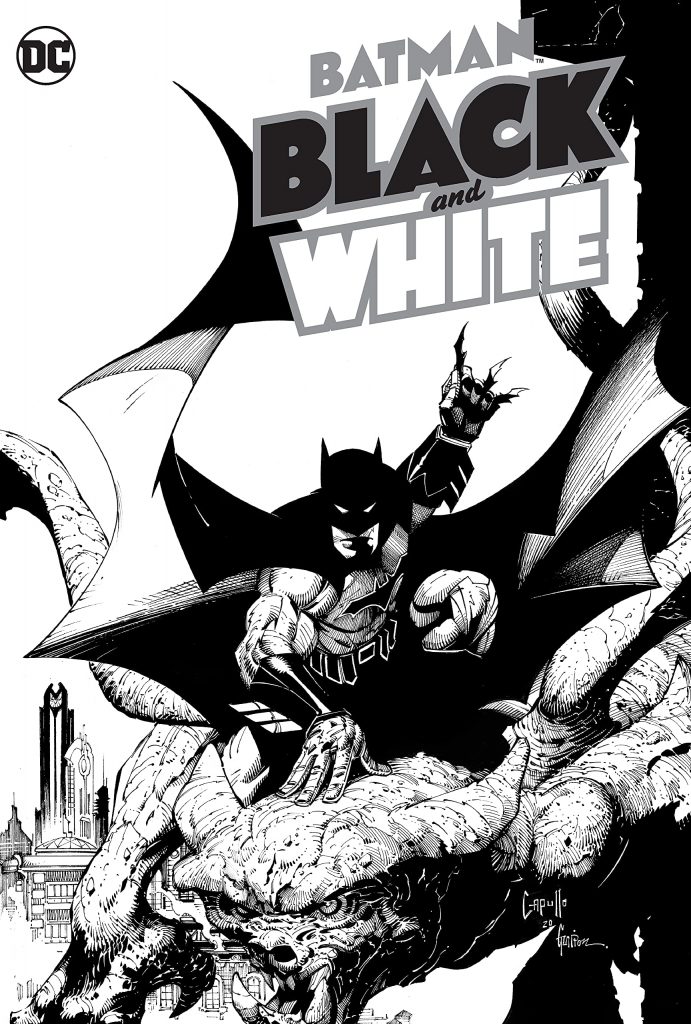 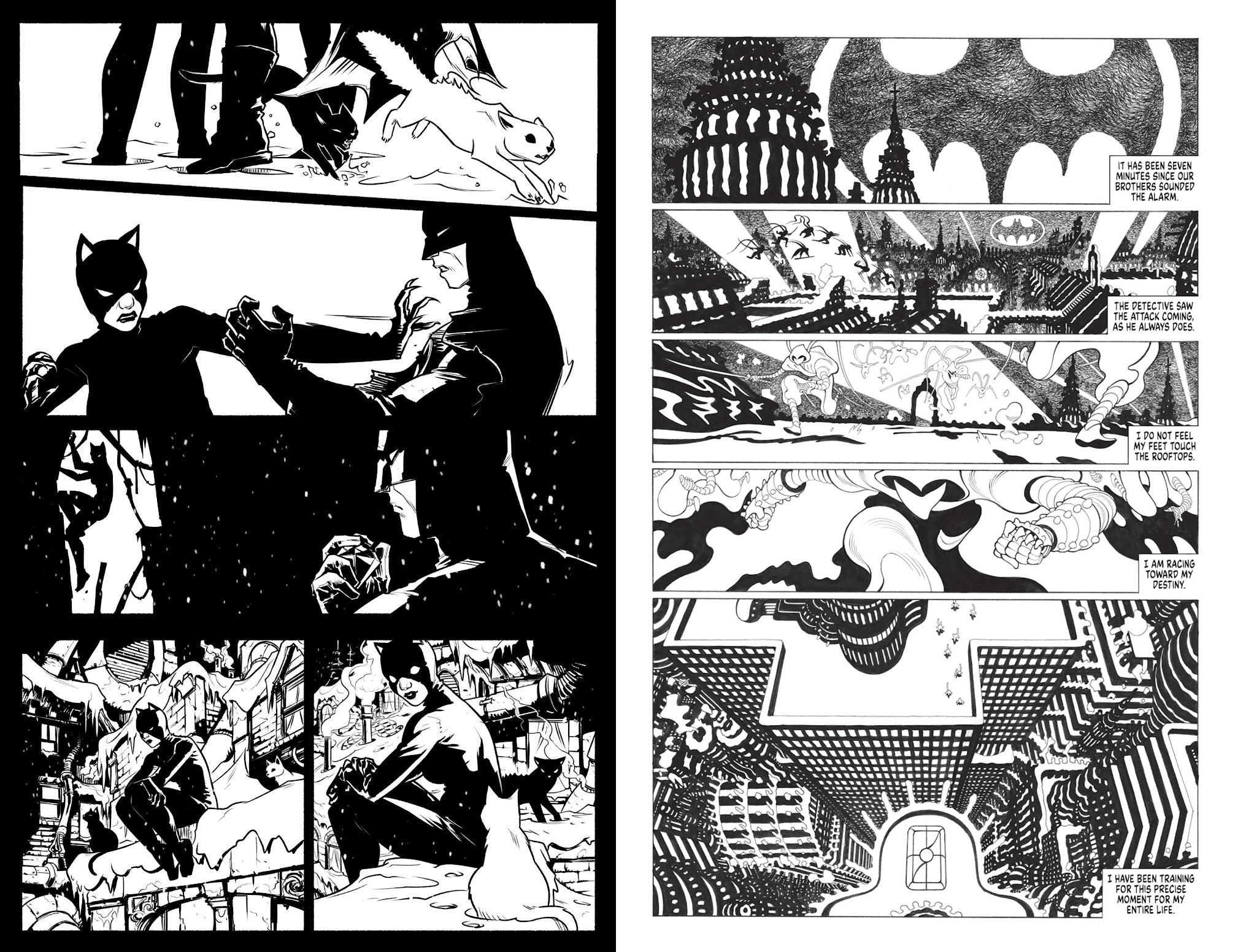 Batman: Black and White has always been intended to tempt creators, primarily artists, unable to contribute to a full-length Batman project, and from the beginning the drawback has been great art on largely average scripts. Considering that from the mid-1940s Will Eisner created the template for a short story with a leading character featuring action, humour and drama, it’s surprising that in 2020 so few of those working on Batman shorts can match that finesse.

It should be noted that this isn’t just sub-par contributions from writers, but artists who would usually be paired with writers instead drawing their own scripts. Given the artistic results seem to elevate even superior creators there is a sense of awe on turning the pages, but too many only have average writing skills. A definite exception is Jorge Jimenez, who delights, and a possible exception is David Aja, who delivers a serialised Batman newspaper strip dated 1949, where it’s difficult to decide whether some clumsy phrasing is all part of the homage. These shouldn’t be confused with contributors used to both writing and drawing their own material such as Sophie Campbell (sample spread left).

Taking The Spirit as a benchmark, among those hitting the target are Becky Cloonan and Terry Dodson’s story mixing a death, tarot cards and circus life, and ‘The Demon’s Fist’ by James Tynion IV and Tradd Moore (sample art right). Moore’s actual Batman may not be to all tastes, but there’s no denying some outstanding page compositions. Kieron Gillen and Jamie McKelvie deliver a clever tale where the reader dictates the plot by following directions to numbered panels. Can Edward Nygma really win? Brandon Thomas and Khary Randolph shine with a story starting with a second Bat-Signal, and so do Scott Snyder and John Romita Jr. focusing on a photographer.

As has previously been the case, there’s great stylistic variance, both with regard to the way Batman himself is drawn, and regarding the art generally, although it’s noticeable that cartooning is in decline. First rate cartoonists such as Bilquis Evely and Daniel Warren Johnson have modified their styles for a more naturalistic presentation that slots right into the approaches taken by the other artists.

While the editors might have been a little more proactive with the scripts, they’ve ensured that there’s no overdose when it comes to Batman’s regular villains. We see the Joker, Two-Face, Riddler, the Ventriloquist, Mad Hatter, Killer Croc, Clayface and others, but each only makes the single appearance in this collection.

Fantastic art is still the order of the day, and there are some smart, insightful and surprising stories here, just not as many as you might hope for.