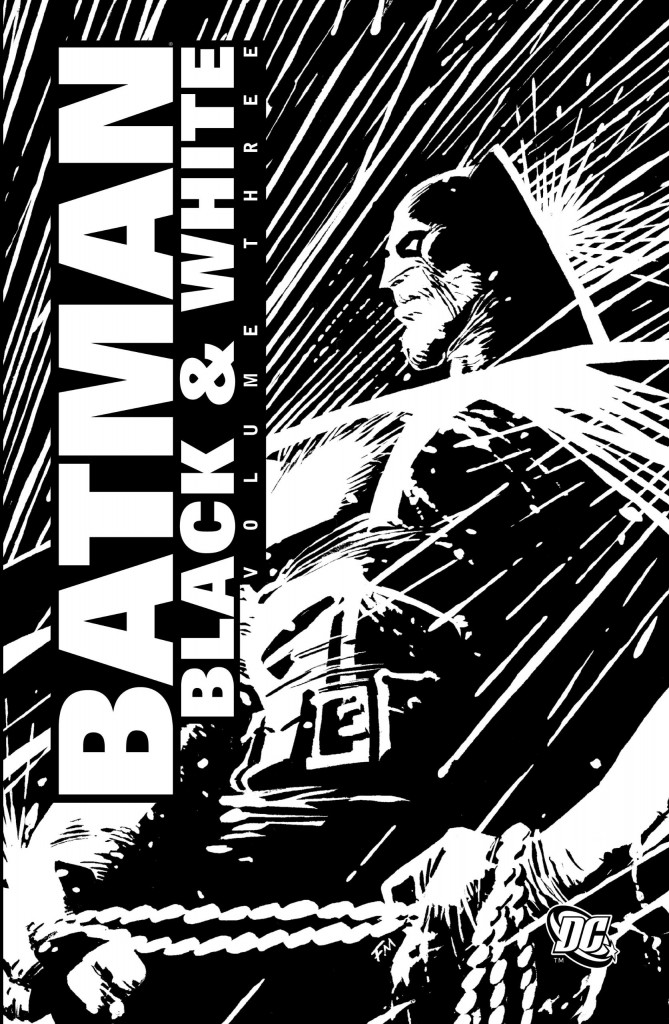 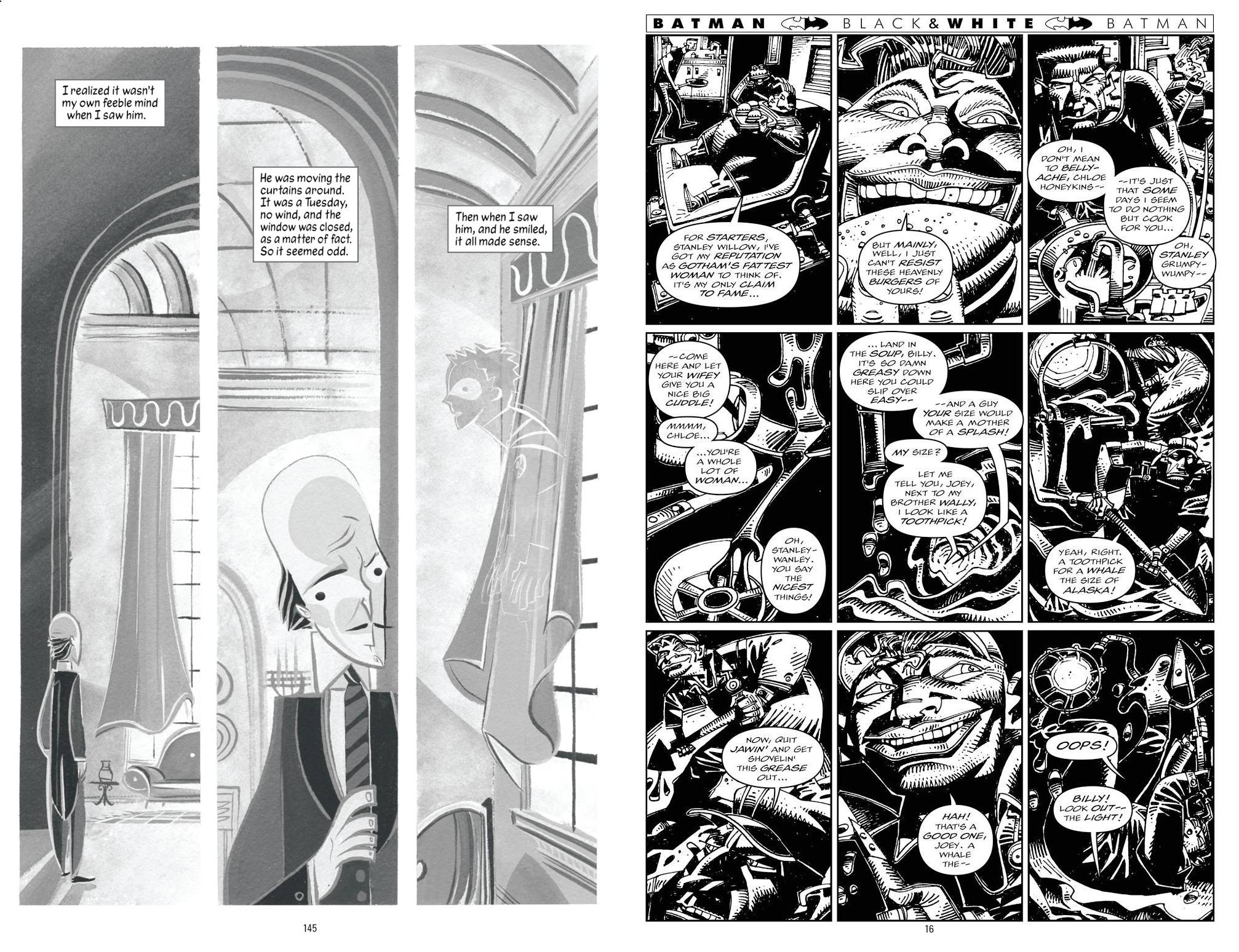 A decade elapsed between the publication of volume one and this third collection of short Batman tales in black and white. In the intervening years a new generation of independent comic artists emerged and flourished, and it’s their work that provides the bulk of this collection. It leads to a greater diversity of style than either of the previous volumes, from the opening grey wash realism of Aron Weisenfeld to the curved lines of Scott Morse (sample art left), from Mike McMahon’s claustrophobic expressionism (sample art right) to the cartoon naturalism of Philip Bond, from Nathan Fox’s kinetic blurs to the traditional draftsman’s values embodied by Dick Giordano.

While Chris Bachalo, experiments with layouts, and Jason Pearson with his style, Alan Davis delivers the solid storytelling for which he’s justly praised. There’s also a first, in Dan DeCarlo, famous for his Archie work, illustrating a delightful story about Barbara Gordon’s day contrasted with Batgirl’s night, with no Batman in sight.

The major factor separating this volume, and its successor, from the previous works is that the door has been opened to writers unable to draw their own material being paired with collaborators, although Darwyn Cooke both writes and illustrates, just not on the same strip. These range from those well known to fans of superhero material to English novelist and screenplay writer Alex Garland making his comics début.

Garland is paired with Sean Phillips, for a clever story combing both wistfulness and a surprising mirror image. Other highlights include Brent Anderson drawing Will Pfeiffer’s ‘Urban Renewal’, a loving glimpse back at the Batman of old and a musing on architecture, a theme also explored by Dean Motter. Ryan Sook’s illustration for Ed Brubaker’s story of a crook given a rare second chance by Batman works well, there’s quite the surprise in ‘The Lesson’ by Julie Schwartz, Dan Raspler and Christian Alamy, and Cooke illustrating Paul Grist’s plot is a fine combination if we can’t have Grist drawing it himself. Michael Kaluta contributed a pin-up to volume one, and now draws a strip, the young girls within recalling his Starstruck material, and Mark Askwith skilfully incorporating wildly un-associated elements.

The sheer variety of approaches here guarantees no-one will like everything supplied, and the overall appeal is likely to hinge on your appetite for takes on Batman far removed from his regular material. Divisive creators are also used. For every person who considers Ann Nocenti’s scripts ground-breaking and merely requiring some thought to join the dots, there’s someone believing them rambling and disconnected. John Bolton’s muddy illustration hardly aids in coming to a conclusion.

An interesting bonus feature is photographs of statues created from versions of Batman in previous volumes, together with production sketches from the artists represented. Sadly, though, this book dispenses altogether with the creator biographies so proudly presented in volume one, and accorded less space in volume two. It’s rather a shameful omission given the series trades on creator-driven interpretations of Batman. They return in volume four.