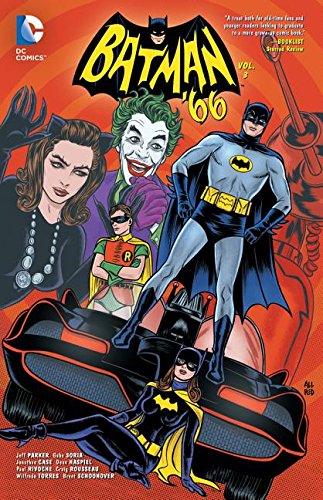 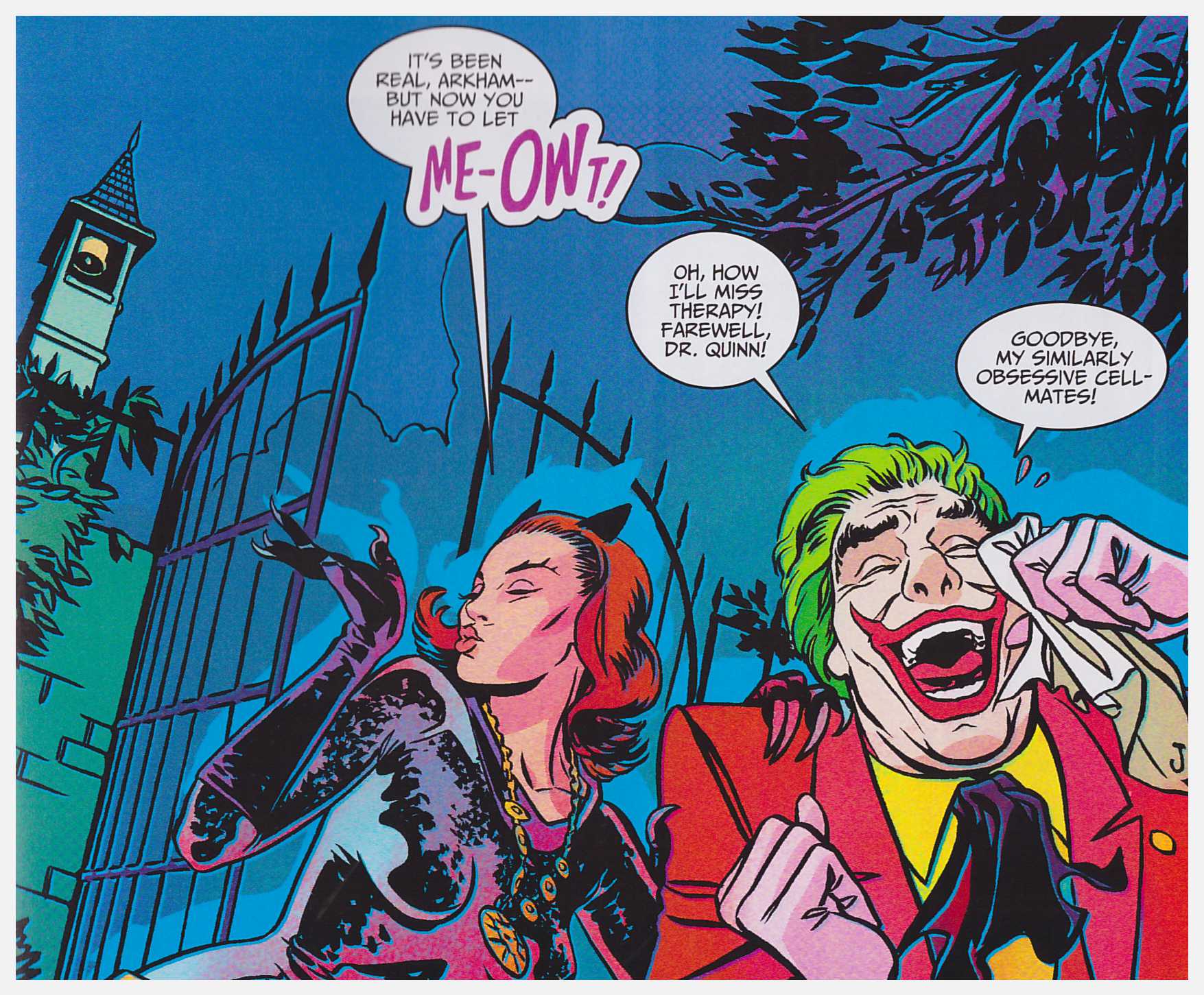 There was a slight dip in quality for the second collection of tales based on the 1960s Batman TV programme, but we’re back on form here, with all artists pulling their weight, the majority of scripts from Jeff Parker, and his occasional replacements not letting the side down.

An element Parker consistently has fun with is the manner in which the TV show faked attempts to be educational, with Batman continually hammering home portions of learning, most obviously toward Robin. “It proves what I – and many other paleontologists – have long suspected. Neanderthals were no less reasoning that our Cro-Magnon ancestors.” or “True Robin, but not many people would know that Shakespeare coined many phrases that we use in our everyday language today”.

The artwork is improved for this collection, appropriately comic, but more naturalistic than cartooning, with likeness recognisably those of the actors from the TV show. The weakest remains Craig Rousseau, but the excellent Jonathan Case is back for a teaming of the Joker and Catwoman, striking exactly the right tone between being in on the joke and over-egging it. Dario Brizuela and Paul Rivoche also feature among the artistic highlights.

Knowing nods to the future is a theme running through the book, with Parker seemingly setting up the debut of Harley Quinn, and toying with the idea of a robotic Batman, and Gabe Soria’s script involving a Batman TV show. This, though, is not the ‘real’ Batman, but a dark, brutal and vengeful character who nonetheless captivates the viewers of Gotham.

A number of villains from the 1960s Batman TV series, but scarce or never seen in comics can be found here, including the Black Widow, Marsha Queen of Diamonds, False Face and Egghead, whose genius is substantially expanded. Not, though, to the point where he shuns his egg-based verbal tics.

Previous collections have featured Michael Allred’s excellent covers to the original issues, and the bonus here is his work for several other DC titles in the same style.

Comic fans of a certain age wanting to rekindle some youthful experiences and younger readers should love Batman ’66. It oozes fun, and, oddly, sophistication.