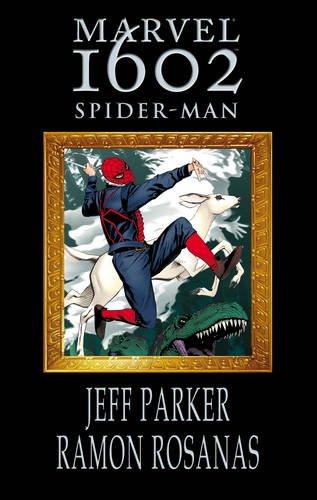 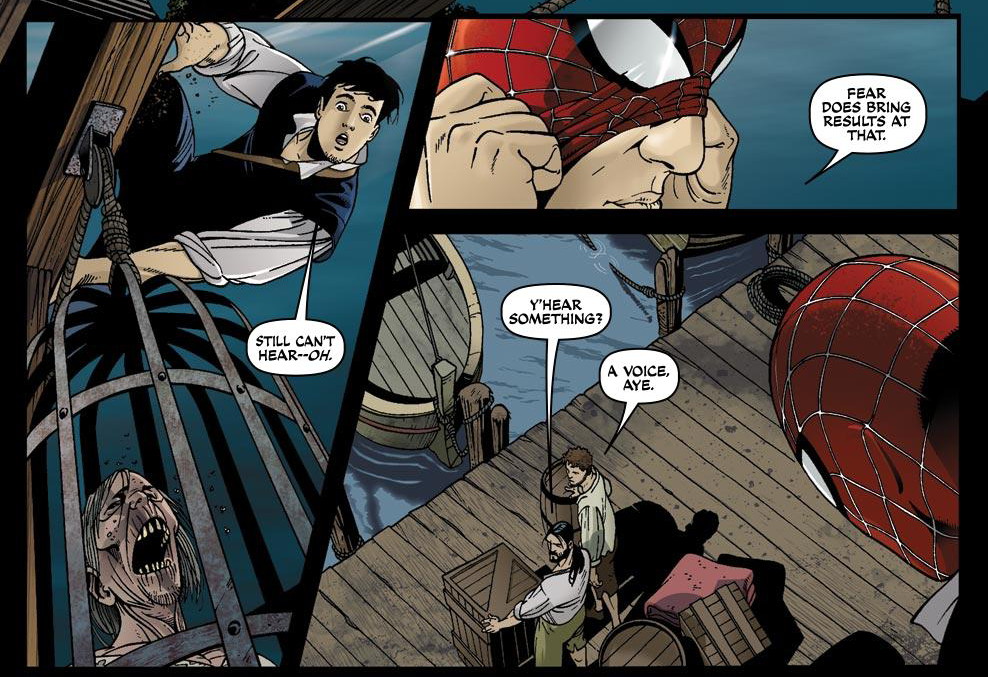 Peter Parquagh was prominently featured in 1602, Neil Gaiman and Andy Kubert’s alternative world fantasy about Marvel characters at the turn of the 17th century. Only at the end, though, was he bitten by a spider, Gaiman having capriciously toyed with the idea beforehand.

Despite the title, it’s now no longer 1602, it’s 1605 and the North American colony has flourished after repelling an initial incursion from the troops of King James. Peter Parquagh maintains employment with newspaper proprietor Jameson while becoming increasingly close to Virginia Dare, daughter of the colony’s governor.

To his credit, writer Jeff Parker moves matters very swiftly into new territory, and Parquagh, his Spider identity revealed, makes his way back to Europe. This being the 17th century, it’s is a perilous journey of several weeks by sea.

This is a very pleasing read after the mundane New World. It lacks the political undercurrent of the original series, but Parker packs in many familiar characters recast for the 17th century, without the plot ever seeming over-crowded. He accentuates the period feel via setting each of the first four chapters in a different location, all of which are decoratively rendered by artist Ramon Rosanas. If there’s a certain predictability to the plot for readers familiar with modern-day versions of the characters introduced, there’s compensation in the imaginative manner some have been re-designed.

Just when this has been pegged as an entertaining romp, but no more, in his final chapter Parker throws in a very good twist indeed, extrapolating the future. This is farewell to the 1602 universe, and the departure is on a high.