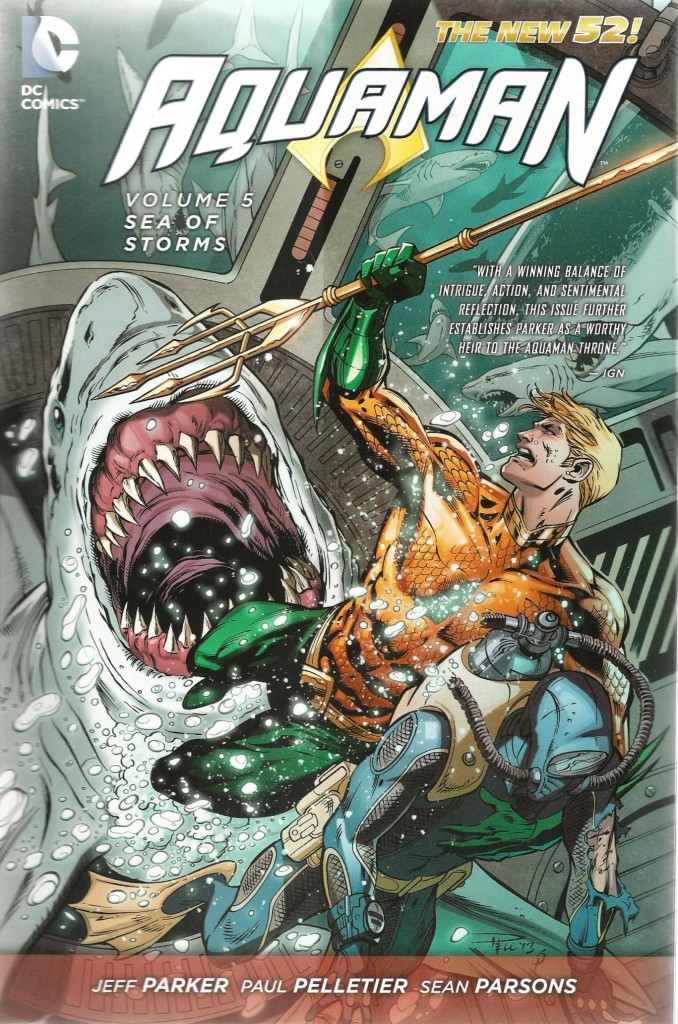 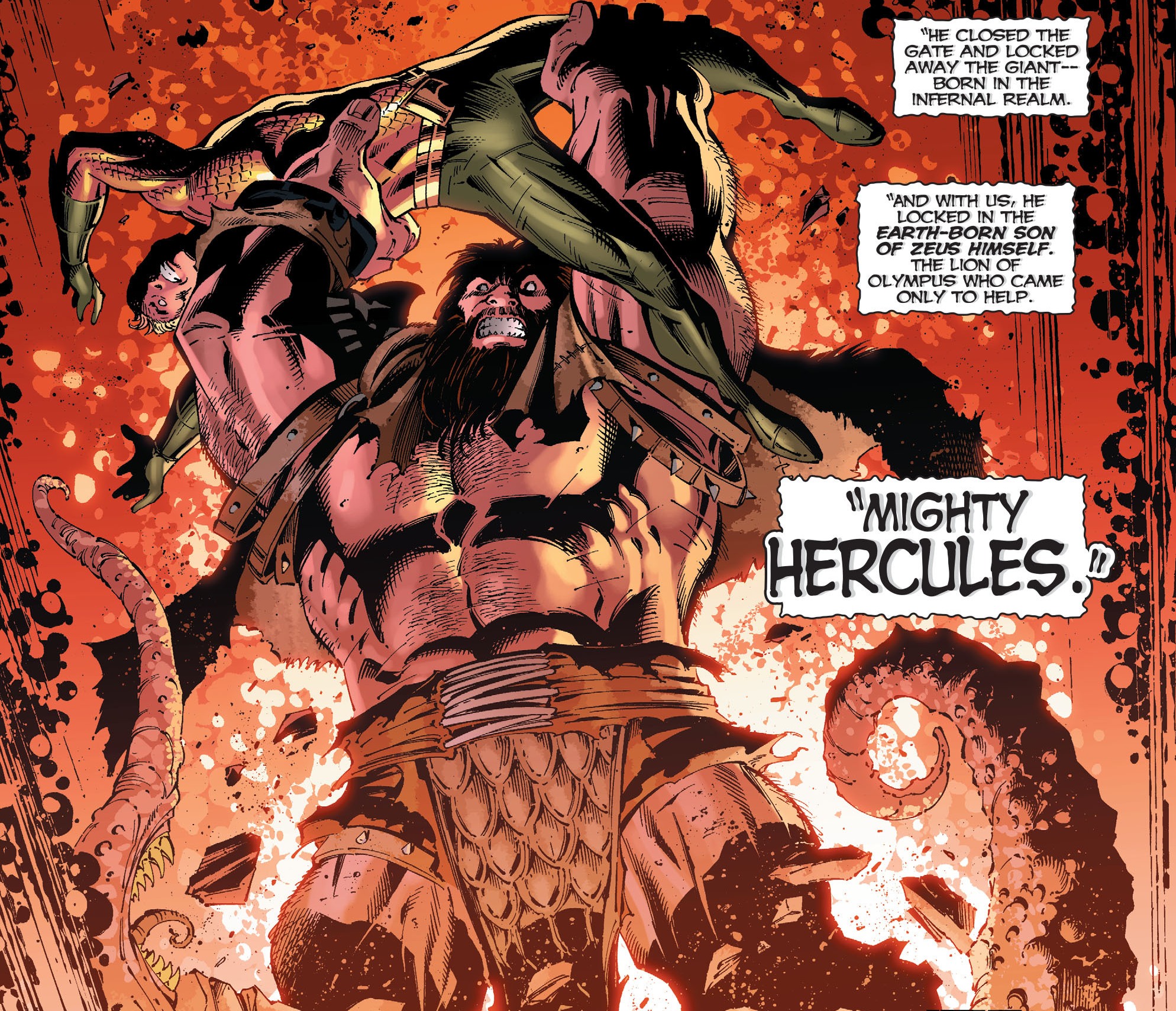 Well, it had to happen. After a long unbroken streak of quality, by the time this volume comes around, we’re brought a large serving of… lesser quality.

New primary writer Jeff Parker has done much good work elsewhere, but he’s noted for his lightness of touch, which, with the exception of a few  segments, is absent here. Instead he constantly brings the grim, with monsters, murders, and mutilations. The primary big bads this time are an exhumed and deranged Hercules and the Swamp Thing, in separate storylines, not teamed up. While it’s all perfectly competent, it’s also all kind of generic, with very little to separate it from any other ‘hero twats giant monsters’ story strand.

One of the much-needed respites to the above is a sequence where Aquaman, or Arthur, and his spouse Mera attend his High School Reunion. The understated, observation-based gentle humour is a pleasing contrast to the ho-hum carnage throughout most of the volume. A strand where Mera, without Aquaman, joins forces with Wonder Woman is also pleasing; the antagonists are the usual spawn of Giants, (mythological kind), but at least the interaction between the two women is well-written and holds the attention.

None of this is bad, so much as ordinary, and we’ve been rather spoiled by this point to expect a little more than just the competent. The mish-mash of fill-in pencillers also detracts from the coherence of the series.

Extras are meagre – five variant covers, three of which (Scribblenauts, Mad and Robot Chicken) are so irrelevant to the title’s tone that they come across as intrusions, rather than enhancements.