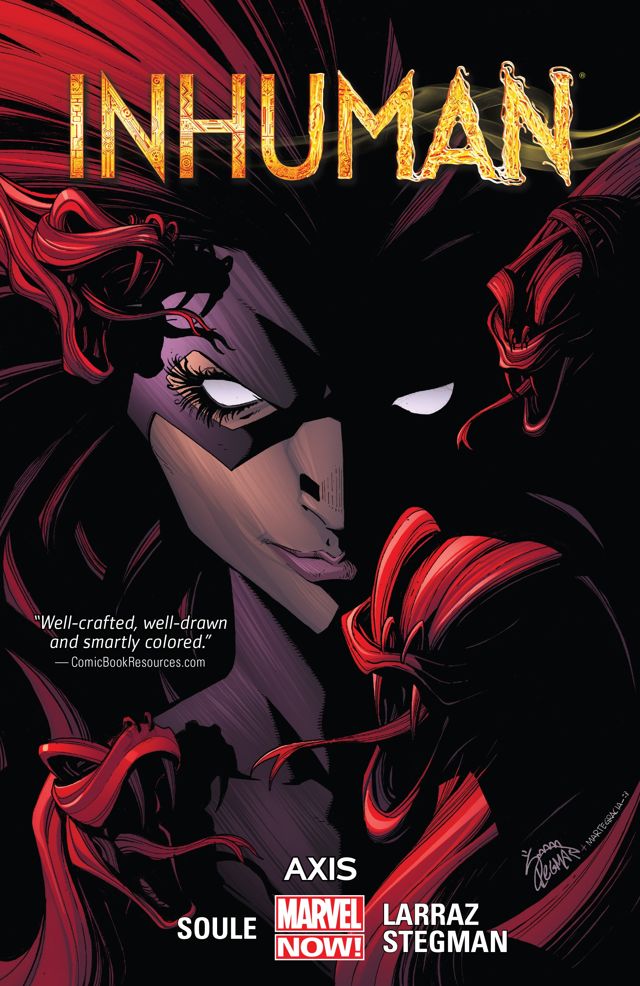 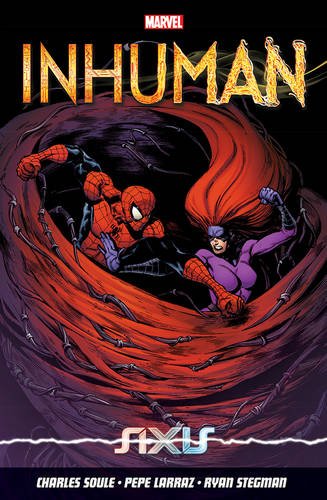 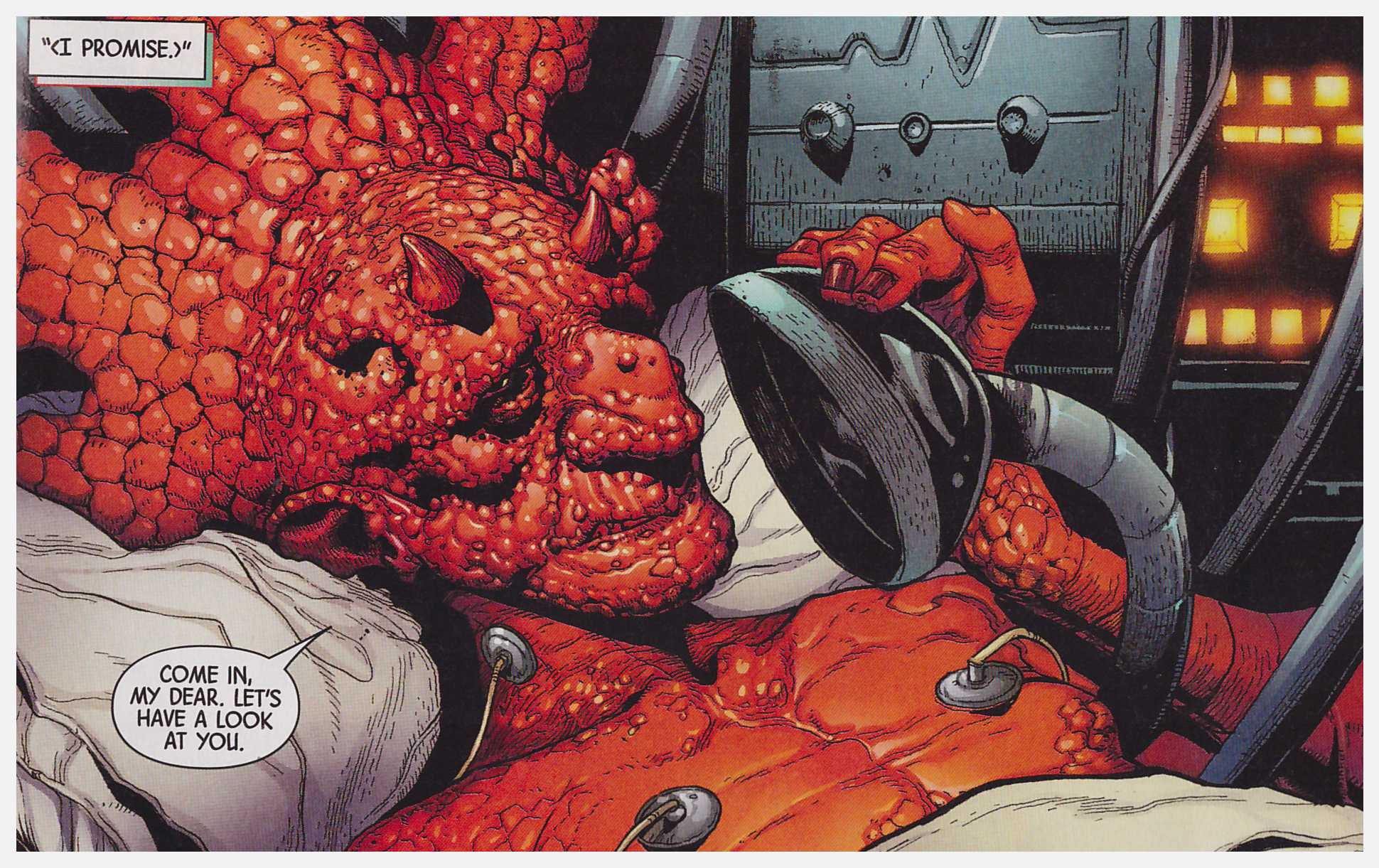 The series introduction was less than inspiring, and this book is tied in with the similarly disappointing Axis, as the title indicates. The signs aren’t good. The signs, though, can be misinterpreted, as this is a considerable improvement on Genesis, and the Axis tie-ins are minimal.

The NuHumans affected by the release of the transforming Terrigen mists have begun to integrate into the New York based Inhuman society Medusa has established. It’s not only Medusa, who’s gathering the newly powered, as a very old Italian corporation is introduced, and Ennilux, while passing itself off as secret and benign, has a nasty side. So, it seems, does Medusa, although she’s very much swithering back and forth. It’s either poor characterisation, or there’s a reason not revealed here. Let’s hope it’s the latter, as Medusa is the core character of this series and if she’s not credible it’s very damaging.

So, was there anyone who truly believed we’d seen the last of Inhumans ruler Black Bolt at the end of Infinity? Also back is his brother and scientific genius Maximus, and that’s never good news. The chapters in which they appear are drawn by Pepe Larraz, and his style isn’t very appealing. There are cluttered layouts and a lack of dynamism. The return of the better considered layouts and clean-lined action scenes of Ryan Stegman after two chapters is much appreciated.

Axis continues the series brief to pack in the introduction of new characters of varying nationalities, feeding them in around the long established Inhumans. The problem is that for every one who’s interesting, two more are unoriginal, recycling commonly seen super powers and even some decent character designs can’t overcome this. The most original of them is completely removed from the traditional superhero, a retired former cop, Frank McGhee, who dresses in an old school rumpled suit and tie, and has light emitting powers. Second on the charisma list is Reader, actually blind, but able to cope quite well due to abilities revealed here. Don’t look to closely into them, and he’s an engaging character. Writer Charles Soule spends the time to develop these characters, so maybe a spotlight in the future will illuminate the remainder.