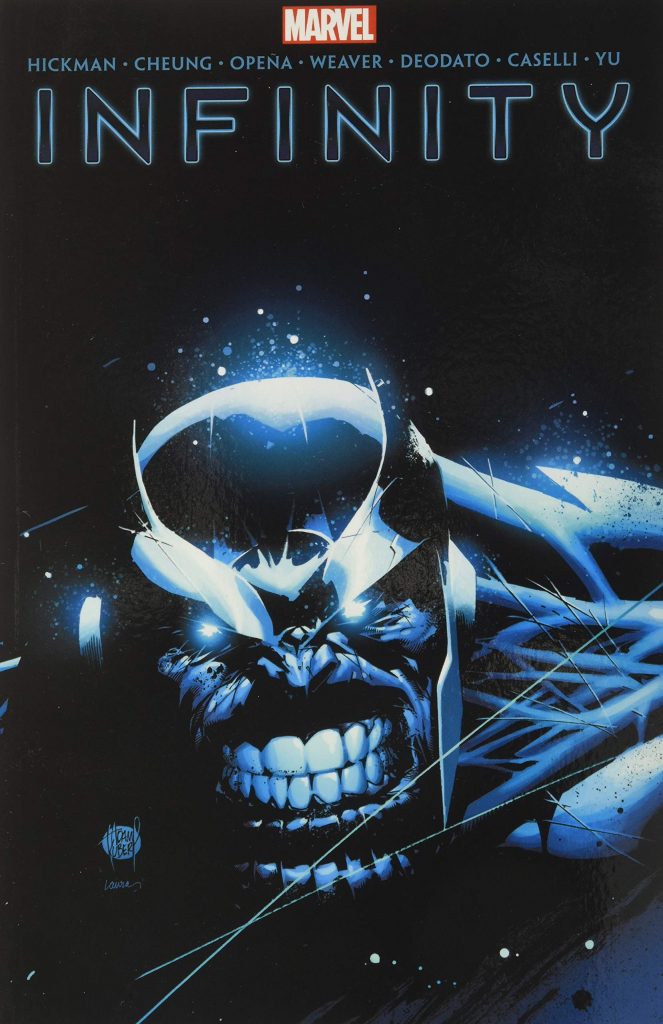 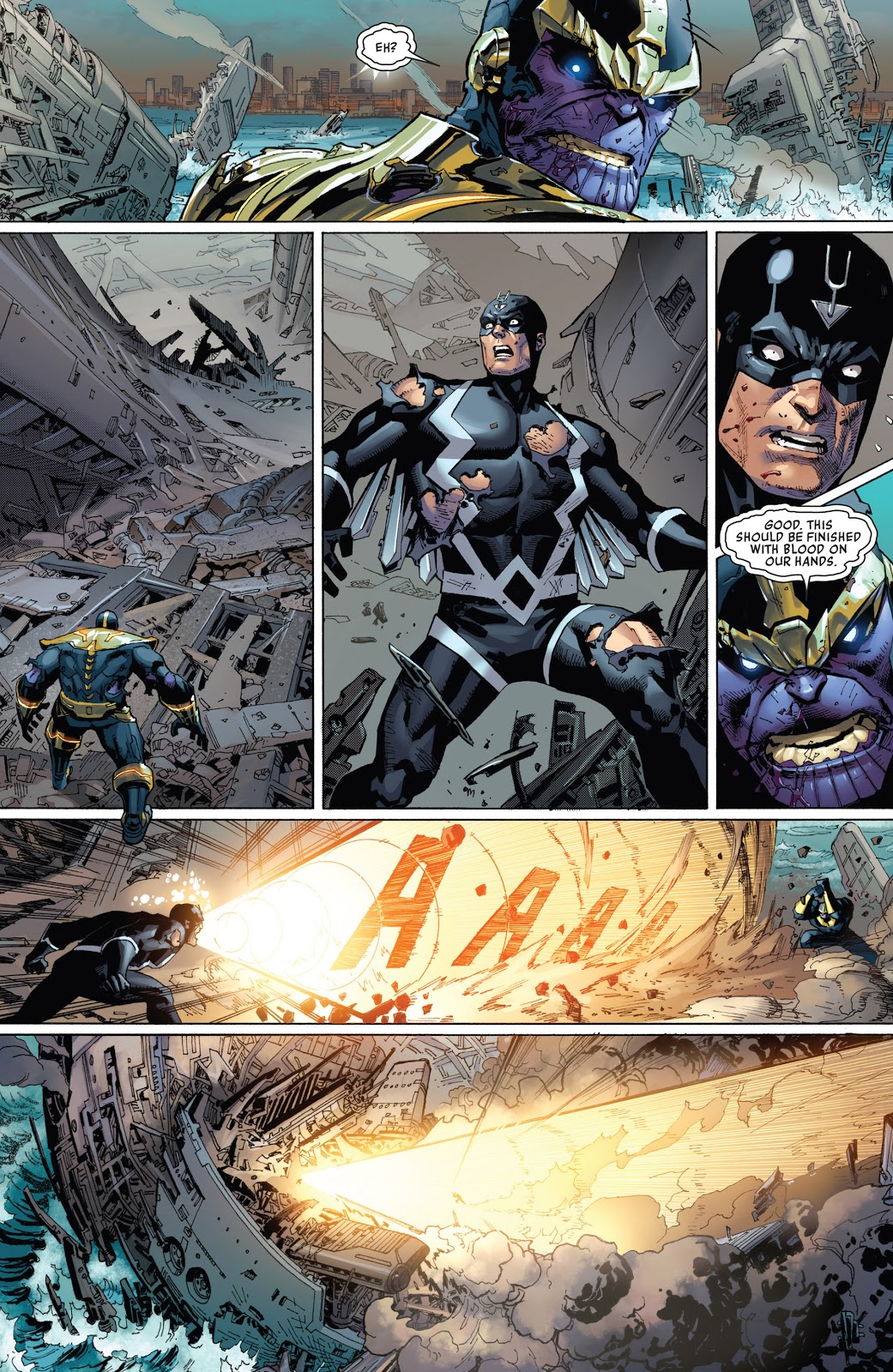 Someone surely must have already made the joke about this being titled Infinity because it seems as if there’s no end to it. It’s an admirably ambitious effort to tell a widescreen epic about a cosmic invasion on a massive scale, but it’s also one bellyflop of a result. Try a sample chapter online, any chapter either from the main series or the Avengers issues that feed in, and if you don’t like that, Infinity isn’t going to get any better.

The core plot is Thanos invading again, this time with allies stretching back to the creation of the universe feeling its time is done. There are good ideas. Thanos setting everything in motion as a distraction just because he has a mission on Earth is one, although it’s founded on something less believable. Black Bolt’s last roll of the dice is neat desperation that plays out all over Marvel Earth subsequently. There’s a great Thor moment, and Captain America the master tactician among alien rulers is nicely written. But so much of the remainder is so distanced, and given the powers we see, the plans seem inordinately complex.

Because everything is so well drawn (sample art from Dustin Weaver) it takes a while to register that Hickman’s not firing on all cylinders. It’s as if he’s some mad scientist unfurling connected maps all over the table with one hand while calculating flow charts on his laptop with the other, but everything’s running out of his control. To define the scale the opening half dots all over the universe as we watch planet after planet devastated, Thanos and his minions gloating, and the Avengers gradually becoming aware something is wrong. Yes, there’s some monologuing and fans of the Space Knights look away now, but essentially almost everything over the first quarter of this collection is irrelevant. Hickman doesn’t stay in any one place or with any group of people long enough to establish why we should care about them.

He also sabotages some of his finer scenes by not contextualising them. Readers who’ve followed Marvel events of the preceding years know there’s longstanding bad blood between Namor and the Black Panther. Hickman exploits this subtly and well in moments that have a bearing on the larger picture. Anyone just picking up Infinity as they fancy reading a Marvel blockbuster misses out on these better moments, unaware of the subtext of Namor suggesting the aliens attack the Black Panther’s homeland. Other fine moments are constructed as such without any great logic, such as Thor confronting one of the threats, or the teleporting Lockjaw being used to deal with one of Thanos’ generals when the same plan would have worked on Thanos himself and saved everyone a lot of trouble.

Despite the artists thrilling all the way through, too much of Infinity is dull, and anyone who has picked it up will never read it a second time. If preferred, an alternative to this monster volume is provided by Marvel’s UK office splitting the story into Volume 1 and Volume 2. 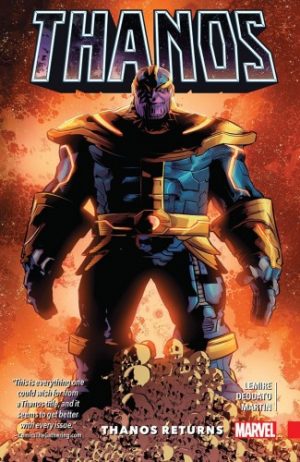