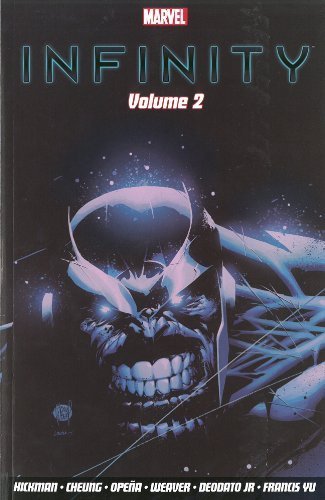 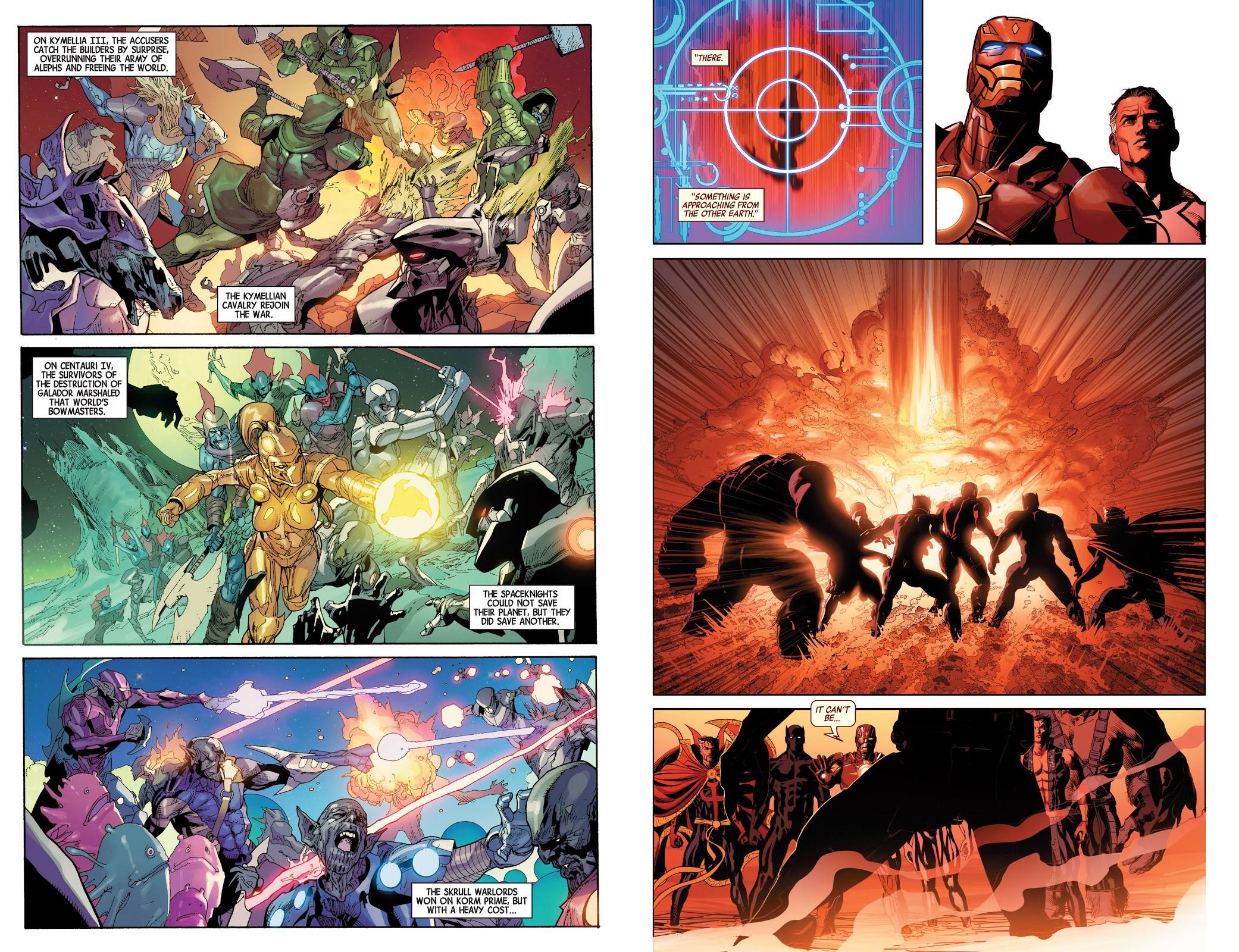 Infinity reached its halfway point at the end of Volume 1, falling considerably short of the expected thrills in a disjointed story never maintaining a focus. So, is the conclusion an improvement? Marginally, is the short answer. We’ve previously seen Thanos, and the forces of an ancient race sweeping through the universe destroying everything as they go, somehow completely outgunning the combined battle forces of numerous races not shy of a conquering rampage if they can manage it. The Builders want to wipe out Earth specifically, figuring they may as well destroy everything along the way as well, while Thanos himself is prioritising locating his son on Earth. The previous volume ended with Captain America suggesting a tactical advantage might be gained in space by surrendering, and Black Bolt confronting Thanos.

Both play out early here, and both supply thrilling moments long overdue, although in the case of Captain America’s plan that’s more to do with providing a strong, if stomach-turning visual than any form of logical tactical planning. Black Bolt’s moment has lasting consequences for the Marvel universe. However, after that we’re back to tedium, as Jonathan Hickman’s narrative captions updating the falling of worlds in shorthand never transmits the thrills. Part of the problem is the battle taking place on so many fronts and Hickman insisting on constantly transferring between them, giving equal importance to a rambling alien and a desperate situation in Wakanda. We care about the Black Panther, but not about the Kree Supreme Intelligence. This is compounded by moments of faked desperation where something doesn’t go to plan, such as the Avengers discovering one of Thanos’ generals is present, but never mind, because two pages later that’s resolved. Other moments are actually very good, including a final scene with the Black Panther and Namor, but Hickman doesn’t explain the background to that conversation or the emotional loss to anyone who doesn’t know the enmity between them.

Artistically there are no problems. The sample art combines pages from Leinil Francis Yu and Mike Deodato, and both they and the remaining artists deliver the wonder and awe expected from the spectacle of space warfare and such a multitude of nearly omnipotent beings. Together their efforts drag the endless musings of Infinity up to average.

Hickman’s ambition hasn’t ended here. The final pages recontextualise everything that’s happened over the previous four hundred as but just a prelude, with far worse to come. The conclusion that Earth’s heroes have just been playing the odds is interesting, but on this basis God help us all if Hickman ever gets to write it.

If you’d prefer Infinity is also available in one table-collapsing volume.