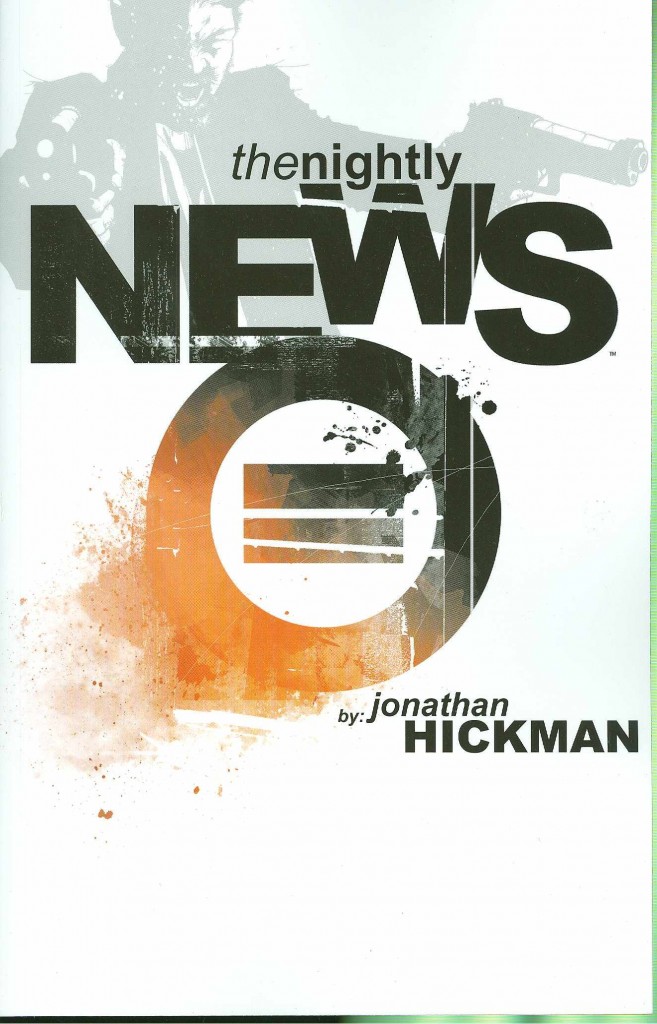 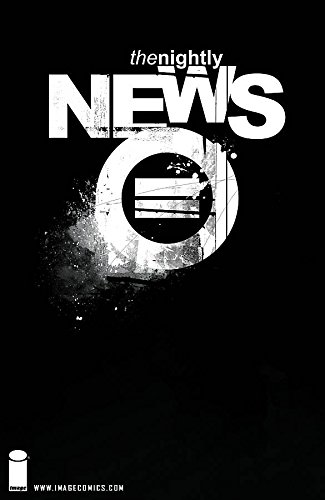 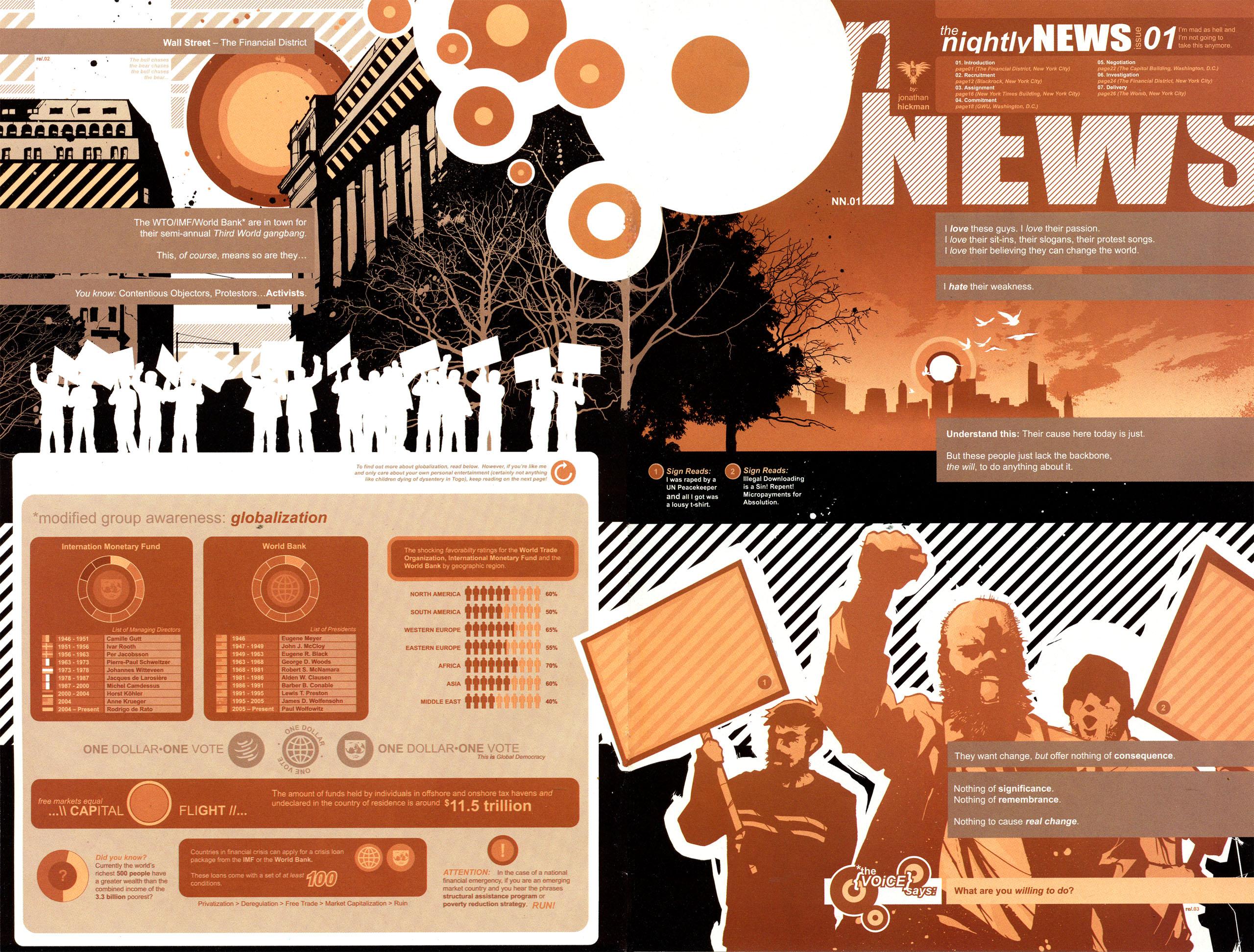 Jonathan Hickman’s Nightly News is a cynical howl from the heart and a very good début from a new creator sparking talking points and pointing fingers. It bemoans the way society is, the way its reported on, and the minimal interest we all have in the truth, underscoring the Roman maxim of keeping the population happy with bread and circuses.

John Guyton is the narrative voice, one of several operatives of The First Church of the Voice, an organisation who draw their support from people at their lowest ebb, just as he was as a white collar executive reduced to begging on the street. His recruitment procedure involves learning how many news outlets are controlled by ten corporations, how that’s expected to reduce to five, and how that correlates with the larger interests of those corporations. Guyton is convinced that a solution to many of the world’s problems is to kill the messenger, so sets about that. This is contrasted with scenes from backslapping boardrooms and government offices where nefarious men, always men, go about their nefarious business.

The Nightly News is also drawn by Hickman, who overcomes a limited artistic talent via the application of immense creativity resulting in a graphic novel that looks like no other before or since. He saturates the art with graphic design, breaking up his pages with patterns, motifs, infographs, and in doing so reflects the news programmes he’s taking to task. This is merged with copied images. The approach isn’t the most reader friendly at times, recognised and commented on by Hickman, but once you sink into the mood it washes over and you seep into Hickman’s world. The research and presentation ensures a repository of news manipulation, and once through the book it’s worthwhile going back to look at those graphs you skipped.

Hicman’s satire is fired by the disproportionate gulf between the news’ ability to condemn and the indifference when proved wrong, and the consequences this has. Satirically noting that some people just need killing is a starting point, but much of The Nightly News’ content has informed his more mainstream superhero writing. Power corrupts is certainly a recurring motif, as is manipulation of the masses, and there’s some manipulation going on here. For the sake of his story Hickman wipes the middle ground completely off the map. Dissenting voices on either side of the argument are almost non-existent, and quickly silenced when they appear. Neither is there much in the way of depth to the cast. They spout their dogma, yet only a couple of them have a personality.

Having set up his scenario very well, Hickman can’t sustain the interest to the end, and everything spirals to a predictable conclusion, but how many graphic novel debutants display this kind of ambition? Ten years after publication there’s still much to be discussed about The Nightly News, not least whether its outrage has been supplanted by a system where everyone has their own prejudices confirmed by online sources. British readers might want to consider why so many newspapers have a vested interest in constantly attacking the BBC.

So ultimately flawed, but not fatally, still of interest and a bravura attempt to create a graphic novel that’s different, intgelligent and engaging. Receiving much acclaim, a hardcover edition is also available.