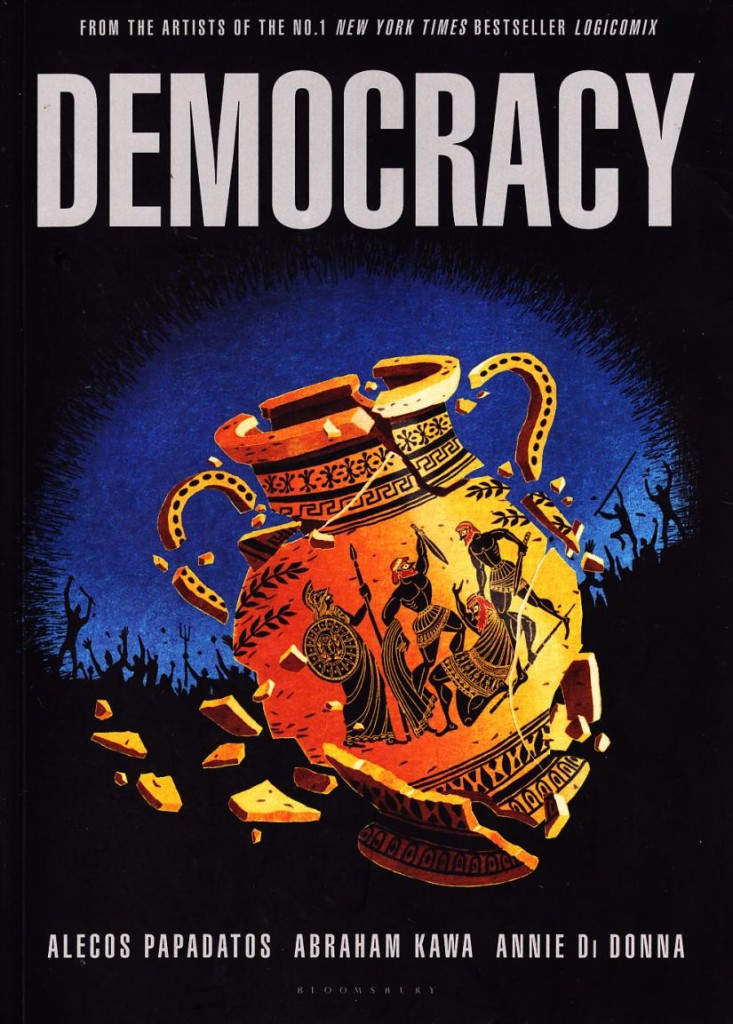 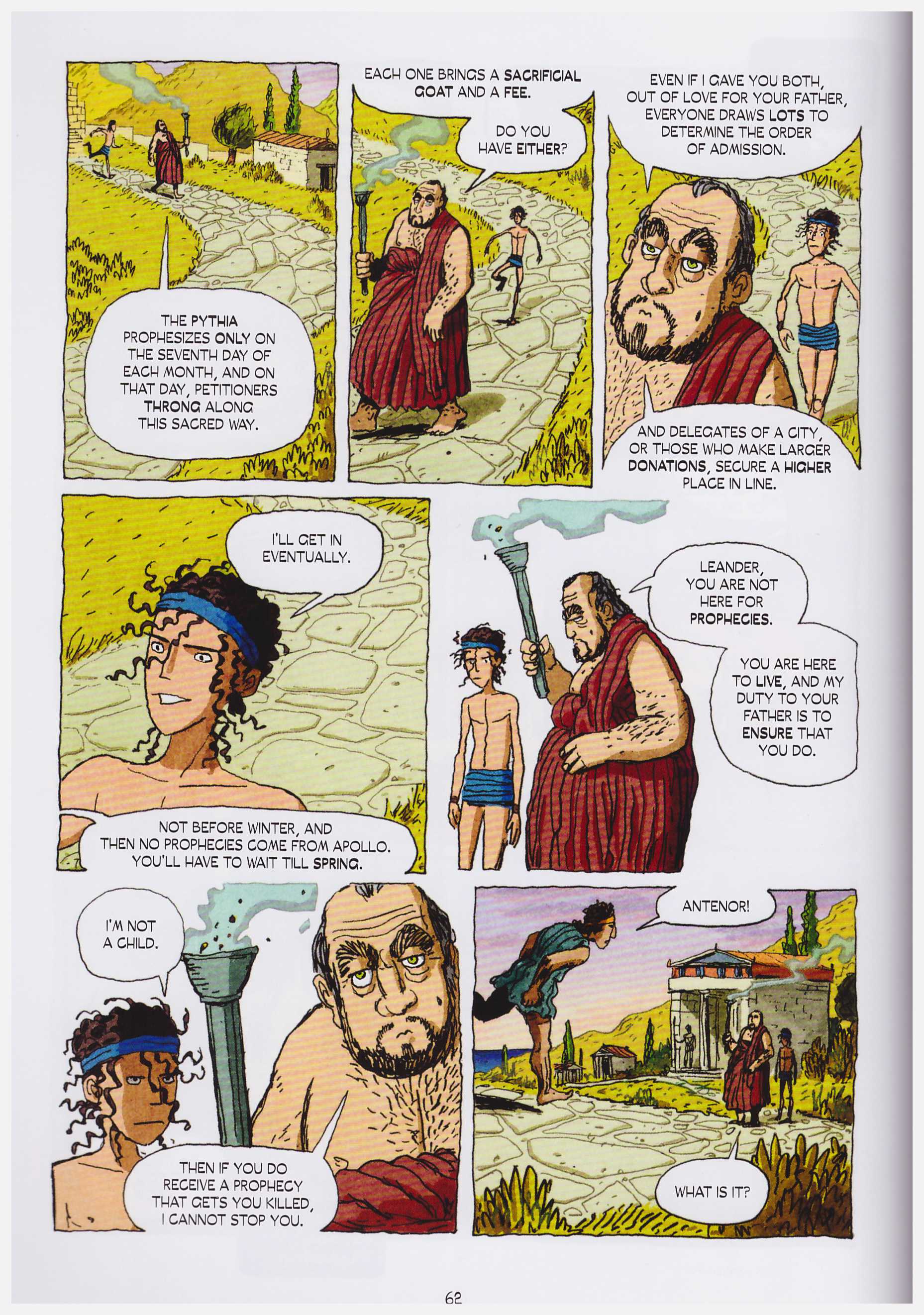 Democracy is a dense and dazzling pontification on the inspirational possibilities of art, the truth behind myth, and manipulation of that truth. Among other matters, since the primary concern is relating an approximation of how the first form of a democratic society evolved. It’s also a buoyant coming of age tale, of eyes gradually opening wide, and while set in ancient Greece there are moments of contemporary relevance. As is noted, drama is in the details, and numerous small touches exemplify this. The person with whom our lead Leander first converses, for instance, is Thersippus, in honour of whom the modern day marathon exists.

Camped in the hills around Athens to defend the city from a recently landed Persian force, Leander relates the story of his youth. As an idealistic teenager he’s sent away to trade a portion of that year’s olive harvest. Infatuated with his client’s daughter, soon to be a Delphic oracle, he learns much, and returns to a city on the verge of destiny. Unfortunately destiny often requires casualties and one is Leander’s father, murdered for his fortune, with the killing disguised as random in the melee of a coup.

Now alone, Leander intends to consult the oracle at Delphi, but instead finds employment there cataloguing the offerings supplied by petitioners. His education continues as he learns of political realities, of the workings behind prophecies, and how the gullible can be manipulated. Standing above some events and prodding others into existence is the visionary Cleisthenes, descendent of ancient Athenian ruling nobility, who recognises something in the youthful Leander that can be cultivated. Cleisthenes has a plan for Athens at a time when democracy was a concept unknown to the masses.

Alecos Papadatos drew the acclaimed Logicomix, and it’s his plot, realised in collaboration with Abraham Kawa, that drives the book forward. It’s a dense read peppered with clever allusions, that of the big picture becoming particularly pertinent, and with the chaos that currently engulfs Greece it’s tempting to view Democracy as allegorical, which it is in places. Are the Persians surrounding Athens, for instance, that different from the present day creditors baying at Greece? The allegory, though, isn’t sustained, and as the book progresses it’s the birth of democracy that takes precedence.

Very few references are available detailing the circumstances around 500BC, and personalising history is rarely a poor idea. In the everyman figure of Leander we have an appealing protagonist. Papadatos’ skilful cartooning conveys both the youthful exuberance and the wise elder statesman relating the tale, the oratorial technique Leander once desperately required now naturally evolved. His entwining within pivotal events never comes across as contrived as the plot is so well constructed, and his growing awareness of the bigger picture is charmingly depicted.

If Democracy tells us anything it’s that the most honourable of long-term intentions often requires the most devious of short-term implementation, so there is no perfection without sin. It’s exemplified in Leander’s artistic peak, and the experiences that inspired it. The book is a dense and seductive read providing a sugar coated pill of education. A guide to the primary systems, cities and protagonists is provided after the main feature.