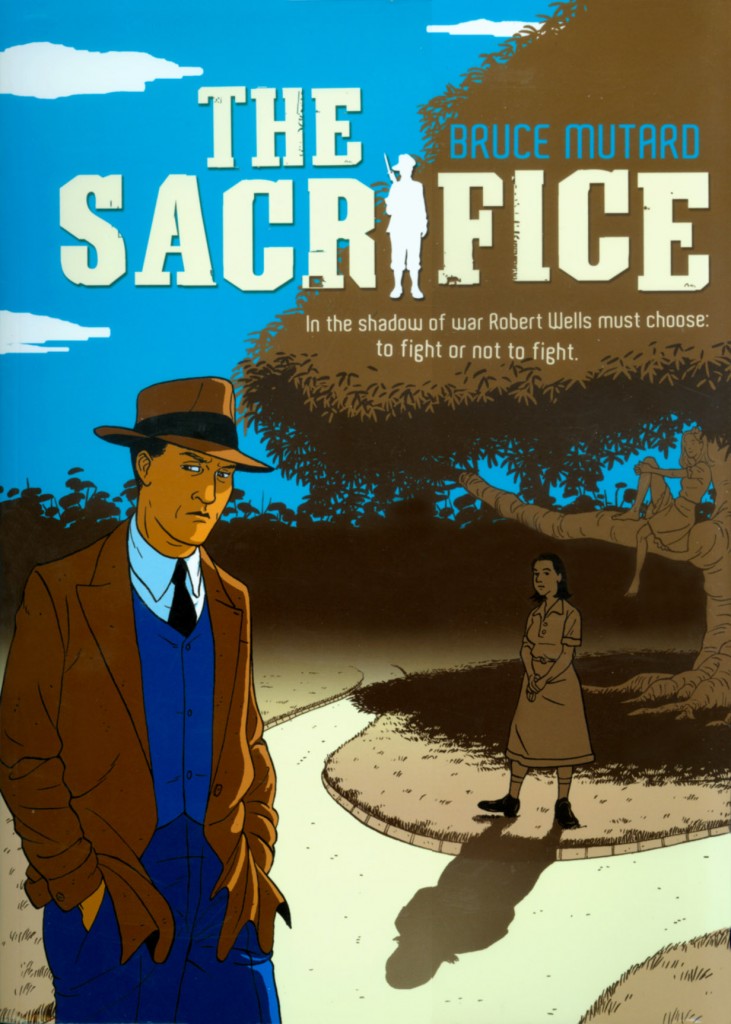 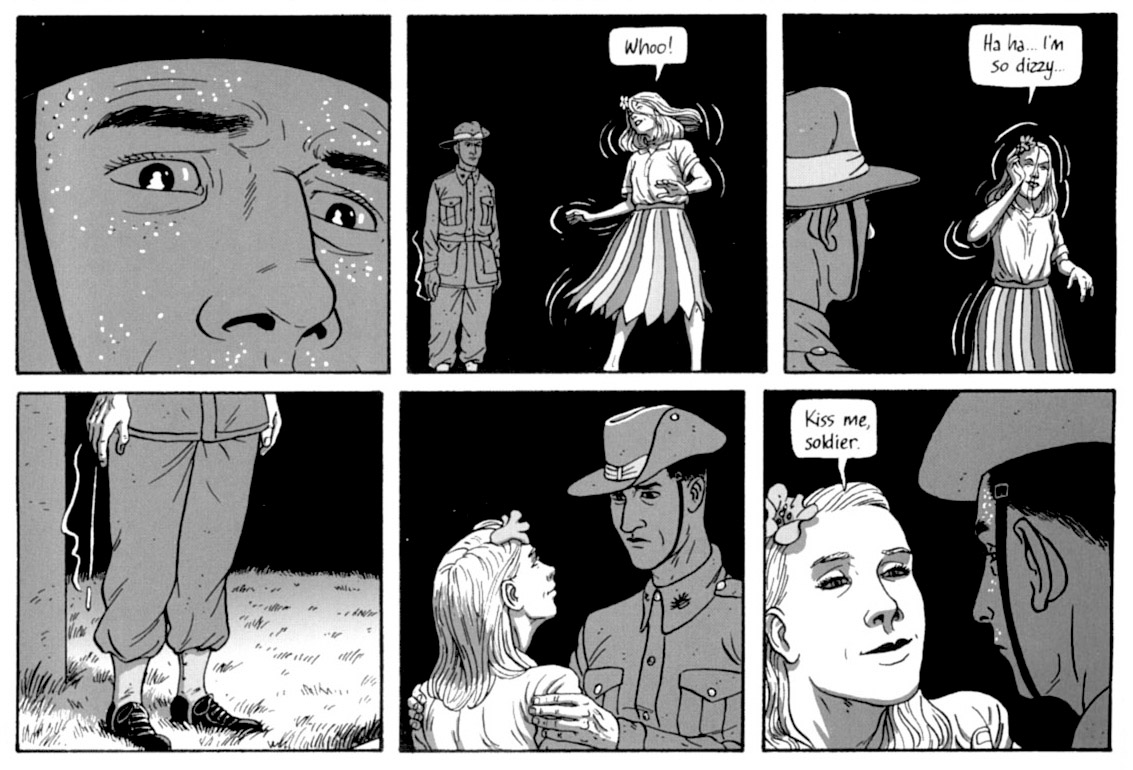 Bruce Mutard’s The Sacrifice is so firmly rooted in the reality of World War II Melbourne, that you can almost hear the trams trundle down Collins Street. The first volume in a planned trilogy focusing on life and times of Robert Wells, The Sacrifice casts an unflinching eye over the nature and limits of bravery, morality and tolerance in the shadow of war. It delves into the tough ethical choices Wells must make as his pacifist principles confront the harsh realities of the war gathering on Australia’s doorstep and its impact on his friends, family and city.

Against the backdrop of the looming conflict in Europe and a nation still recovering from the Great Depression, the laconic, quick-witted Robert Wells is lucky to have a white-collar job in his uncle’s steel works and a supportive circle of friends. The rest of his family are less fortunate. Wells’ mother, a devout Catholic tragically widowed in the Great War prays for her wayward son Robert’s return to the flock. Wells’s proud, hard-headed older brother Artie and sister-in-law Min, still coming to terms with the death of their only children in the great fires of 1933, live far from easy street.

As the extent of Hitler’s plans becomes apparent and the war spills into the Pacific, Wells’ life and that of his friends and family are abruptly overturned. Artie signs up and is killed in action, driving the boys’ mother into a deep depression; Wells’ mate John, a local GP, hits the bottle as the casualties of war mount up in his surgery; another close friend David, a cynical journo tired of recycling government propaganda as news, joins the army to regain some self-respect; Elsa, Wells’ long-suffering fiancée and a card-carrying Marxist finds real solidarity with the working classes on the munitions shop floor; and the influx of Jewish refugees into Australia introduces Mata, a pretty, precocious Austrian teenager, with whom Wells becomes dangerously infatuated.

Wells, himself, is forced to reassess his anti-war stance and sort out his conflicted feelings for Elsa and the increasingly reckless Mata. Against his mother’s wishes and despite working in a protected industry, he enlists in the forces, where he finds, to his astonishment, that he’s officer material and is shipped off to battle, leaving a changed world behind him.

Mutard’s credible characterisation, sharp ear for idiomatic dialogue, and precise, naturalistic draughtsmanship reveal a deep concern for authenticity that is reinforced by his fastidiously researched, clear-eyed recreation of wartime Australia. There’s no hint of nostalgia in the depiction of Melbourne’s transformation from a parochial, buttoned-down city into a bustling, permissive metropolis ready to do its bit for the international war effort.

The book does falter, however, when the extensive political debates punctuating the first half threaten to undermine the understated, cinematic storytelling. This is exacerbated not only by occasionally stilted artwork and an over reliance on mid-distance compositions, but also by a rather formal, overly literal approach to story and character exposition as Mutard lays the groundwork for future chapters. The result stifles imaginative engagement with the work, and it’s only as Wells gradually gains greater insights into himself and the changing world around him, that the story open up to let the reader in. Such that by the end of this first instalment, Wells’ personal journey and sacrifice deliver a surprisingly emotional charge.

Although flawed in parts, The Sacrifice is an ambitious graphic novel, with the density, scope and seriousness of purpose that are rare in Australian comics. It remains for subsequent volumes in the trilogy to build on its promise.