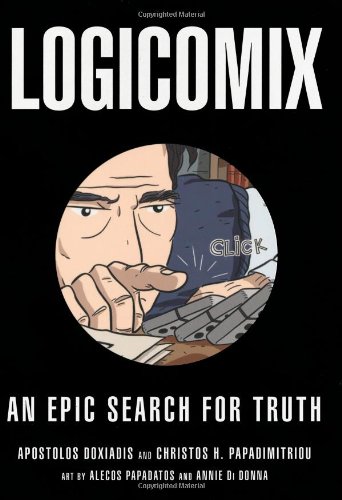 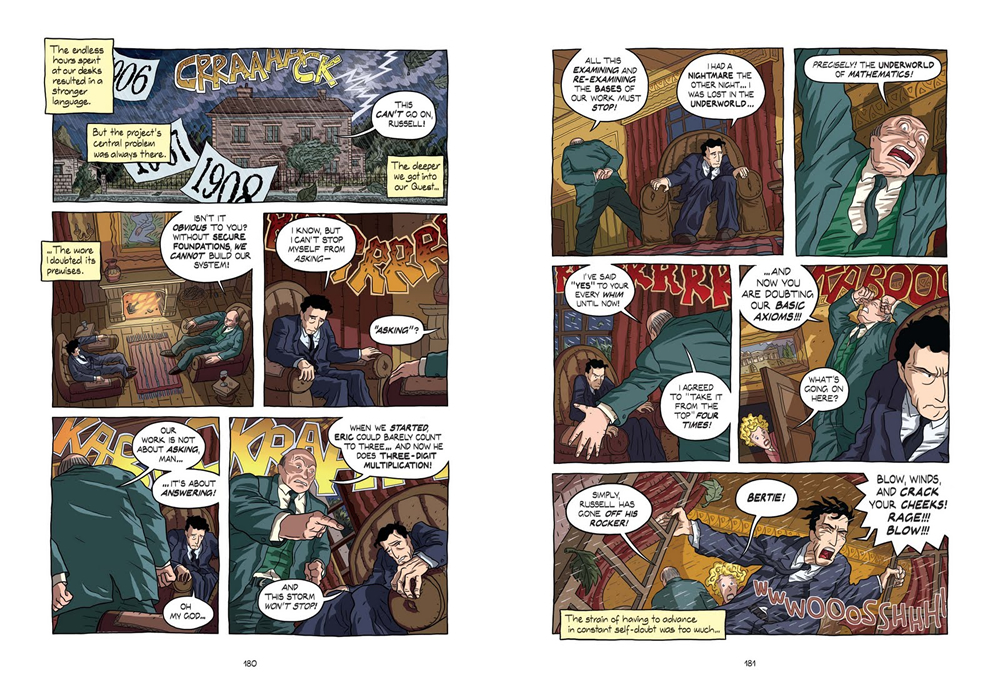 For a book that grapples with the morality of war, Logicomix: An Epic Search For Truth exudes a very sunny disposition. It’s both a book about the philosopher Bertrand Russell and a book about the telling of this story. The latter narrative – the “B” story – introduces us to the happy band that are pulling together Russell’s narrative and never more an amiable quartet of creative types have we met. The writing team of Apostolos Doxiadis and Christos Papadimitriou muse long and hard over the creative decisions they need to take to successfully translate the complex story of Russell to the comic book page. “But – didn’t Russell have a brother?” asks Papadimitriou during one discussion. “We decided to cut him!” explains Doxiadis. “Comic licence” adds colourist Annie Di Donna.

This exchange unfolds as happily as everything the foursome talk about, the final member of the team being artist, Alecos Papadatos. As a narrative device, exposing the collective thought process that goes into the construction of this account of Russell’s early life is a clever mechanism by which to elucidate some of the harder mathematics that is integral to our understanding to the “A” story. At one stage, the team’s discussions around how best to explain “Russell’s paradox”, cites a number of self-referential books, including (as an asterisked footnote), Logicomix itself.

Russell’s story sits within this overall framework, yet it too contains layers. The conventional biographical account of his life is nested within a lecture that Russell delivers to an American University on the day in 1939 that the United Kingdom declares war on Germany. But if you strip out the Tristam Shandyesque tricks and structural complexity, what are you left with? Surprisingly, an extremely simple (but not simplistic) account of a critical period in the 20th century and of the intense philosophical and moral struggle that Russell endured in trying to attain a rational position during an irrational time.

The clarity of the narrative resonates not only through the considered plotting, but the clear artwork, which is at pains to make all of the major characters sufficiently distinctive such that we are unlikely to get Frege confused with Hilbert or Wittgenstein mixed up with Whitehead. And much like the creative team, the artwork is upbeat, albeit lacking a bit in substance.

In a quest for clarity, something has to give and in Logicomix, the intricacies of the heart are repressed in favour of complexities of an abstract philosophical kind. It leaves the story with a slight air of emotional detachment and of drifting over the surface somewhat. However it’s a clear sighted account of a confluence of complex and significant mathematical, historical and philosophical matters and for that reason, is a pretty remarkable feat.