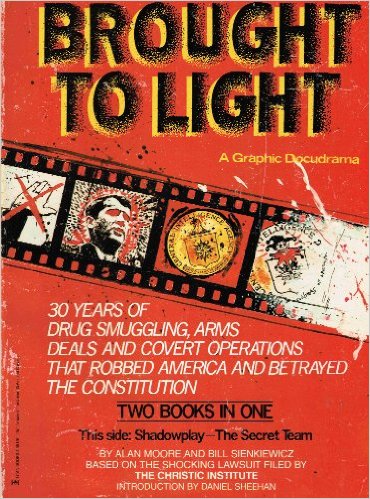 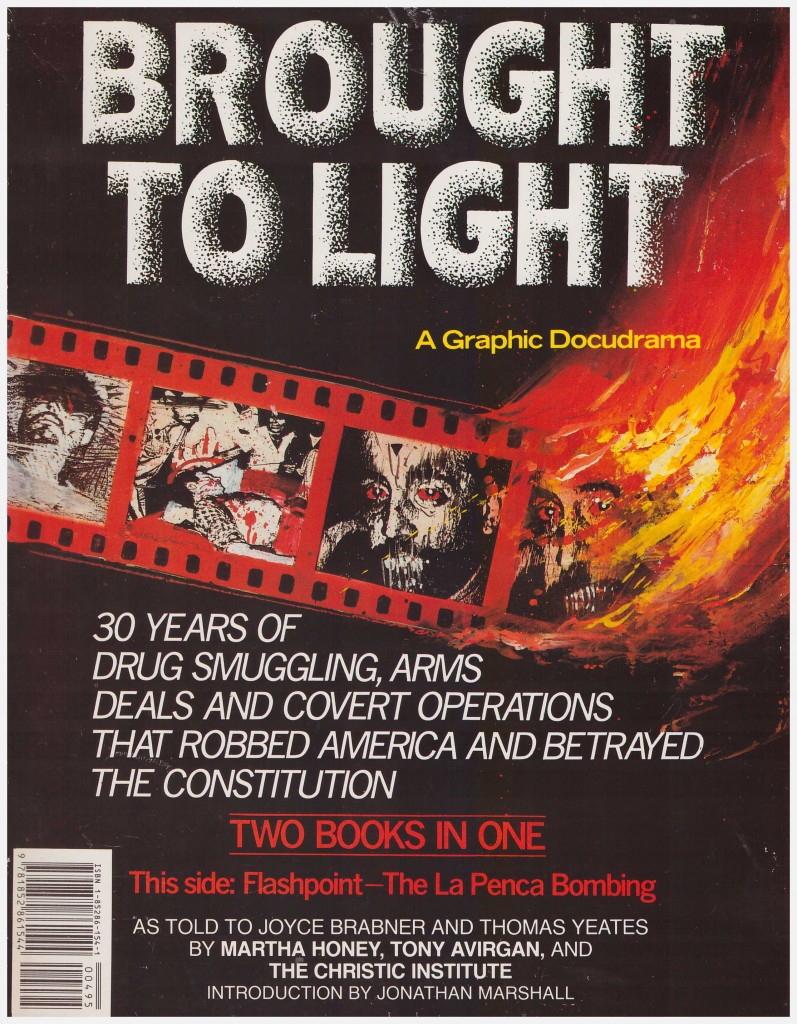 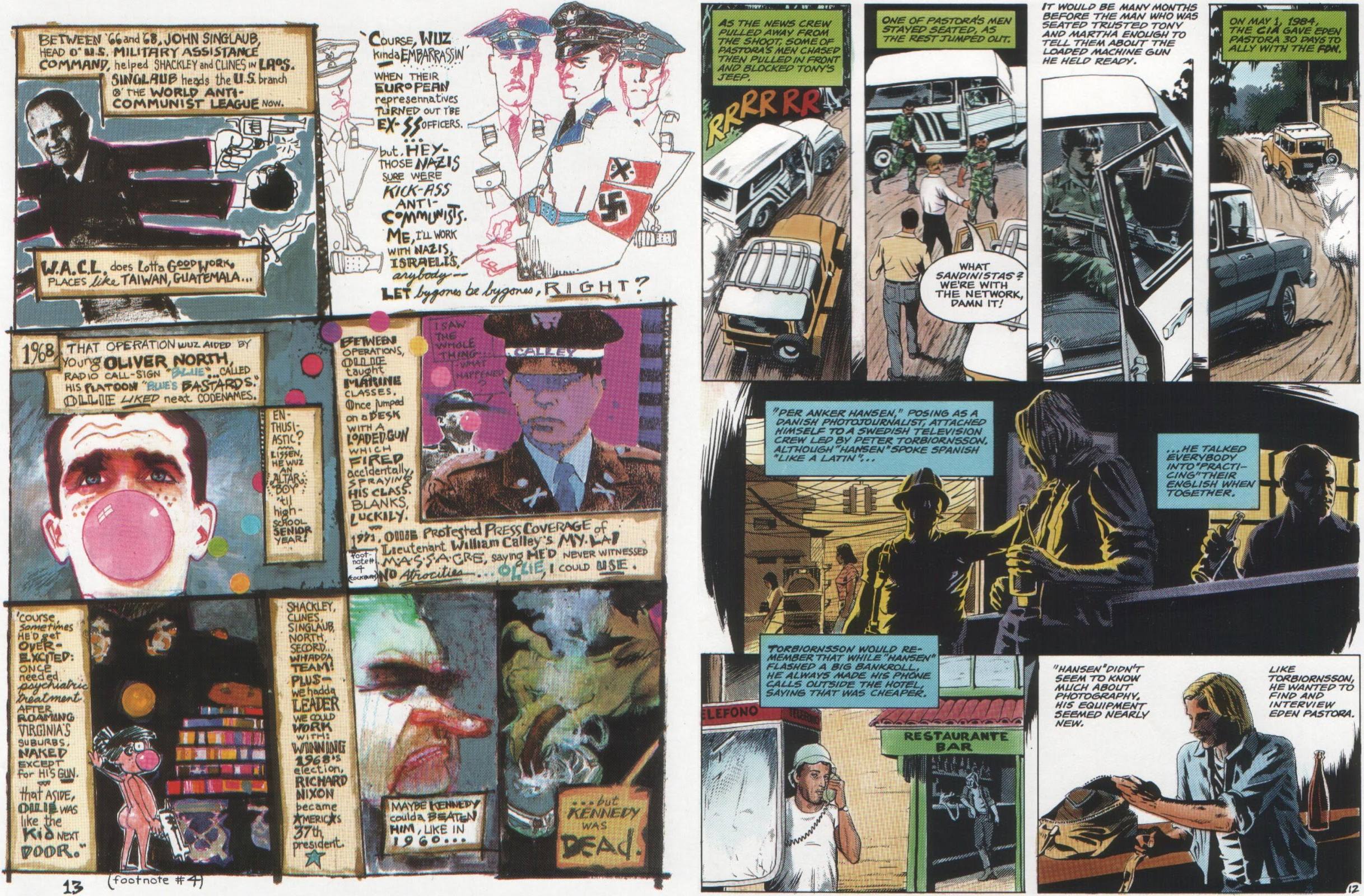 Brought to Light was an attempt to create a journalistic comic exploring the background, events and implications of the Iran/Contra scandal back in the 1980s. Contemporaneous commentary, it consists of a factual study based on information discovered by the Christic Institute, a multi-faith legal body, dramatised by Joyce Brabner and a diatribe about the state of the nation, written by Alan Moore.

In back to back format, at the time it was something few people had attempted before – commentary on events that were still unfolding – and few have done since. While the personal memoir of recent or still-developing history has now become quite common and celebrated in the work of cartoonists like Joe Sacco, comic books as journalism is not a rich furrow.

At the time it was much lauded, but surely quite a bit of that must have been political correctness, as this is not a well balanced book, and its enjoyment as a graphic novel – indeed its ability to communicate anything to anyone – is all but sunk by horrible colouring and muddy printing. If you think dark printing and bad colouring can’t have that much effect on telling a story, read this and think again.

The main problem with the directly narrative ‘Flashpoint – the La Pence Bombing’ by Joyce Brabner is that the pictures don’t really add anything to the script. They illustrate what the words – and there are an awful lot of those – are saying. The artwork, by Thomas Yeates, is perfectly competent, sometimes a little stiff, but is swamped by dark printing and the sheer verbiage drags it down. Brabner is careful not to overdramatise, to include all the pertinent information, and between wanting to set everything down and being scrupulously reasonable about it all, all the life is sucked out of the story. In these creators’ hands this is not a suitable story for the format chosen. If you are going to do journalism, black type on newsprint is much more efficient. The goal is to be as succinct and straightforward as possible, not to drag things out – here the art is pointless and any good sub-editor would have struck out half the words as being excessive.

On the flipside of the book Alan Moore takes a very different tack, peppering the satire of a drunken bald eagle who works for ‘The Company’ explaining why the American government was right to act covertly with chilling images of violence and horror. Bill Sienkiewicz musters all the styles at his command to illustrate it and keep you interested in what is largely an anthropomorphic talking head, but much of this work is lost under dark washes and peculiar muddy colour once again. There are passages where the words do most of the work here too, but the art does enhance the vigour of what’s being said. Once it gets going the ranting quality drives it along, apart from occasional outbreaks of poetic verbiage, which detract from rather than enhance the narrative. Just as the first story, ‘Flashpoint’, is a very protracted article with pictures. This is a snarling, ranting darkly comic speech, more suited to being delivered by a chain-smoking comedian on a dark stage than written down with images.