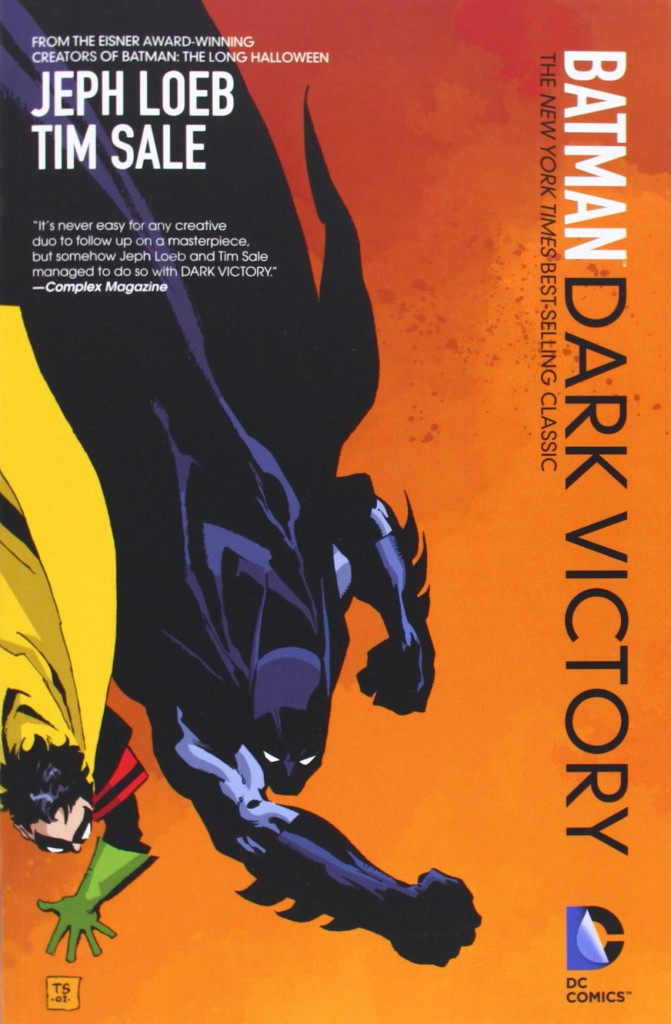 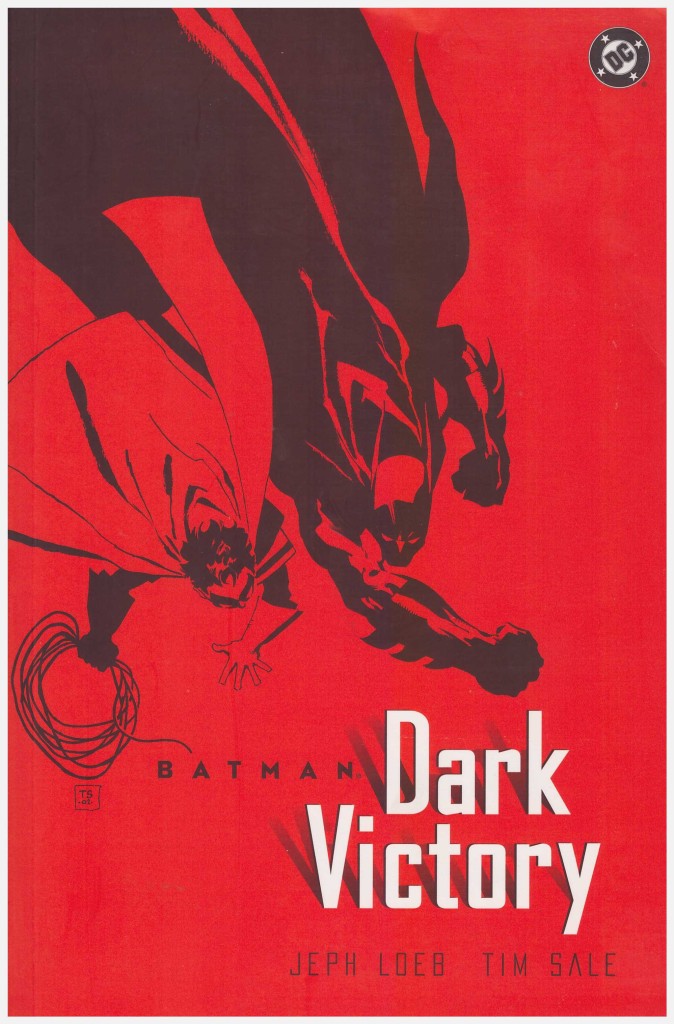 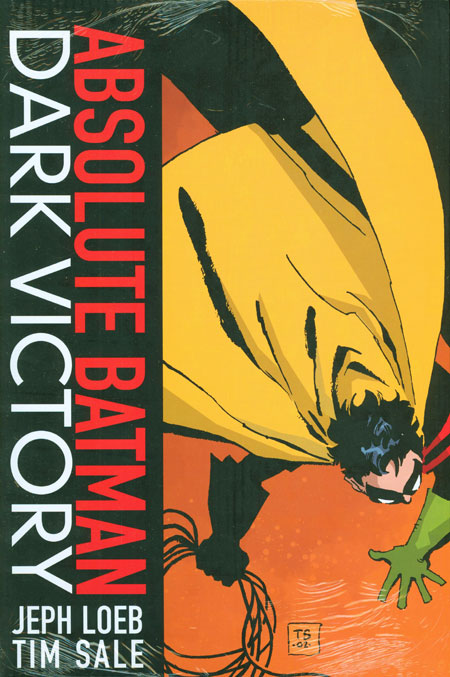 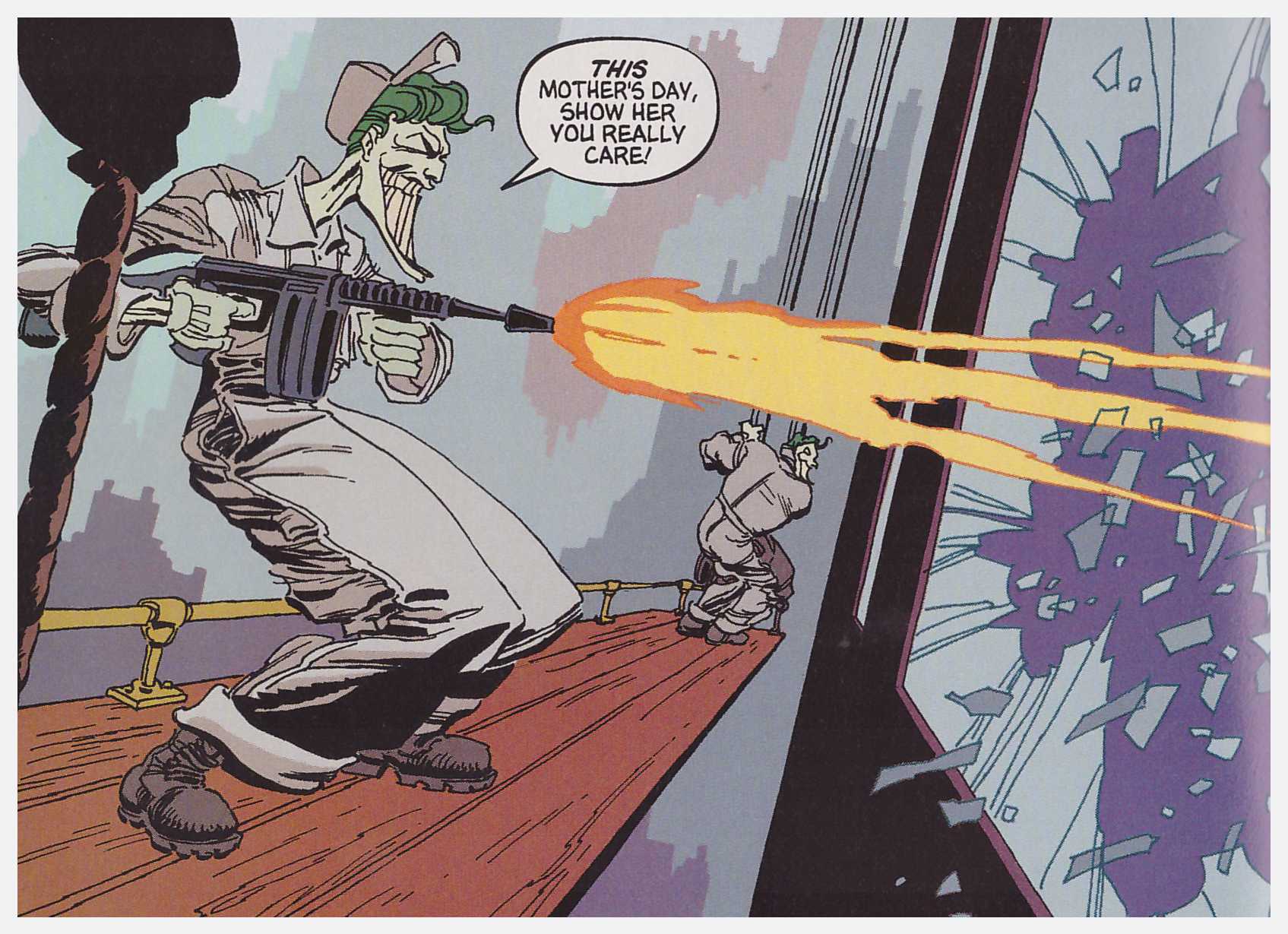 It’s an extremely rare sequel that matches its predecessor, and Dark Victory doesn’t make that list, although it’s still a decent Batman story and, perhaps surprisingly, won an Eisner Award. Everything, though, is that bit less, and that’s down to both Jeph Loeb and Tim Sale.

This kicks off eleven months after The Long Halloween concluded. The person convicted for the crimes committed there is freed due to the method of their arrest, and another spate of killings begins, following the pattern of occurring on holidays or days of celebration. This time, though, it’s serving or former police officers being murdered, and clues are deposited in the form of a game of hangman.

A nice touch is the chapters being separated by a panel of Commissioner Gordon, the items on the noticeboard behind him modified as the story progresses, and Gordon receives greater attention here. He’s a man simultaneously wanting to protect his city honestly, yet beginning to wonder if the only effective manner of doing so is resorting to the dirty methods of his predecessor. “Always the alter boy, Jimmy”, rails former Commissioner Loeb, “That part about you never impressed me.”

In his introduction Tim Sale notes his love of visual contrasts, of light and shade, old and young, and to some extent he’s contrasted his art in Dark Victory with that of The Long Halloween. It’s still very good, but everything is more exaggerated. Batman is more muscled, and the ears on his costume have grown. The villains are more grotesque, with the Joker in particular transforming from an awkward design that didn’t quite work into something distorted and ridiculous. Even so, he’s the subject of a magnificent spread depicting an old fashioned gangster shootout, and it’s interesting seeing some sequences, representing the past, in grey wash. As previously, colourist Gregory Wright supplies verve and sympathy to Sale’s art.

Loeb adds the Penguin, Mr Freeze and most importantly Two-Face to the roll call of villains he toyed with last time out, and, late in the book Robin arrives. This is after a sequence of Batman questioning the effectiveness of working in isolation. It’s a weak justification for this additional reason that he takes on the pre-pubescent Dick Grayson as an apprentice. He solves one clue, but ultimately Robin serves more as a set marker in Batman’s career than any greater purpose here. New District Attorney Janice Porter is problematical also, and one element of her personality fundamental to the story never adequately convinces.

Dark Victory perpetuates the mystery, but it’s far more predictable, not least because the structure parallels The Long Halloween, down to one month in which a potential victim survives. This is weaved into the story, and explained at the end, by which time anyone au fait with detective thrillers has worked out who the killer is.

It’s doubtful whether this will have the same resonance if read in isolation. Recaps are provided, and it’s a nice touch that the final revelations of The Long Halloween don’t seep into wider circulation, but it’s likely some emotional impact will be lost. All in all, this is a nice try that didn’t quite leave the park.

The allure of a hardcover slipcased edition, Absolute Batman: Dark Victory, is surely only for those with unlimited funds. The oversize presentation is fine for Sale’s art, but there are very few extras, and this isn’t recommended to anyone who doesn’t already love the story.