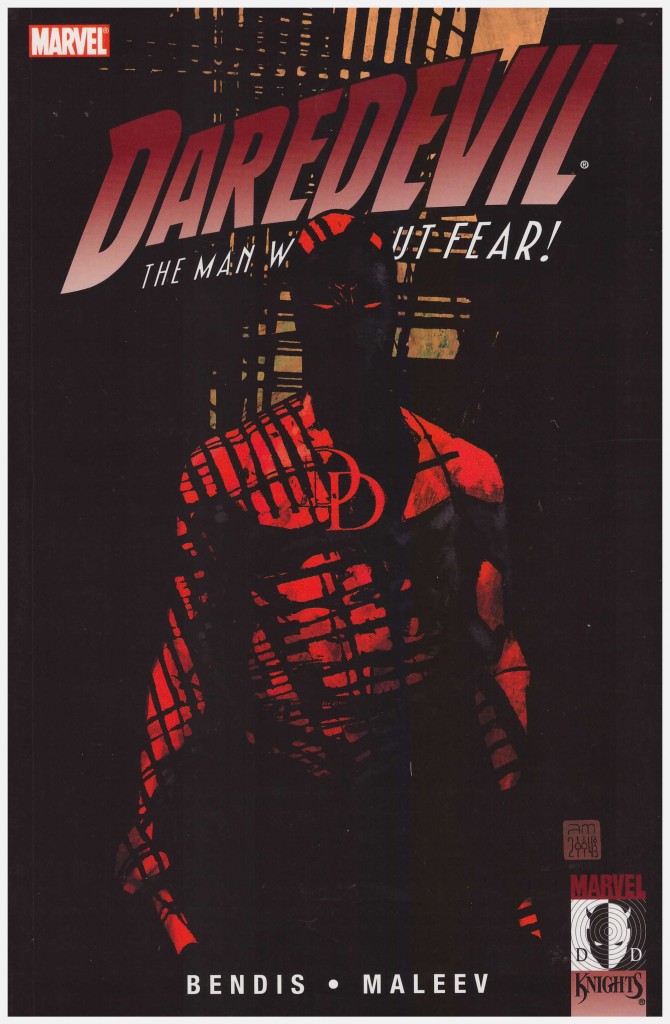 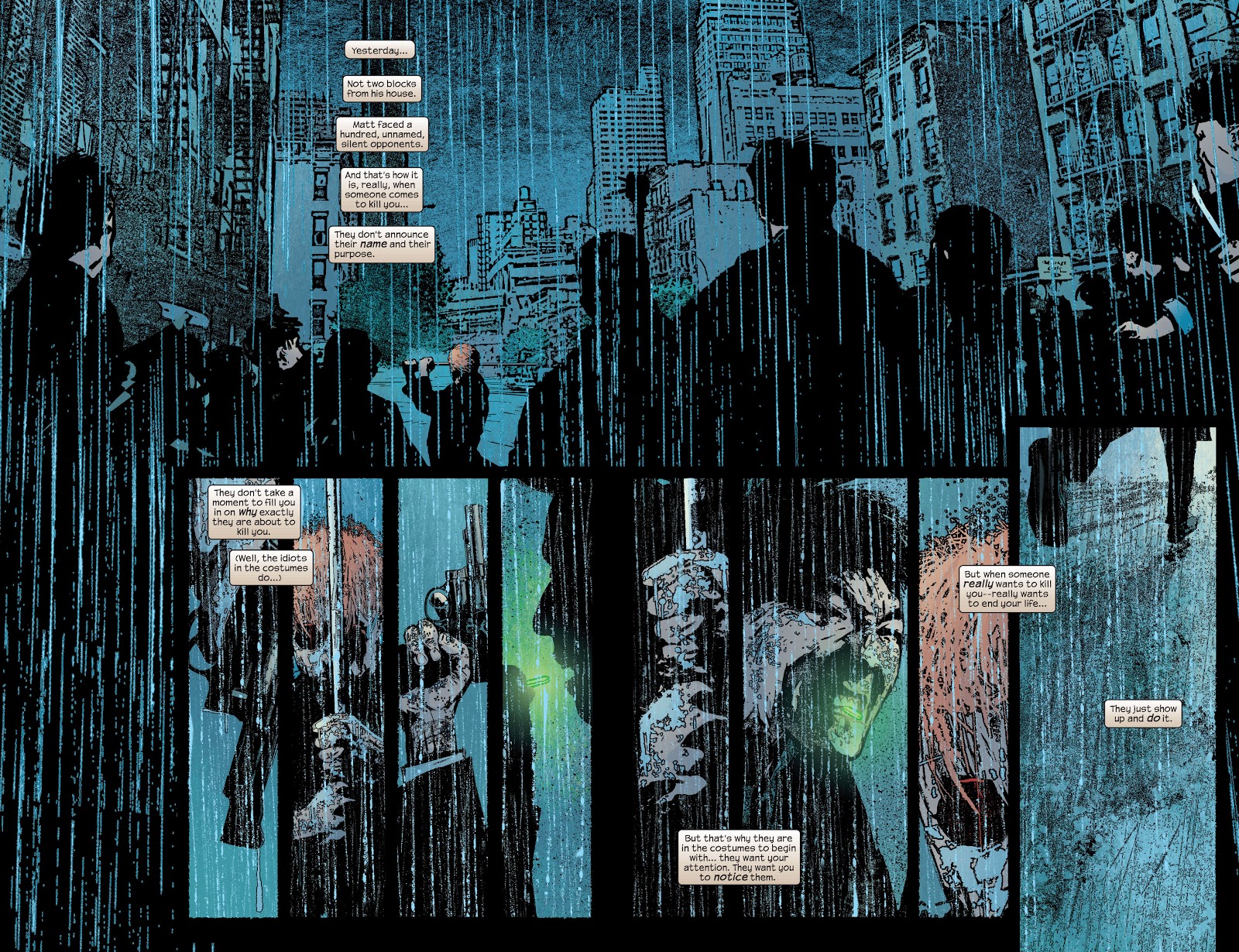 A line was drawn at the end of Hardcore. A statement made, and definitively executed. King of Hell’s Kitchen jumps forward twelve months, then fills in what occurred. In that period Hell’s Kitchen has been relatively crime free, which, depending on your viewpoint might be seen as healthy, or viewed as an I’m alright Jack attitude that’s transferred the same problems elsewhere. It’s a debate that Brian Michael Bendis plays out early and well.

Another element that keeps the reader guessing is that early chapters are nominally narrated by reporter Ben Urich, talking with someone he’s not previously met, but with whom he’s confident enough to share confidences. Bendis drops a stunner with the revelation, and it’s only the second best surprise here.

The title of this volume might as well have been Ninja Madness, as that’s at the core. With crime there for the taking in Hell’s Kitchen the Yakuza are the first to make a serious attempt on a dark and rainy night, the type of night artist Alex Maleev excels at presenting. “Dozens of people watched this fight from the relative safety of their second or third storey windows, yet not one of them could identify the red haired man clearly,” notes Urich. Elsewhere Maleev still shortchanges by repeating images, but his overall style is so ingrained with the prevailing mood that it’s difficult to imagine anyone else illustrating Bendis’ Daredevil.

With Daredevil’s assumed identity common currency Bendis takes readers on a tour of known associates, glimpsing into how their lives have changed due to Daredevil’s actions. It’s not positive. Bendis also pulls a masterstroke here, toying with the expectations of those who read superhero comics. It’s a bombshell, and it’s very clever, shifting the perspective on much of what he’s written on Dardevil since the start of his tenure.

Unfortunately this volume is the final curtain for an engaging supporting character, and by the end another is certainly disenchanted.

The tension, the surprises, the pulling of the rug… This is prime Daredevil, which continues in The Widow. 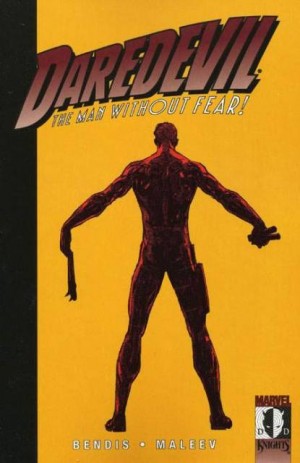 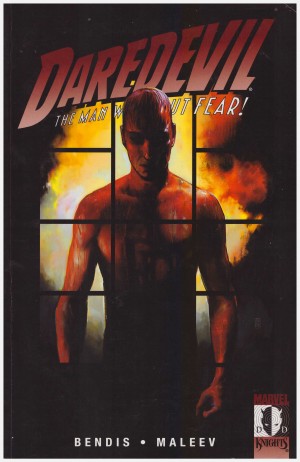