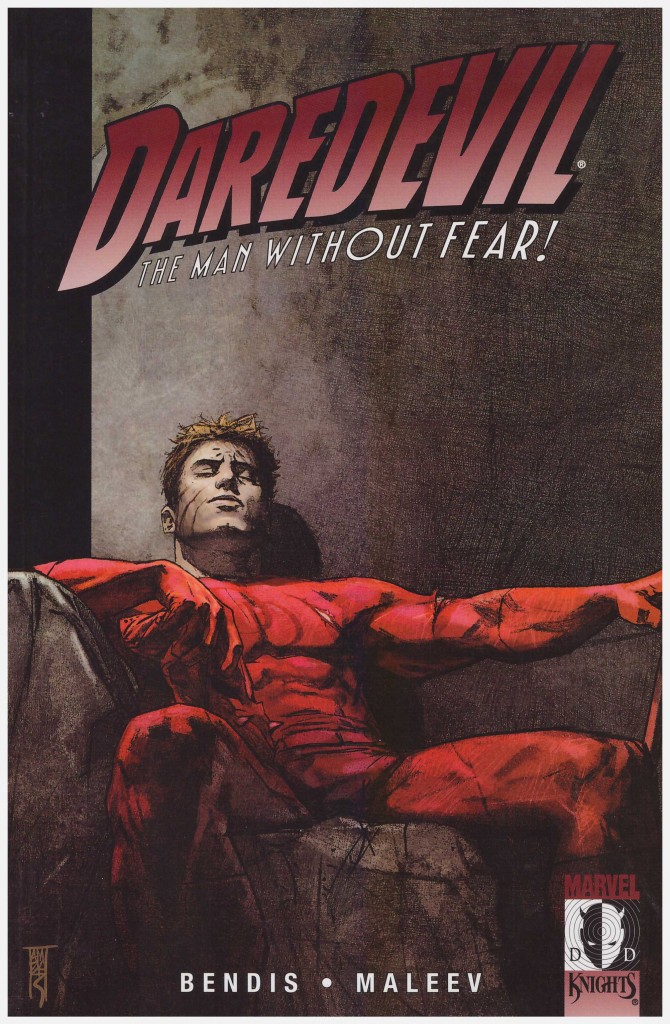 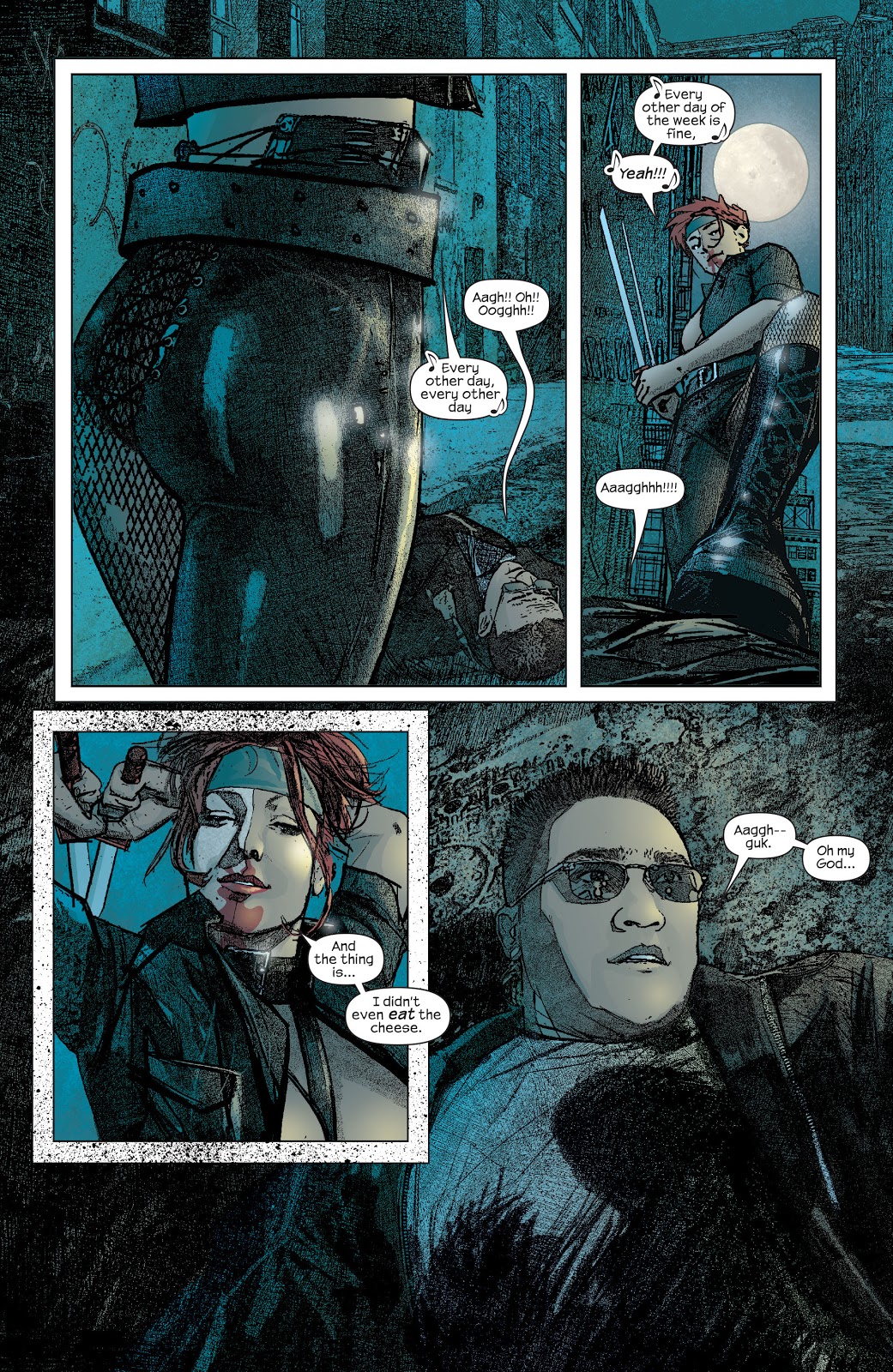 In Underboss long-term New York crime overlord the Kingpin was deposed. Presumed dead, this actually wasn’t the case, and he’s now returned to make sense of the chaos that’s ensued in his absence, some of which was detailed in Lowlife.

The story primarily concentrates on how the Kingpin re-establishes control. There are some loose ends tied up, messages sent, inducements offered, and allies accumulated. Matt Murdock is doing much the same in the support of his problems, shadowed in public by Jessica Jones and aided by Luke Cage, the pair of them not yet in a relationship. Murdock, however, is moving ever closer to that status with Milla Donovan who appears fatally attracted to the air of honour and danger surrounding him.

FBI Agent Harold Driver was introduced in Out, and has since been a recurring character, but there’s a larger role for him in Hardcore, as a sardonic annoyance to both the Kingpin and Daredevil. “Some great job you’re doing keeping your secret identity a secret”, he lectures Murdock, “what with the superhero team-ups on your doorstep in broad daylight.”

Tyhpoid Mary hadn’t been seen in Daredevil for some while due to indulging one of her multiple personalities to forge a career in soap opera. She’s back and nasty now, depicted in exploitative fashion by Maleev. He was in a whimsical mood illustrating this story, as he supplies another returning Daredevil villain looking very like Grant Morrison.

Brian Michael Bendis delivers something new for his run on Daredevil with a choreographed knock-down all-out street battle between Daredevil and… Ah, but that would be telling. It’s very much the change of pace for Bendis, while simultaneously ensuring that Maleev can’t copy and paste previously used images. Maleev, so confident with the talking heads sequences that form the bulk of his Daredevil run, is revealed as a little lacking when it comes to delivering the action, with static and stiff poses. He does impress, though, in the final chapter by running through artistic homages in the styles of artists previously associated with Daredevil.

There’s a definitive and surprising end to this volume, and Bendis’ take on Daredevil picks up again with King of Hell’s Kitchen.