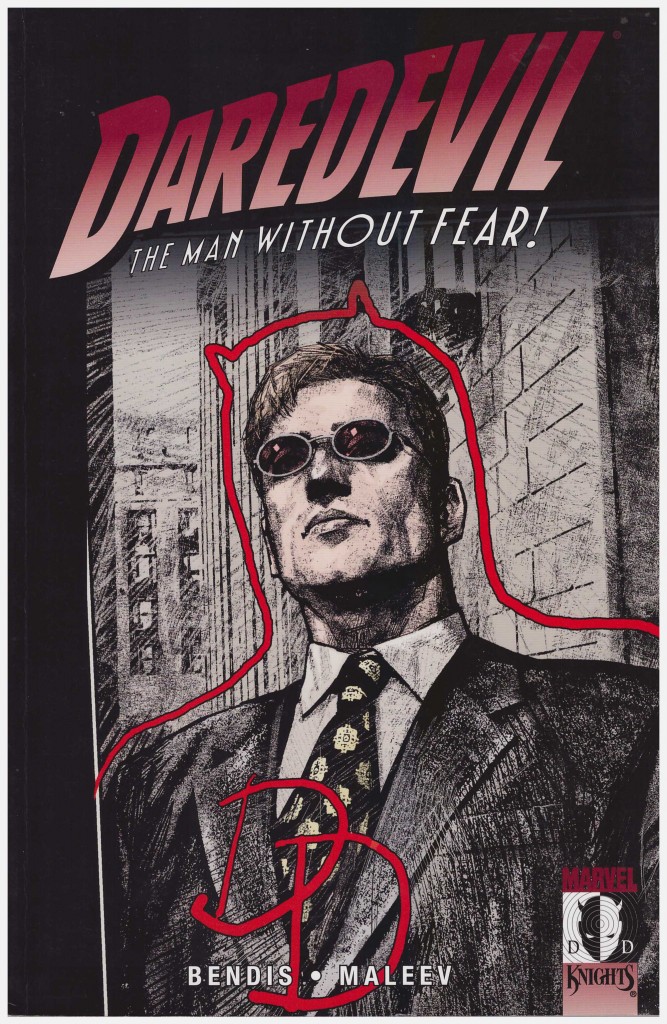 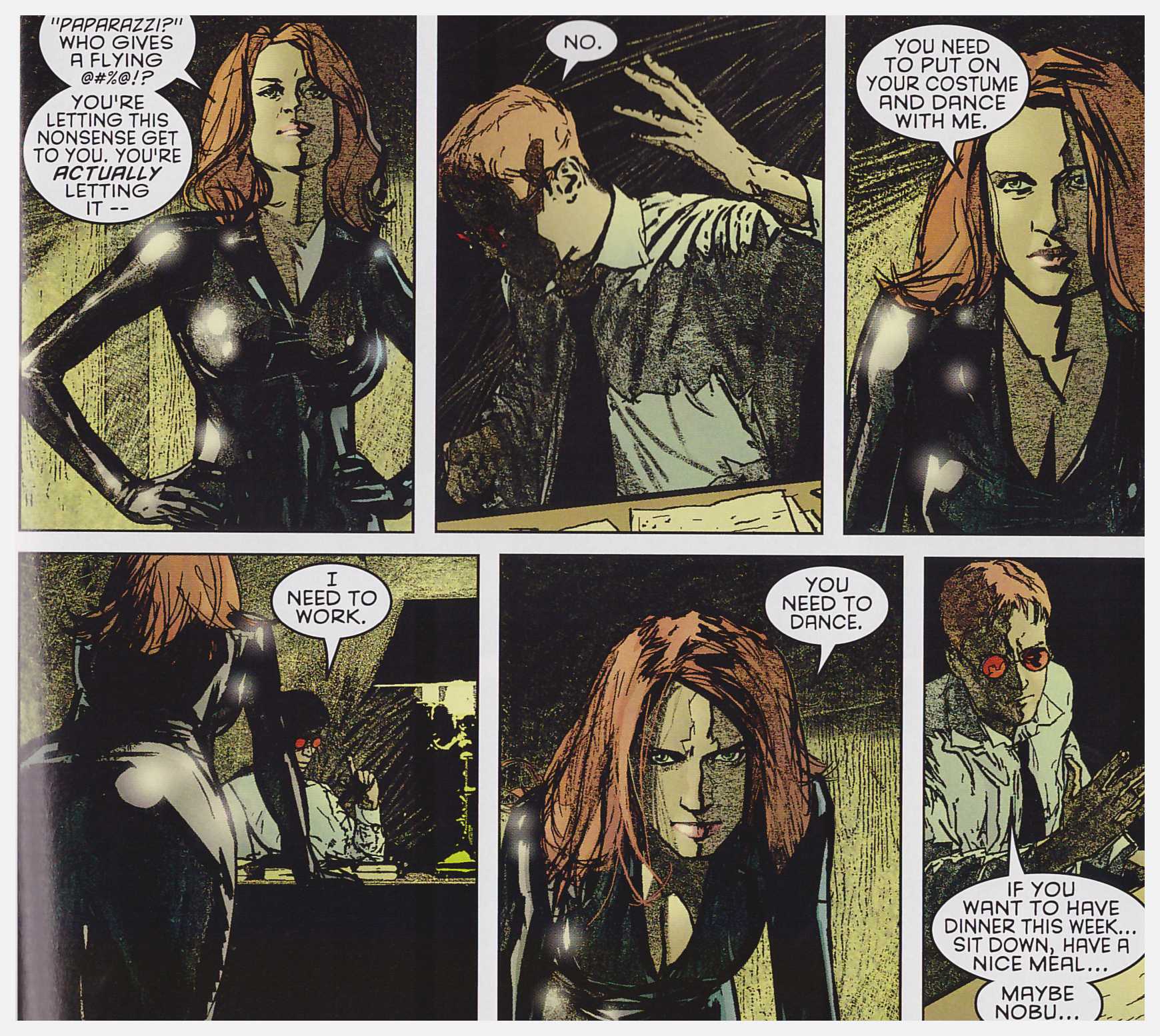 Underboss concluded with Daredevil’s civilian identity as lawyer Matt Murdock being revealed to the FBI. An engaging opening chapter here lacks Daredevil entirely, yet his essence hovers as assorted law enforcement officials debate the truth of the statement, and it’s followed by another in which the information achieves wider currency.

The revelation ensures complications for those already aware, and their differing reactions anchor the narrative, simultaneously displaying how good a writer Brian Michael Bendis can be. Instead of Murdock’s law office partner delivering a line we have “Thank you for not telling me I’ve been careless with my secrets and it could be anyone”, as Murdock attempts to deduce how he’s been outed. “You’re welcome”, replies Nelson, “but you have been and it could be.” Newspaper reporter Ben Urich occupies an extended sequence denying the revelation to his publisher and editor, at the same time nailing why it’s not news in the truest form.

The overcast city created by artist Alex Maleev and colourist Matt Hollingsworth reflects Daredevil’s mood, elevated only by handing out a well-deserved beating. Naturally, though, being a lawyer he has resources at his disposal, misdirection being one of them: “My optic nerves completely detached from my brain and were damaged beyond repair.”

Bendis is still operating a very leisurely pace that largely sidelines Daredevil, although Murdock is centre stage for much of the book. Those wanting their dose of superheroes get it from the assorted guest stars who respond to the news. Black Widow, Elektra, Iron Fist, Power Man and Spider-Man all have a role, and all are well characterised in a sequence that won an Eisner Award. This is the first indication that Bendis might emerge into the wider Marvel universe, and the following Lowlife offers further integration.

Maleev is absent for a second story, which has the pacing and smarts of a TV crime drama. A police officer is murdered during a robbery, and the culprit on trial is former martial arts hero the White Tiger. It’s a tense and unpredictable story, with White Tiger’s largely disposable heroic stature feeding into the tension. Manuel Gutierrez drawing the opening two chapters is preferable to Terry Dodson’s rushed looking conclusion, presumably supplied at short notice.

This collection is now out of print, but the content is gathered along with preceding volumes Wake Up and Underboss in volume one of Daredevil by Brian Michael Bendis and Alex Maleev Ultimate Collection.