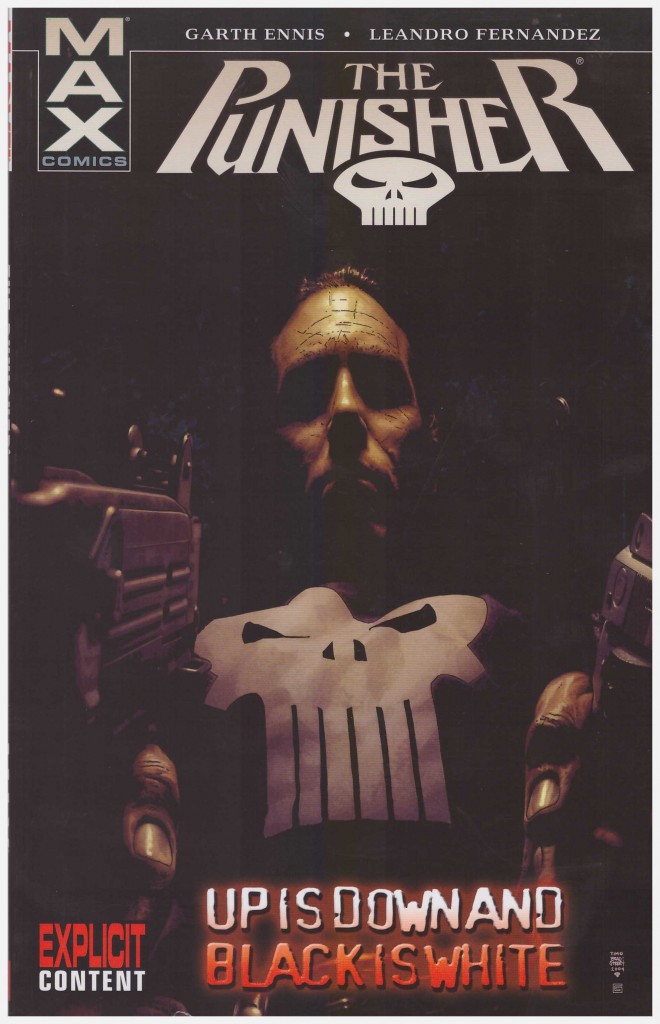 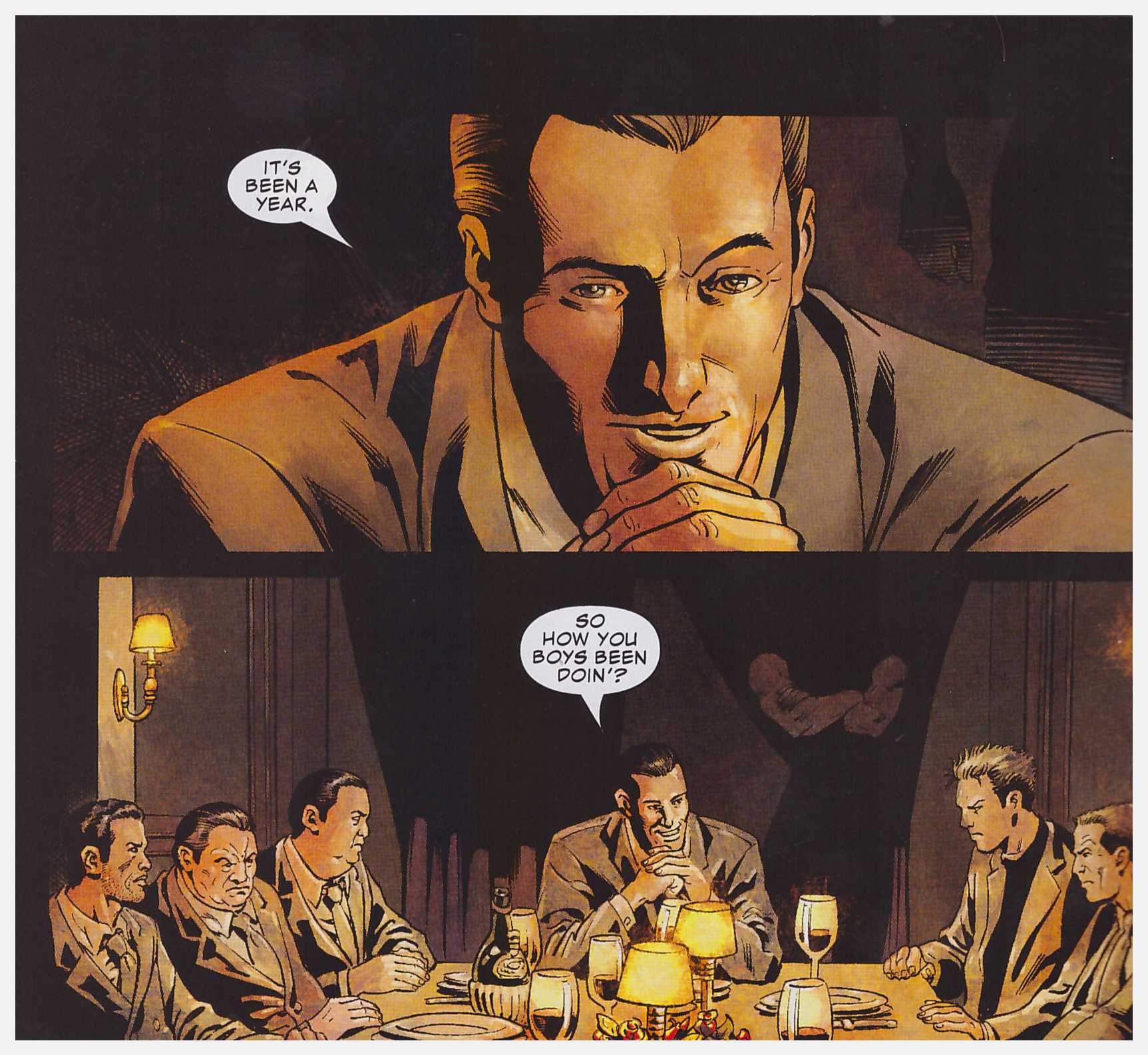 Ambitious middle-level Mafia goon Nicky Cavella was first seen in In the Beginning, and went a long way to delivering his promise to ensure the Punisher could no longer threaten organised crime. He proved one of the rare targets to avoid the Punisher’s instant justice, and fled New York. Now he’s back. So are a few other characters from the previous books, most prominent being former CIA agent Kathryn O’Brien. Ennis drops enough hints throughout the series indicating she’s the same woman he wrote as Kathryn McAllister in Hitman, and her previous admiration for Frank Castle comes to fruition. Also returning is another former CIA agent Bill Rawlins, instrumental in Mother Russia, and here unwillingly tasked with killing the Punisher in revenge for his role in that story. Also back in spirit, if not in person, is the deadly Pittsy.

There’s little to choose between this volume and The Slavers, which follows, for the best story in a generally fine run. Ennis conceives a genuinely shocking method by which Cavella draws the Punisher’s attention, the information extracted from Rawlins will have later relevance, and just what it takes to have a relationship with the Punisher is explored. A particular triumph is the manner in which cast members are introduced in the first chapter, a masterpiece in compact storytelling, instantly defining them for new readers. He goes further for Cavella, constructing a past that explains the man he now is.

Leandro Fernández returns to draw this story, with the inking of Scott Hanna rounding off some rough edges and adapting the pencils to better deliver plot elements relying primarily on a convincing portrayal of people.

For those preferring their Punisher in more lavish format Up is Down and Black is White is collected with Mother Russia in the hardback Punisher Max volume 3. The full luxury treatment, is Punisher Max by Garth Ennis Omnibus Vol. 1, which collects this along with four other Ennis stories.