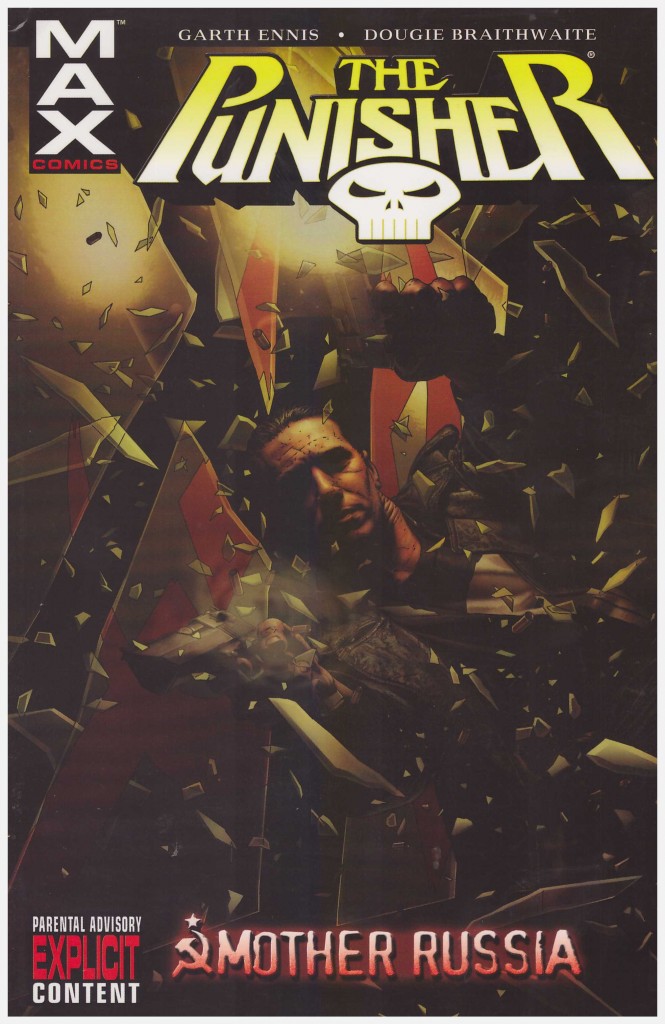 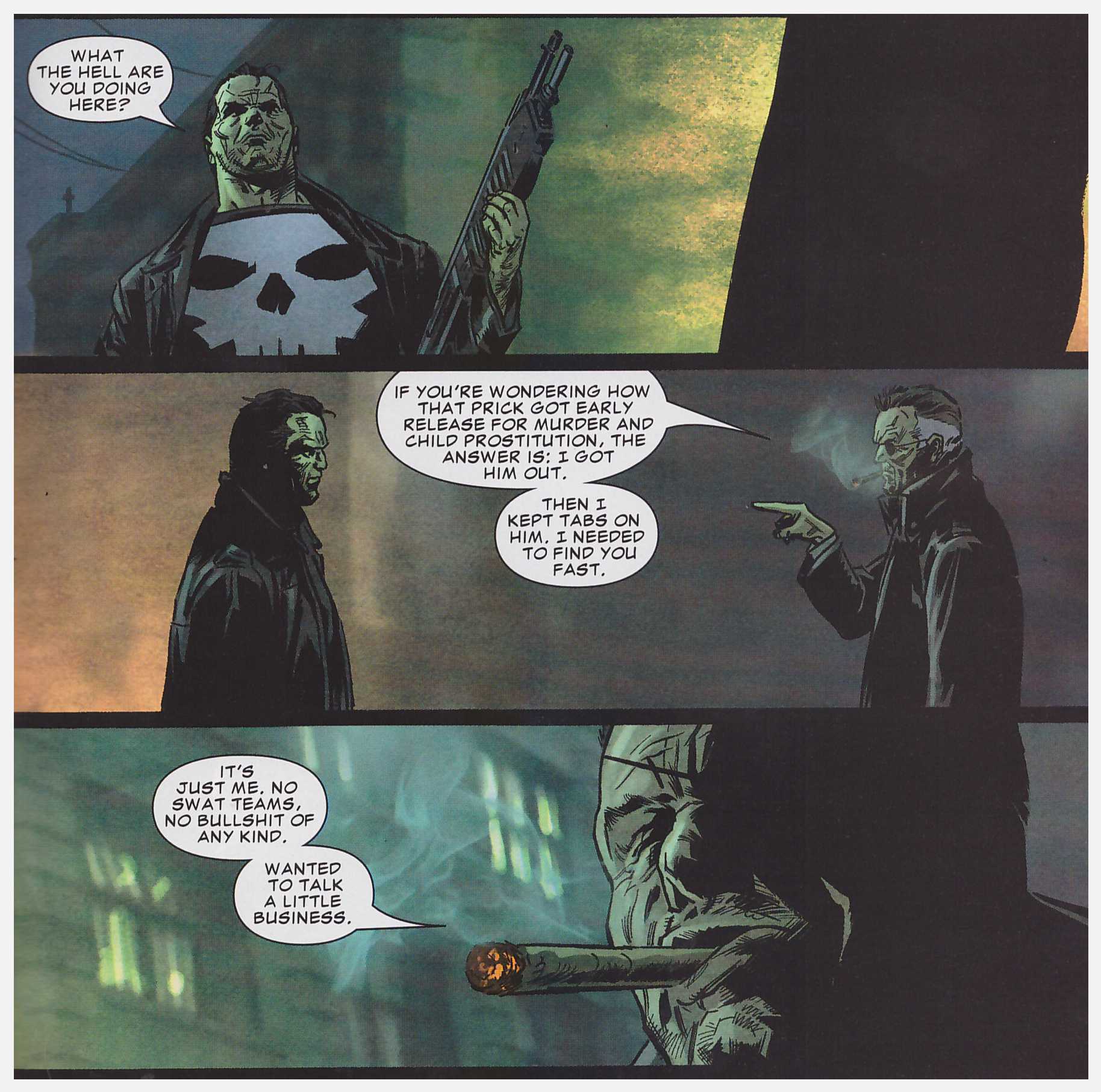 The consummate storytelling of Dougie Braithwaite garnishes the third of Garth Ennis’ more action-adventure oriented Punisher serials. Given a script very heavy on talking heads in places, Braithwaite’s art never fails to hold the interest, and his multi-cultural cast is distinctive and identifiable.

In each of his stories during this run Ennis has supplied one threat that stands out from the others, someone the readers can believe may be more than a match for the Punisher. Here it’s the Mongolian, a whipcord thin, steel hard ex-Soviet forces assassin completely loyal to General Zakharov. He’s the one person in the Russian military structure with the vision to surmise what’s been happening in his base. He doesn’t know the Punisher’s responsible, but is able to guess that the United States is.

Already investigating Russian gangsters, the Punisher is persuaded by Nick Fury, head of the US secret forces, to take on a mission in Russia. The sweetener is log-on details to every law enforcement computer system greatly enhancing the Punisher’s capabilities. It might have seemed a reasonable trade-off in New York, but when he’s trapped injured in a Russian missile solo with the Mongolian heading his way…

For most of this series Ennis supplies a top-notch action-adventure thriller, and this is no exception, but it’s the human touches that raise the story a notch. The reason the Punisher’s sent to Russia is the threat of a deadly virus spreading, but central to the mission is the rescue of a young girl, instantly ramping up the emotional content. There’s a particularly fine coda as well, while the generals representing the higher echelons of the US defence structure are portrayed in an appallingly poor light.

Mother Russia is also available coupled with the following story Up is Down and Black is White in the hardbound Punisher Max volume 2. The full luxury treatment, is Punisher Max by Garth Ennis Omnibus Vol. 1, which collects this along with four other Ennis stories.