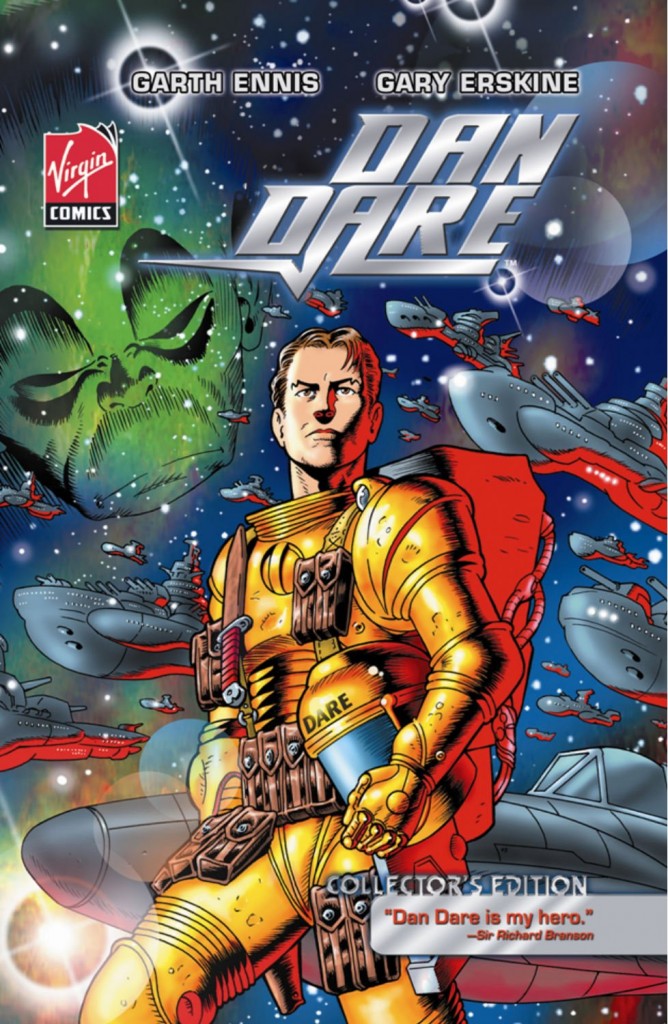 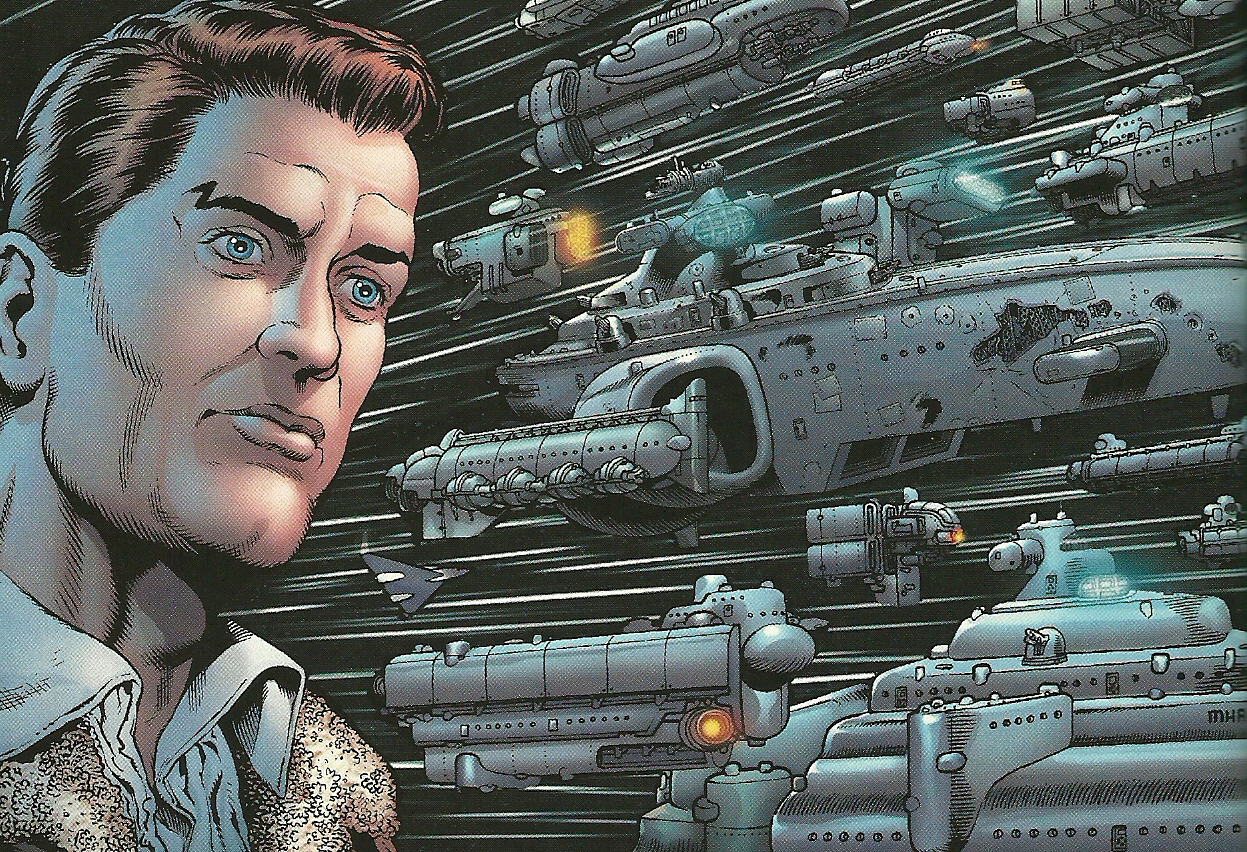 The original Dan Dare became part of British folklore, taking his place alongside the likes of Sherlock Holmes and Doctor Who. Yet unlike those two, Dare has resisted successful reinvention. Even during his 1950s run in The Eagle, it was only under the guiding hand of his creator, Frank Hampson, that Dare really shone. For a character whose appeal has transcended the ages, Dan Dare has resisted attempts to uproot him from his 1950s-styled future, and suffered from how the real world has changed over the intervening decades.

This then, was the creative challenge facing Garth Ennis and Gary Erskine as they embarked. In 1990, Grant Morrison and Rian Hughes had revived Dare as an elegiac figure, and offered a reasonably successful template to emulate. Yet Dan Dare in its pomp wasn’t a melancholic strip and Dare in a minor key can only be sustained for a short period of time.

Nonetheless, this is where this version of Dare comes in. At the start of the story, he bestrides a bucolic English landscape. The smack of cricket ball against willow is his soundtrack and the local pub is fully stocked with salt-of-the-earth locals. This an illusion, one created by Dare to allow him to ignore the realities of a universe that- like our world -has largely left him behind (albeit tea from mugs is still consumed by all right thinking space explorers).

Like most comeback stories, Dare has been out of commission for a while, but is pressed back into active service when a foe from the past re-emerges.  Unsurprisingly, it’s the return of his long-standing arch-nemesis, The Mekon, that prompts our hero to step forth back into space decked only with an intricately drawn flying jacket and a supernatural faith in his own abilities.

Ennis spends a great deal of time defining Dare as a living legend, which means he bestrides the story as a kind of unflappable colossus. The downside to this interpretation is that there is never any doubt that every gut instinct decision made by him, or those he has bestowed patronage upon, will play out successfully.

Yet putting aside the mythologising, Ennis and Erskine tell a reasonably taut and exciting adventure. There is a long and thrilling set piece on a colony planet, in which Dare and perennial batman Digby fight off an insurmountable horde of Torrs, while later our heroes find themselves once again on the wrong side of an ill-matched tussle, this time in space against a fleet of Treen space ships. In both instances, pluck and ingenuity are the secret weapons that secure their success.

While this succeeds in rekindling some spirit of old, the political subplot featuring Peabody as Home Secretary coming to terms with her Prime Minister’s duplicity is energy-sapping and seems to exist purely to give the story a bit more heft.

Throughout, Erksine works really hard to supply a fusion of modern comic strip sensibilities with a dash of Hampson-esque photo referenced realism. The single page in which Erskine unleashes his full Hampson pastiche is a delight, yet in other places his composition is stilted. His realisation of Dare though, is satisfying, a successful update without abandoning the spirit of the original.

And that is a fair summary of this enterprise as a whole. Ennis hasn’t been too clever or too reverential. It would have been nice to have dialled back the central character’s infallibility, but the adventure quotient is set at the right level and, ultimately that’s what’s always marked out a successful iteration of this boy’s own Pilot of the Future.