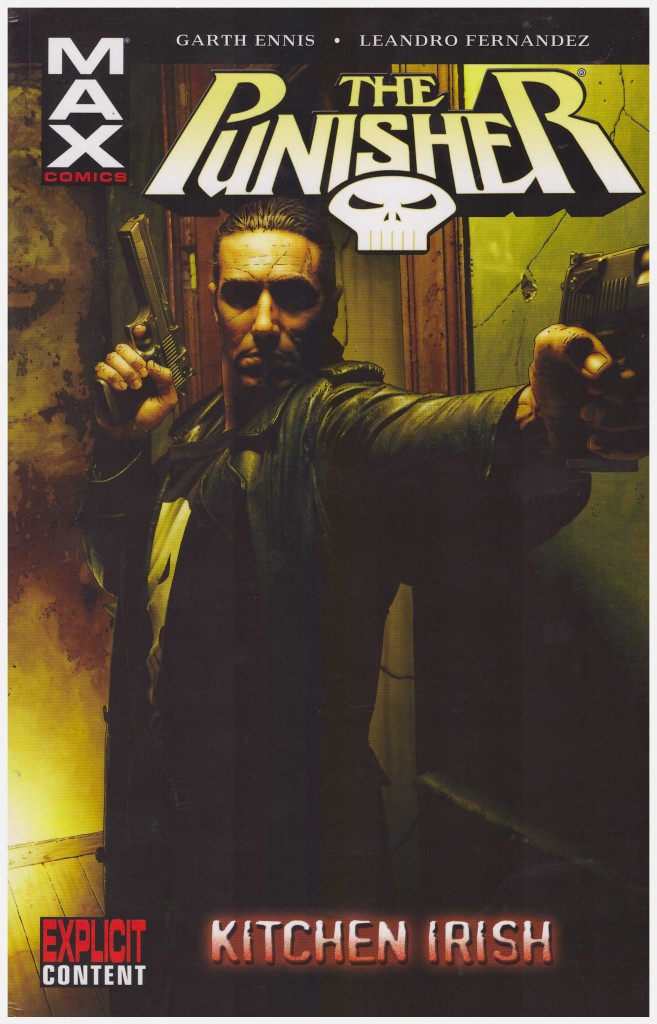 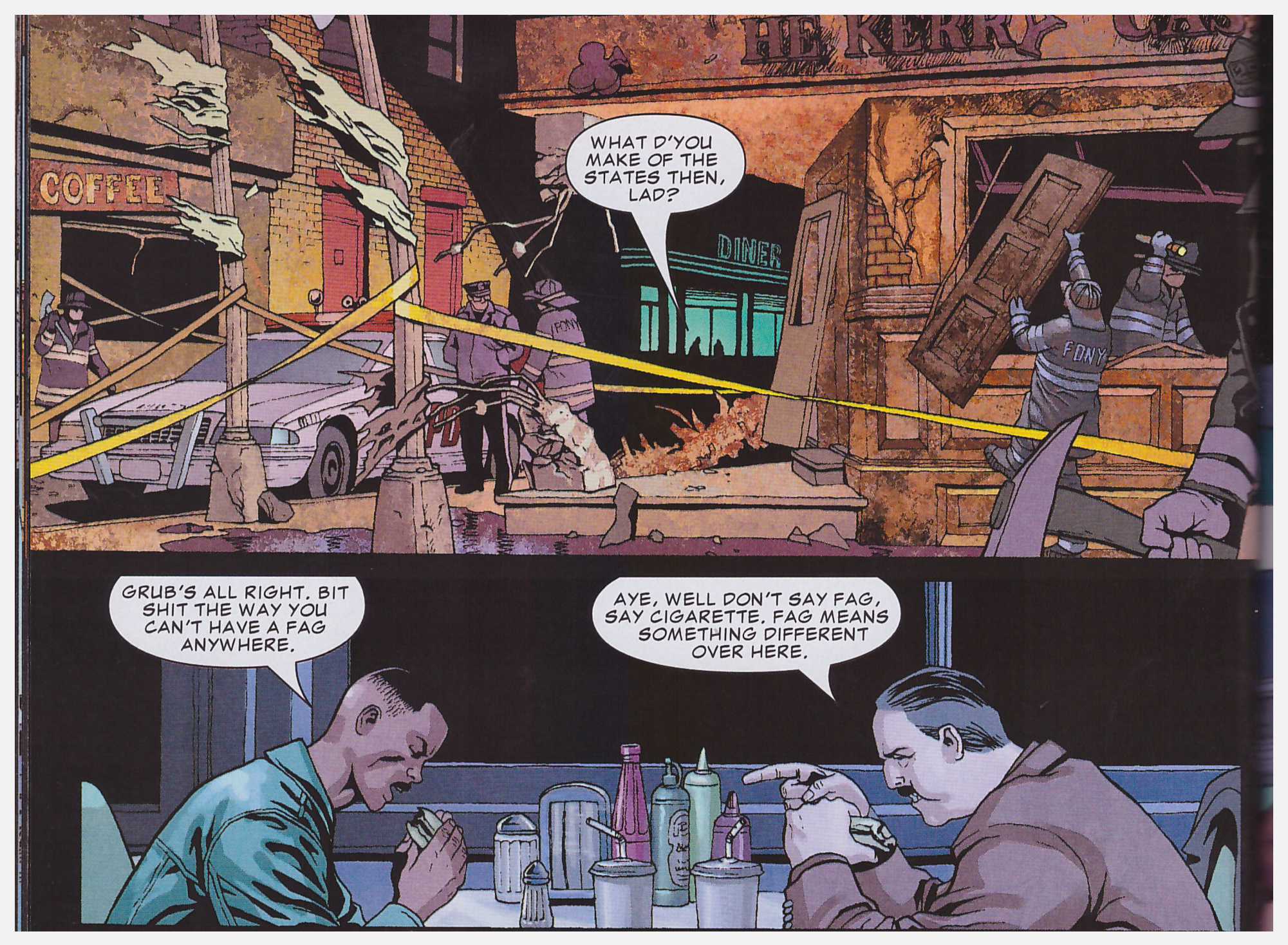 Writer Garth Ennis grew up in Northern Ireland, and so has a perspective on the day to day misery endured by a fractured community and on those who caused it. Kitchen Irish deals with the rationale behind the problems when exported to New York and a new generation. The Punisher’s involvement begins when he’s having his lunch and Irish pub explodes opposite the diner, bringing several characters of Irish origin onto his radar.

The most extreme of them is Finn Cooley, a man so dedicated to his bigotry that his war continues despite him missing most of his facial features, lost when a bomb he was constructing detonated prematurely. Only slightly further down the unpleasantness scale is Maginty, a dreadlocked monster who delights in torture, and there are assorted other distasteful individuals all with connections to a particularly repellent and recently deceased Irish gangster called Nesbitt. Never one to smile when he could spit in someone’s face, his parting kick is to set assorted gangs against each other by leaving each one clue as to where his money is hidden, knowing full well that co-operation won’t be on the agenda.

Being familiar with the territory, Ennis deals in passing with so called Plastic Paddies, folk who’ve never set foot in Northern Ireland, yet mythologise the conflict there, and there’s a very human touch in dealing with former and weaker IRA supporters. Also introduced is British agent Yorkie Mitchell, a man near retirement age who’ll figure later in the series, who’s the Punisher’s conduit into the various factions exporting problems to New York.

Artist Leandro Fernández isn’t quite as accomplished as his predecessor Lewis Larosa, but in no way deficient, and the designs he delivers for Cooley and Maginty in particular are disturbing and memorable. This is also available collected with the previous volume In The Beginning in a hardcover titled Punisher Max vol 1. The full luxury treatment, is Punisher Max by Garth Ennis Omnibus Vol. 1, which collects this along with four other Ennis stories.