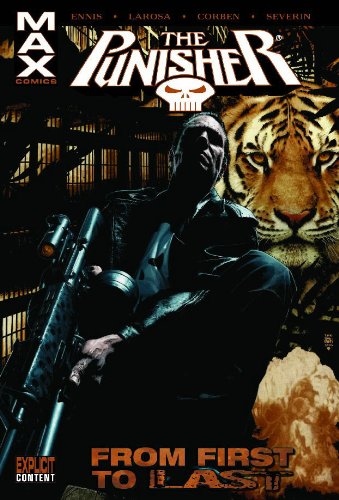 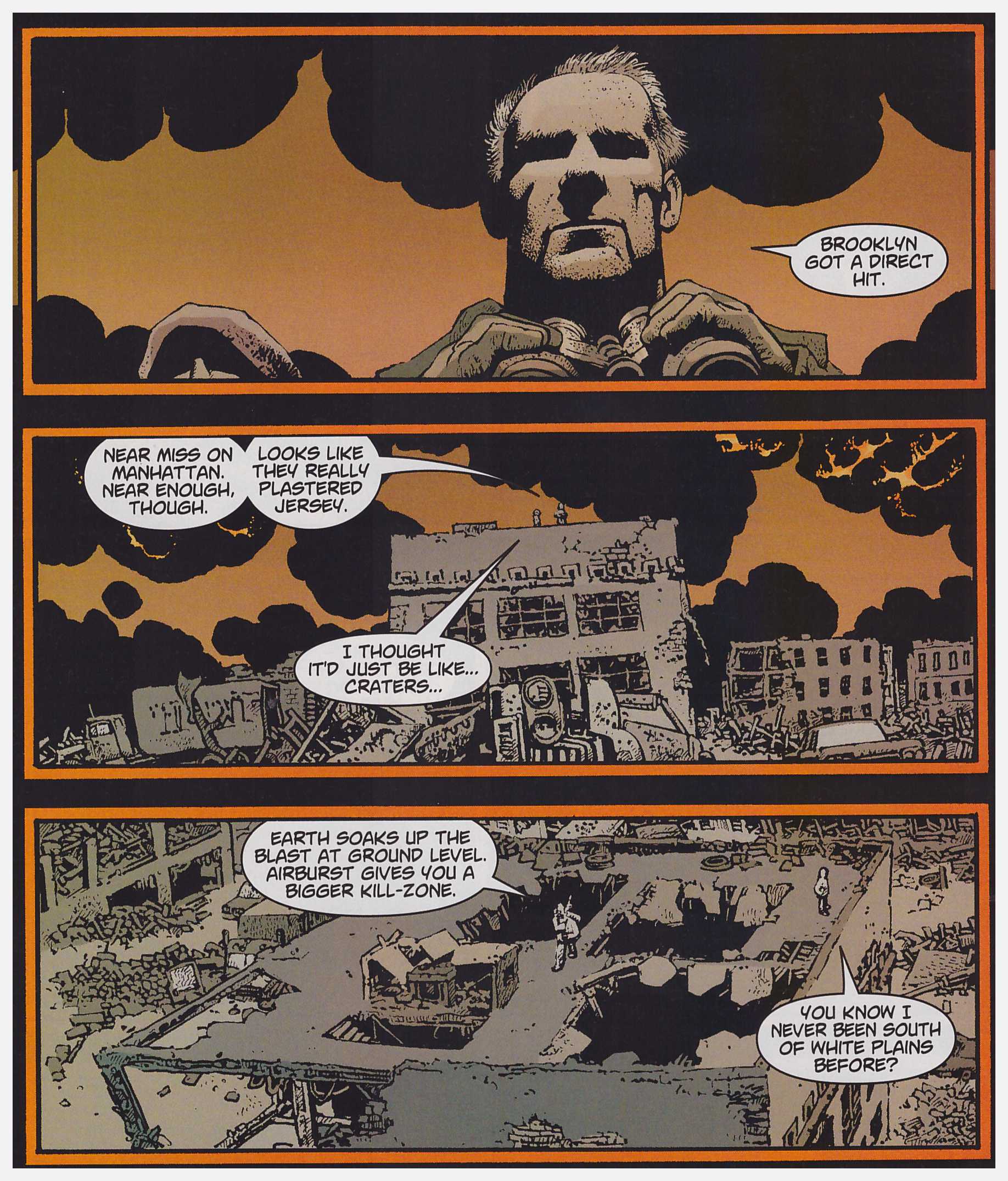 Between 2004 and 2008 Garth Ennis wrote a series of largely excellent hard-boiled Punisher stories, breaking each down into six chapters and starting with In The Beginning, which is a very good place to start. Some of the material he conceived, however, didn’t require six chapters, and was issued as a series of one-shots, and it’s these collected in From First to Last.

There’s a thematic unity to the stories, one tying in with the Punisher’s origin, one looking back at his youth and the other examining his final days, and they’re also companion pieces to Born.

‘The Tyger’ applies William Blake’s poem to the 1950s neighbourhood where Frank Castle was raised, and where a gangster family ruled with an iron hand. Their interests came first, never mind the cost to others, which was often tragic. ‘Touching’ is probably a word that will never be accurately applied to a Punisher story, but this is as close as it’ll come, with Ennis deftly weaving the lack of total understanding of the young Frank Castle around the knowledge his parents would rather not possess.

The idea of the Punisher surrendering to the authorities purely to edge himself closer to jailed felons on his hit list is one that’s been seen before, but surely not as well handled as ‘The Cell’. Ennis begins by detailing the crimes committed by five old Italian American gangsters, and displaying the comfortable, if incarcerated, life they now lead as kings of a corrupt system involving a hierarchy of staff and convicts. He then switches to the beatings the Punisher endures just to place himself in their vicinity, underlining his dedication. This is an A to Z story with few surprises and no detours, but the despite the inevitable outcome, the compelling nature of the Punisher’s relentless war on crime drags us through a bleak and personal mission.

‘The End’ was one of a series of specials or miniseries Marvel produced detailing the final days of assorted characters from the Fantastic Four on down. Ennis’ Punisher is single-minded, ruthless and remorseless, and now freed in a world where nuclear devastation has been allowed to occur, he knows where he’s heading. Those choosing to do so could see it as a direct continuation of ‘The Cell’.

All three stories have excellent artists appended. John Severin effortlessly reconstructs the period during which he first became an acclaimed artist. The team of Lewis Larosa and Scott Koblish create a dank and dingy world behind bars for the dank and dingy circumstances. And it might be imagined that Richard Corben and the Punisher would make for an awkward fit, but that’s not so, and he’s ideal for illustrating a disintegrating and disease-ridden society.

Even Ennis’ Punisher Max series had the occasional laugh, but there are none to be had in any of these stories. Here we have it reinforced that the Punisher’s world isn’t anywhere you’d want to be near.

The stories are also collected along with Ennis’ other Punisher material in the second Punisher Max by Garth Ennis Omnibus.