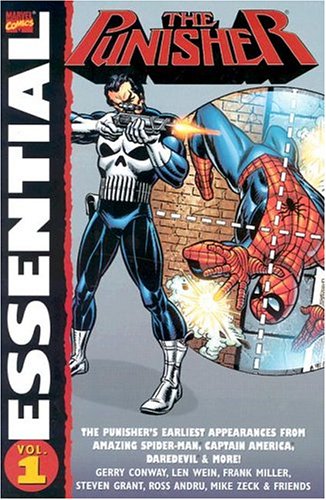 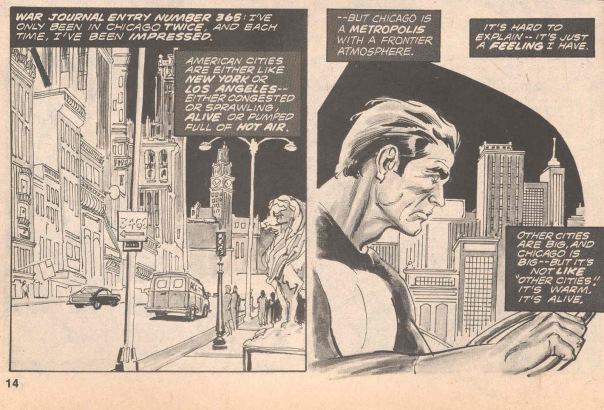 This volume breaks with the pattern of Marvel’s Essential books by presenting not the opening twenty five or so issues of the Punisher’s first title, but his first appearances over half a dozen titles in which he was the villain of the month, a guest star or a complication. There may not be the consistency a regular creative team might bring, but there are a fair amount of decent stories, certainly more than any other Essential Punisher collection.

When Gerry Conway decided to place an assassin based on the title character from Don Pendleton’s Executioner books into a Spider-Man comic, it was surely a throwaway gesture. Yet of all the characters Conway set against Spider-Man in a generally good run, only the Punisher took off. This was in 1974, and as this book collects all the Punisher’s appearances for the first dozen years of his existence it speaks volumes about what a slow-burning character he was. Frank Castle was a violent man awaiting more violent times, and they came in the 1980s.

There’d been a brief spurt of popularity in the years immediately following his introduction, during which the creative high spots were two tales drawn by Tony DeZuniga. These were prepared for black and white magazines aimed at an older audience, enabling Conway, then Archie Goodwin to ramp up the violent content to good effect. Goodwin provides the better story, working his way into what transformed Frank Castle into the Punisher, while surrounding it with a decent mission.

After his first appearance, most of the Punisher’s intrusions into Spider-Man’s life aren’t particularly memorable. The exception is an encounter with Doctor Octopus, which shouldn’t work at all, but does, primarily due to the enthusiasm Frank Miller obviously has for the character, and Denny O’Neil supplies a neat twist in the ending. That’s immediately followed by the best work in the book, a still gritty two-parter about drugs in schools, written and drawn by Miller, and considered so controversial at the time that publication was delayed for almost a year.

Bill Mantlo’s decision to inflict a bout of psychosis on the Punisher was ill-advised, but almost immediately rectified in the following story.

We’re now into the 1980s, and the book closes with Circle of Blood, the five part story that really kicked things off for the Punisher. It opens with the Punisher being led through the cells at Ryker’s Island, a new arrival on a tempestuous night. “They fear the storm to come. That’s how I like it.” The idea of the Punisher permitting himself to be captured in order to be among captive targets wasn’t new, but with the polished art of Mike Zeck and a terse script from Steven Grant, the opening chapters sparkle, and no mind if the remainder of the story is declining curve, the character was now meshed with the zeitgeist on his way to becoming a Marvel headliner.

Essential Punisher volume two picks up with the first issues of his own regular series.