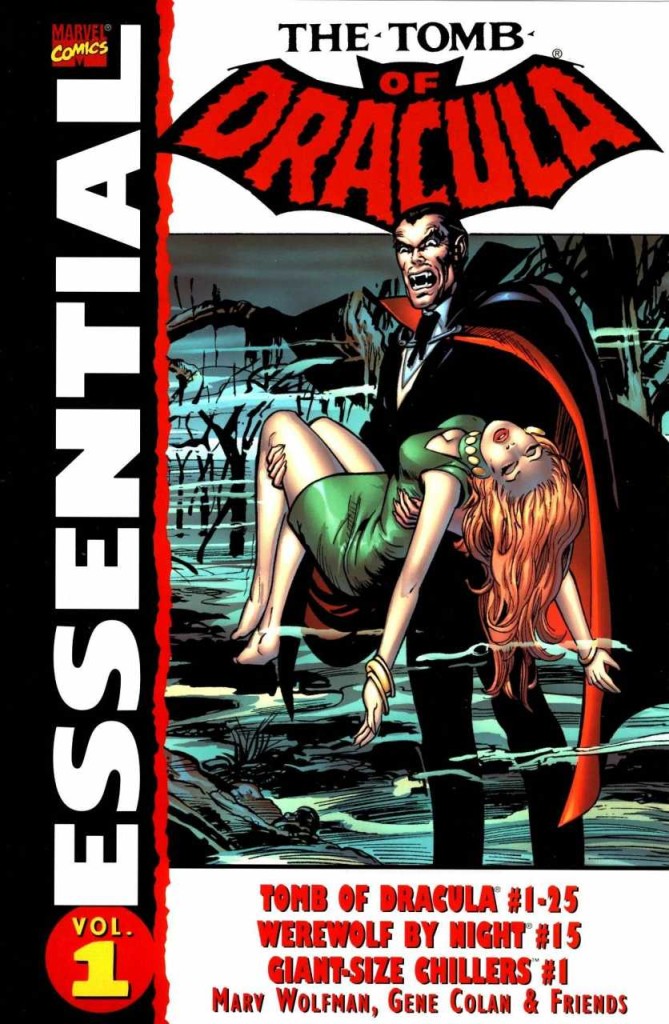 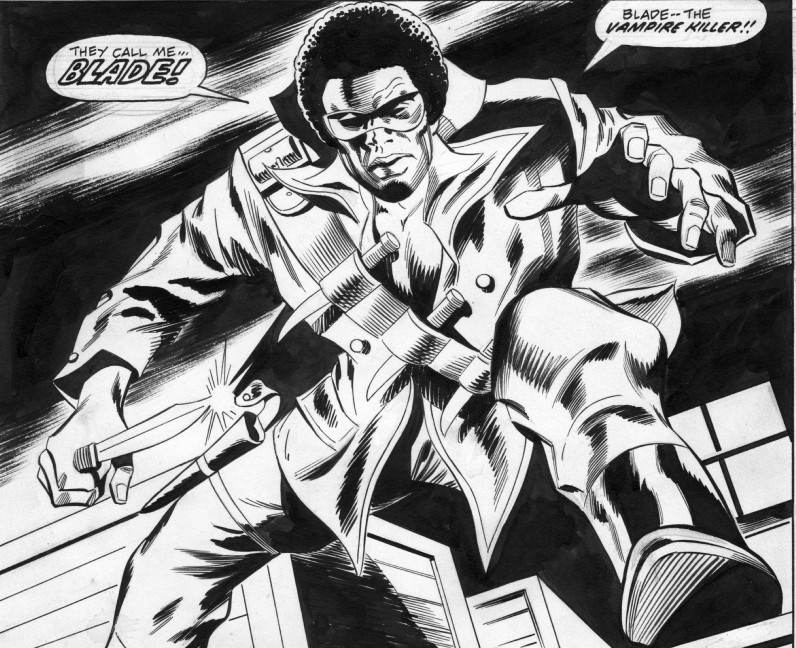 The entire run of Marvel’s lauded Tomb of Dracula is available in the Essentials series of 500 plus pages in budget black and white, and being rolled out in shorter volumes with restored colouring, but under half the page-count. For the wealthy there are also two oversize hardback volumes in colour.

By the early 1970s Marvel were looking to expand from their successful superhero titles into other genres, and a relaxing of Comics Code Authority rules allowed this contemporary take on Dracula. This collects the first 25 issues, which are entirely new stories, although adaptations of Stoker were published in other Marvel titles and collected in the fourth Essentials volume.

Frank Drake, a down on his luck young American travels to the depths of Europe to see a castle he has inherited. It turns out Drake is an anglicisation of Dracula, and he inadvertently brings his ancestor back to life. The series then revolves around Frank and the descendants of van Helsing and the Harkers from the original book, as they clash with Dracula across Europe. They gather a rich supporting cast, starting here with Blade – one of comics’ first African-American heroes, and of course, later a film franchise.

With issue 9 Marv Wolfman becomes the regular writer. One of the best comics writers of the day, he really hits his stride with the three part story starting in issue 12, and keeps a brisk pace, weaving back-story and characterisation fairly seamlessly into the action sequences. The captions and Dracula’s dialogue are appropriately gothic, but this is contrasted with more down-to-earth language from Frank and Blade. These are stories where the characters face real danger and tough decisions.

The main draw here, though, is the artwork. All issues of the main Tomb of Dracula title were pencilled by Gene Colan. He’s known for his dynamic movement and bold compositions, but is sensitive to the material, and sticks to more sober yet still flexible layouts, using a variety of rectangular panels with zooms and changes of angle to propel us through the story. He’s a master of setting and atmosphere, combining here mist-shrouded gothic darkness with brilliantly chosen and realised interiors.

By issue 12, the dream-team was completed by inker Tom Palmer, whose fluid, painterly brushwork renders Colan better than Colan himself (see issue 1). Their Gothic churches and Victorian mansions complete with chandeliers, balustrades and cornices are lovingly rendered. Equally they nail 1970s cool for Blade’s apartment – a lush haven from his life of danger.

Palmer did much of the colouring, using a moody sensitive palette, that still looks good today, but for that you’ll need to buy the colour editions. However, comparing the colour and black and white options reveals pluses for each. The black and white version shows the nuances of the inking, while the colour provides coherence to the sometimes busy drawings.

This trio would continue until the final issue six years later: one of the most sustained and best teams on any comic of the period.

Over this volume we see the creative team come together and by about halfway through the book really hit their stride. The rating is 3.5 stars due to the weak start, but the later material would merit 4.5. That still gives us in this volume at least 300 pages of them at their best. It’s one of the high-water-marks of mainstream comics in the 1970s. The story and particularly artwork remains impressive, even in this black and white version.