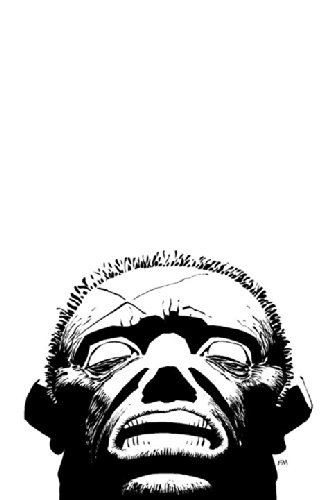 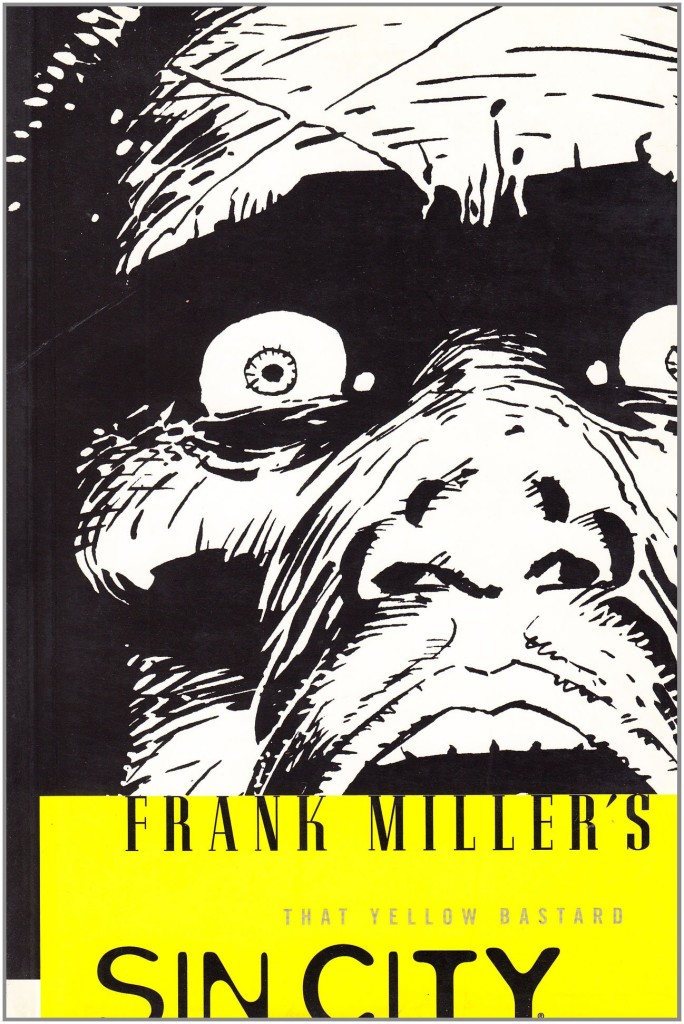 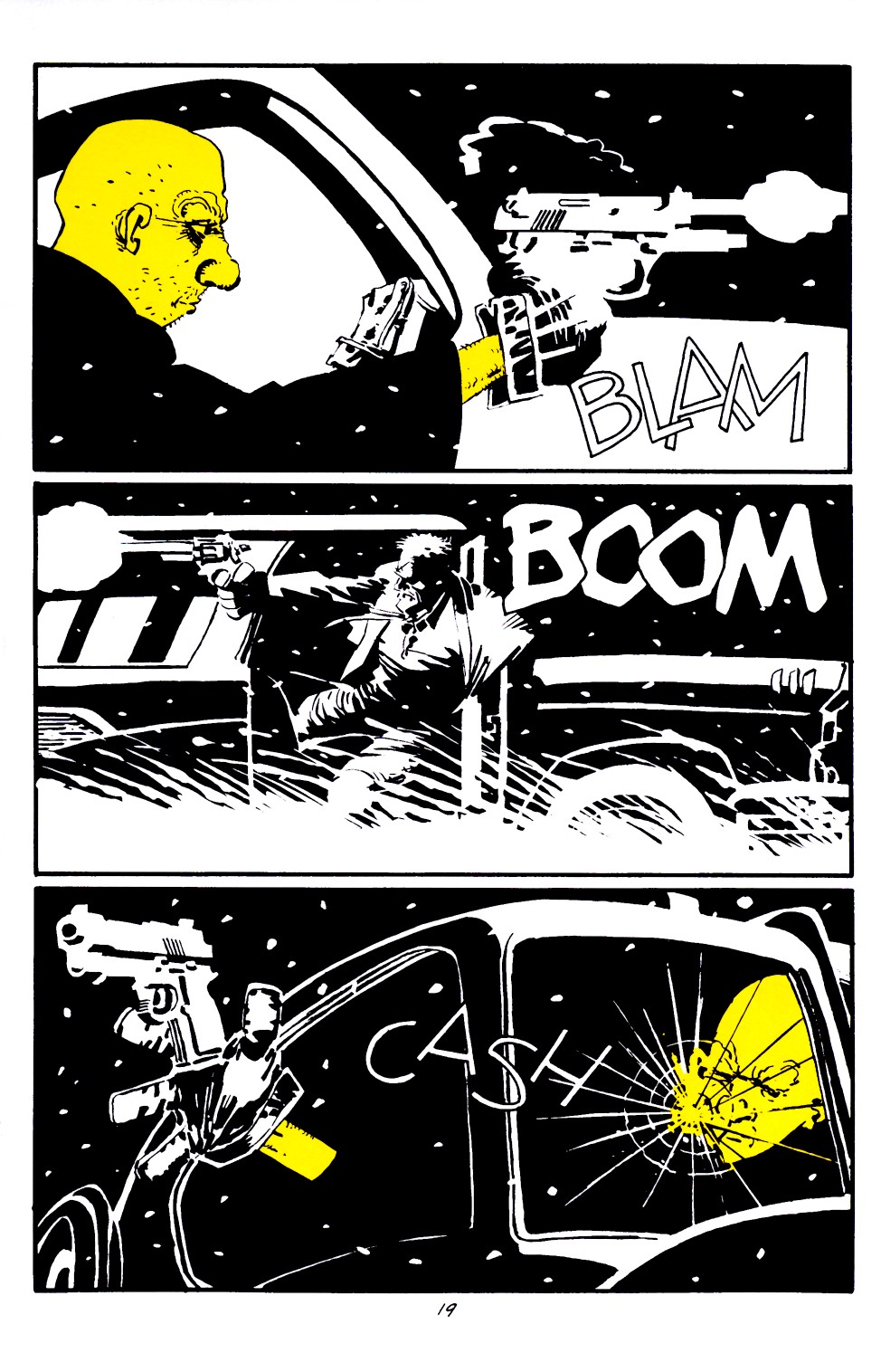 The opening chapter of That Yellow Bastard was transferred almost directly to an early scene of the first, and best, Sin City movie in 2006. Hartigan, possibly the city’s sole honest cop is one hour away from retirement, but unable to relinquish the case of a kidnapped eleven year old girl. Large, pitted and scarred, Hartigan wears his years of service on his face, and the reason for his retirement is medical: he has a dodgy ticker.

It would seem over the course of the opening chapter that Hartigan is a man with nothing left to lose, and the freedom this confers will ensure his success when faced with the entrenched powers of Sin City and the corruption of his own department. Or perhaps not. He’s sidelined at an inconvenient moment, captured, told what will happen, and further told what will occur should he reveal what he’s been told to anyone. It’s a shocker of an opening, and over a considerable span Hartigan’s situation doesn’t improve.

Frank Miller has constructed his best Sin City to this point, with a strong emotional element that previous forays into obsession and lust haven’t provided. Not least of it is sympathy for Hartigan as he sustains himself in wretched circumstances.

There’s a big artistic departure here. Having presented the previous three volumes in extremely stark black and white, the impact of the single spot colour, yellow, applied to one member of the cast is an extraordinarily powerful visual device. That character is exceptionally well designed and fleshed out, the colour not their only distinctive feature.

As with the previous Sin City graphic novels, loss is central to Miller’s desolate crime noir tale. He’s exceptional in creating Hartigan’s obdurate character, as black and white as the art, and in weaving sympathy for an essentially unlikeable man. For those familiar with the cast from previous books there’s a well dropped-in revelation, but unfortunately he also introduces an extremely unlikely element of emotional attachment. It doesn’t destroy a tense plot, but certainly undermines it. However, everything has been sustained so well to that point that the remainder skates on momentum to the conclusion.

Only the following Family Values tops this as an individual Sin City tale. Those preferring an oversize hardback on gloss paper to the smaller sized paperbacks on matt paper can find the entirety of Sin City within Big Damn Sin City.