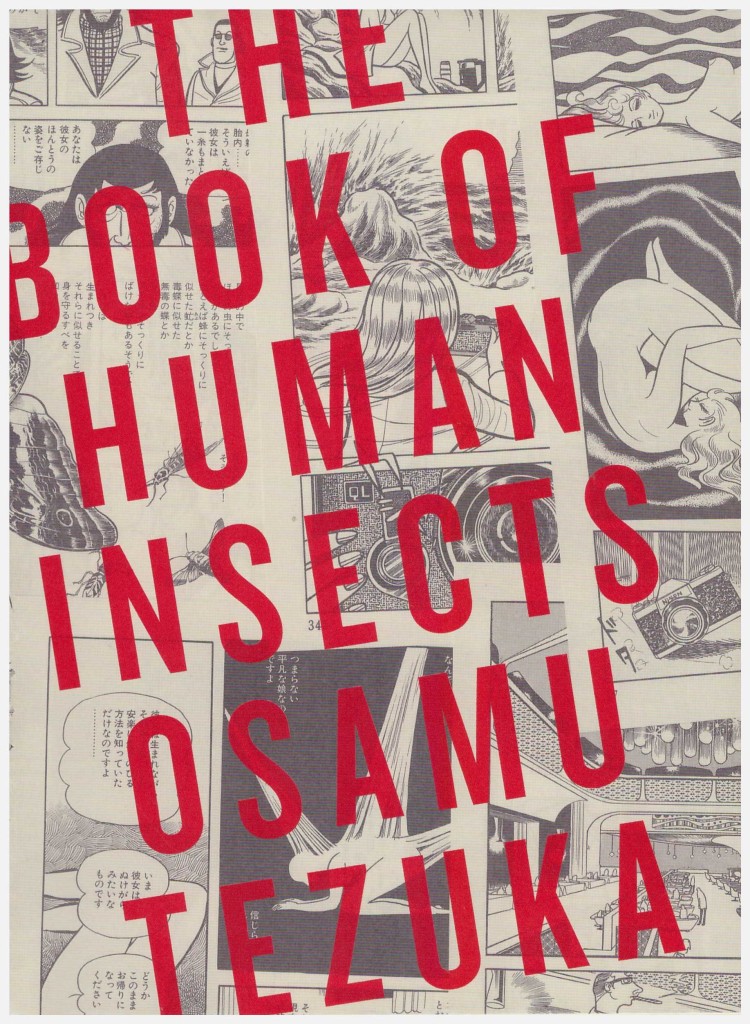 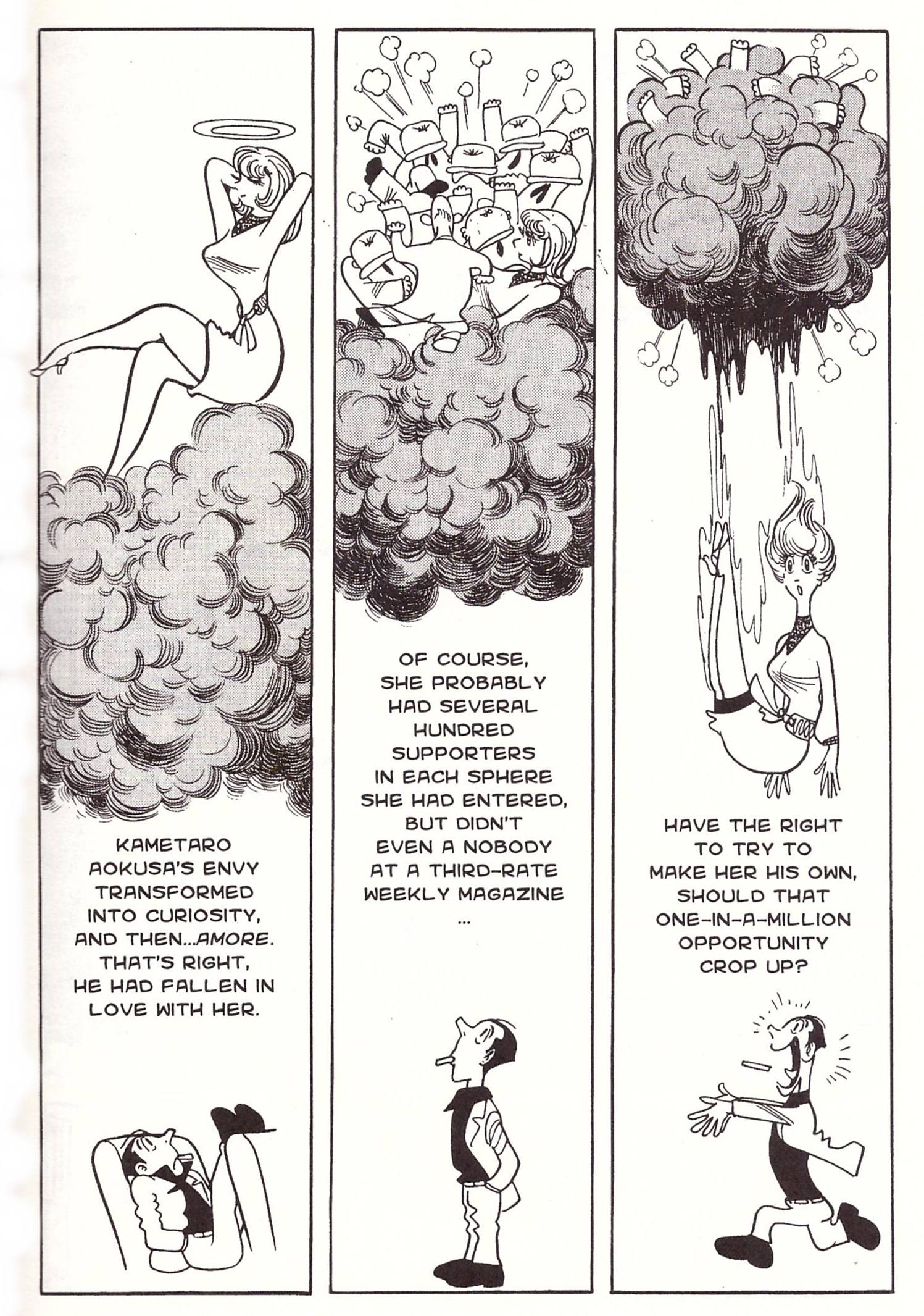 The Book of Human Insects is not only the title for this story, but also the title of the award winning first novel by Toshiko Tomura within. 23 year old Toshiko is a woman with the world at her feet. She’s a talented writer, but also an accomplished actress, winner of the New York Design Award, and very beautiful. This all leads to tabloid newspaper interest in her life, and when she’s followed to a cottage in a remote area by a reporter, Aokusa, he witnesses her caressing a very lifelike figure of an old woman, then falling back onto a bed and pleasuring herself. Toshiko is seemingly little concerned about being discovered, and in return for the revelations being repressed she agrees to meet the journalist five days later and relate her life story.

This unfolds, but not in the manner Aokusa intended, and to his detriment. Toshiko is revealed as a single-minded woman with a unique talent, morally bereft, unconcerned about her the way she affects others, nor of using them and casting them aside, often with tragic consequences.

It’s a horrifically bleak book featuring an unsympathetic view of humanity as a whole. No matter how appalling Toshiko’s behaviour, her attractiveness ensures someone else rapidly emerges to become another victim in the mistaken belief that they can bend her to their will. Once under her spell, no-one ever completely recovers.

The Book of Human Insects was produced between 1970 and 1971, a period when Tezuka was at his lowest ebb creatively. Having revolutionised children’s comics in Japan, the passing years had seen his reputation drop from innovator to passé, and he’d taken a decision to forge ahead with comics for adults. At face value, this is a story about the eternal attractiveness of the butterfly, and the attraction of moths for flame, but commentators having greater familiarity with the topic also read it as a critique of Japan post-World War II thrashing about for an identity.

It’s a very episodic book, reflecting its original serialisation, and in parts padded to no good purpose, such as a detailed explanation as to the dealings of one character’s company operations. It neither adds to the person’s profile, nor to the story being told, yet in other places elements that might be fleshed out are rapidly discarded. While a very accomplished thriller overall, the uneven nature of the story prevents it ranking among Tezuka’s finest.

The art is a different matter. Beyond his early forays into comics Tezuka barely turned out a poor page. He’s an instinctive storyteller, able to vary his styles according to the mood he wishes to impart, and never reliant on the exaggeration many associate with Japanese comics. It is initially somehow shocking to see his familiar style presenting unabashedly erotic work, for the sexual content here is higher than any other Tezuka project that comes to mind. Of particular note is a stunning section set in a jazz club. Music and comics are a consistently uneasy mix, but Tezuka brings the locale to life.

If there is bad, or even ordinary, work by Tezuka post-1970 it’s not yet been translated into English, but The Book of Human Insects doesn’t approach the quality of MW, Buddha, Adolf, Ode to Kirihito, Black Jack…