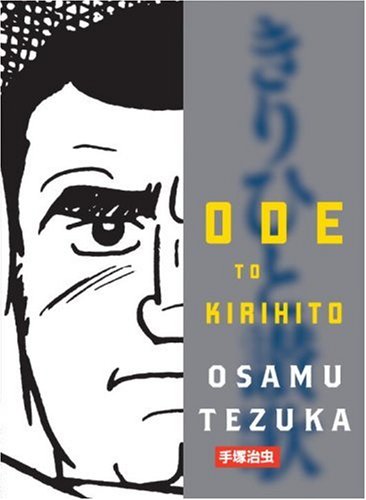 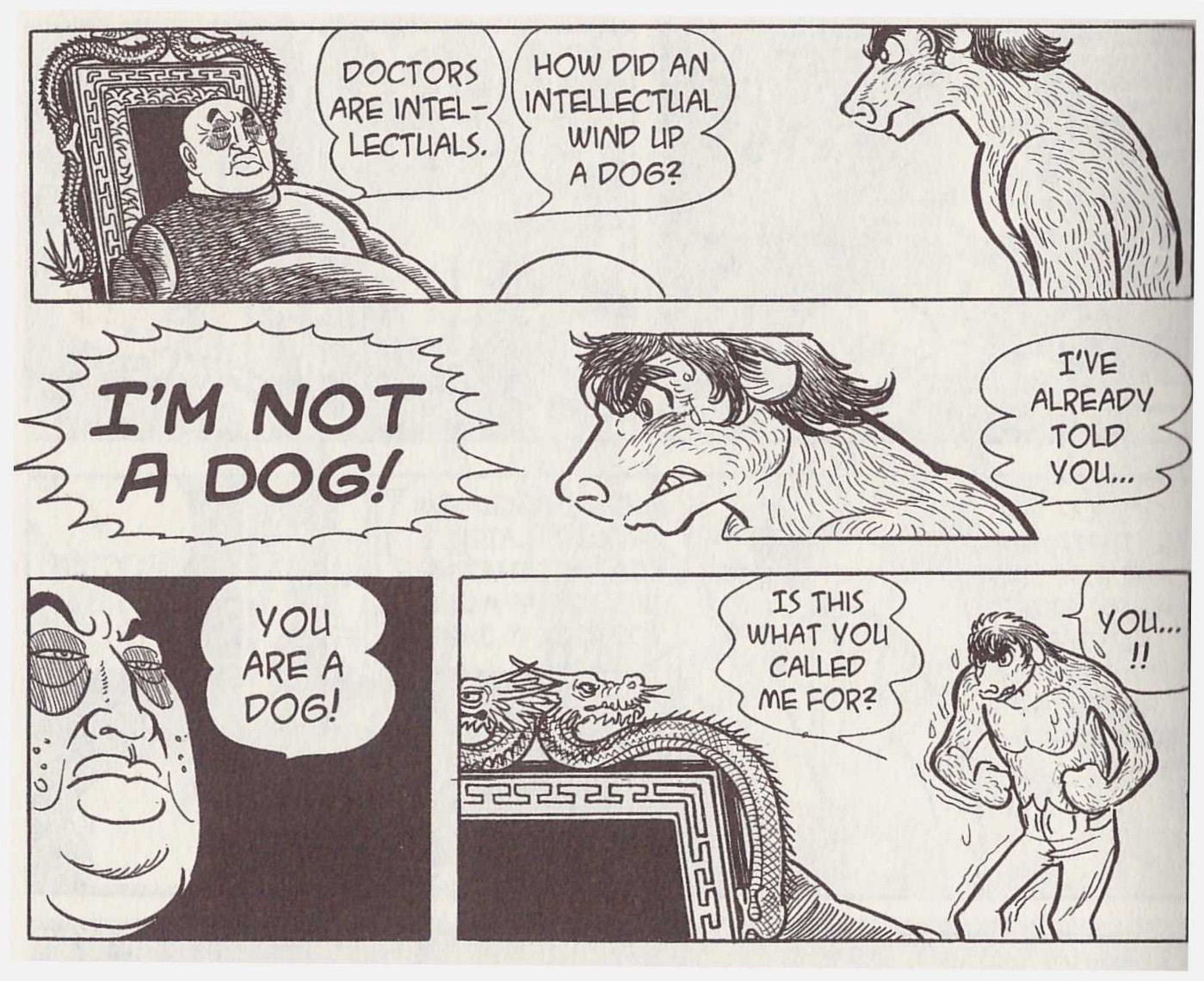 Ode to Kirihito is an uncharacteristic work from Osamu Tezuka, who began the serialisation in 1970. While he retained the reverence for his vast contribution to Japanese comics, at that point he was considered old-fashioned. To shed that reputation he looked for ways he could become more relevant to the then present day audience. The first result of that conscious change of direction was Kirihito, as bleak a story as he ever wrote, incisive as a condemnation of the way he saw society declining, yet still cut through with a broad streak of whimsy. It’s interesting to note it was created around the same time Denny O’Neil and Neal Adams were scything through social ills with their Green Lantern/Green Arrow pairing, yet even for Adams setting an entire story around a dog-faced man would have been a giant leap into the unknown.

Kirihito Osinai is an idealistic young doctor dispatched to a remote area to study the previously unknown Monmow disease. Tezuka brings his own medical education to bear in creating a disease that affects bone, transforming it leaving sufferers with a canine face and skull. Kirihito duly contracts the disease while simultaneously distilling the cause, and proving his own theories, but is unable to create an antidote. When his wife is murdered sets off on a global odyssey of self-discovery, utilising his medical skills to aid wherever he settles.

Also central to the plot is Kirihito’s former colleague Dr Urabe, who remains in Japan and whose transformation is every bit as dramatic as that endured by Kirihito. Urabe’s eyes are opened and he begins to battle the entrenched institutional hypocrisy of the medical administration, a conflict that takes its toll. Tezuka’s art is consistently stunning, and with some Urabe sequences he indulges a more experimental side to excellent effect.

Tezuka spares few establishment figures within his story, painting the Japanese Medical Association as riddled with egotistical arrogance, the Christian church as fatally intolerant to elements outside their doctrine, and humanity in general as all too ready to judge on appearance rather than intent. The broader exploration is into what separates Kirihito from the beast he resembles, as he battles against symptoms of Monmow disease such as a craving for raw meat and increased aggression, but neither that nor the indictment of established institutions contain all Tezuka’s barbs. The work runs to over 800 pages, and was originally serialised, which gave Tezuka plenty of scope for diversions. There are sequences of over 100 pages where Kirihito is entirely absent as the narrative shifts back to Japan, or to others afflicted with Monmow, yet there’s not a page wasted.

Despite the simple appeal of the cartooning, this is a very adult graphic novel, not only via the complex themes, but also due to explicit content, both sexual and violent, particularly in sequences involving a debauched millionaire who arranges entertainments. Approaching fifty years since it was created Ode to Kirihito retains the power to shock and surprise, and numbers among the essential graphic novels of the 20th century.

It’s worth noting Chip Kidd’s design fpr the English language edition, which has a sliding title band that can reveal either Kirihito’s pre-Monmow appearance or his face after contracting the condition.