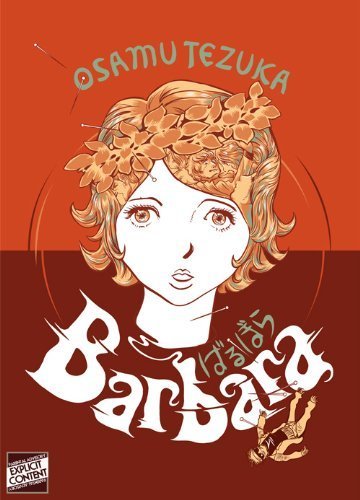 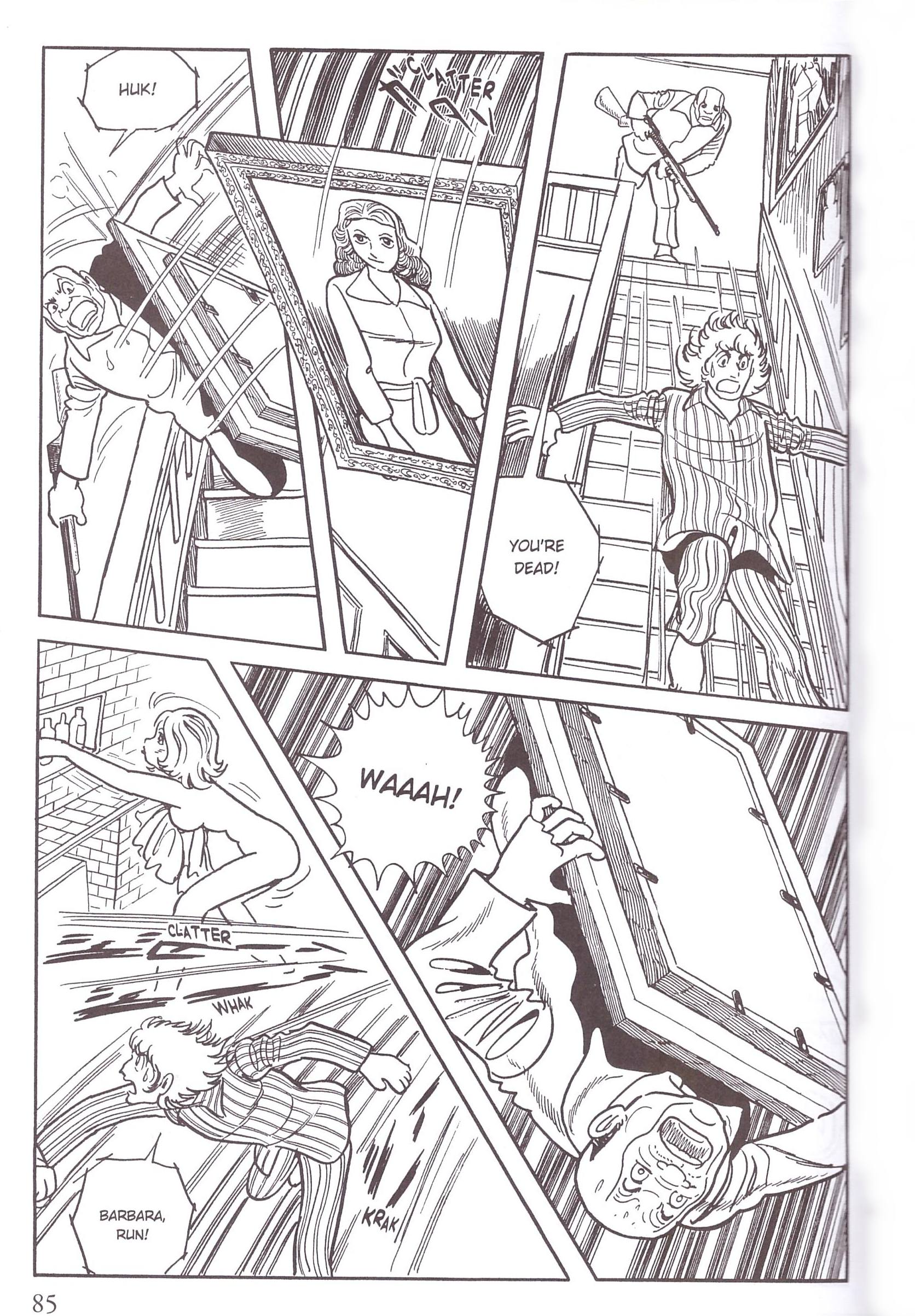 Novelist Yosuke Mikura chances on Barbara, a young homeless woman hanging around a station. She’s alcohol dependent, but he takes her home to clean her up nonetheless, impressed with her literary knowledge. He’s able to withstand Barbara’s provocations, while frustrated at her chaotic behaviour, at first instead becoming infatuated with a woman working in a clothing store.

Osamu Tezuka blurs fantasy and reality early and introduces the idea of Mikura so rarely being seen without his shades, indoors or otherwise. This visual symbolism of his hiding something is confirmed as Mikura lives in perpetual fear of what he refers to as his sexual deviancy being discovered, although doesn’t reveal what that is. After two mistakes in two chapters, however, we come to understand Mikura doesn’t see the world as others do and while it fuels his writing it’s also responsible for the deviancy he fears will become public. It’s interesting, but a dropped theme.

Tezuka created Barbara in the early 1970s, a time of social change and disappointment in Japan, which he personifies in Mikura’s disillusion and ennui, while exploring the nature of fame. It was also a period where Tezuka was attempting to distance himself from the children’s work that provided such a successful career in the 1950s and 1960s, but one that pigeonholed him and led to him being considered passé. Barbara’s provocative behaviour, other adult themes explored, and a constant stream of literary quotes and references give a sense of Tezuka straining too hard against type and that’s intrusive. As Frederik L. Schott points out in his introduction, beyond Barbara’s state and atrocities committed, the most disturbing aspect to modern reasons is likely to be Mikura frequently beating her. Schott contextualising this as not unusual for the times is hardly comforting.

If Tezuka’s trying too hard with the story, he’s pulling out all the stops with the art, which is exemplary, tidy and precise, but with some amazing steps beyond expectation. A hallucinogenic visit to an art gallery stands out, along with the primitivism and supernatural illustrations supplied for the intrusion of voodoo.

Mikura’s progression is told through a series of chapters thematically connected and using the same characters, but until halfway each stands as a complete short story. The theory is floated that despite her dissolute behaviour Barbara is a muse to writers, but as much of Mikura’s world is already subject to hallucinogenic experiences this could be a further example, and his attitude towards her keeps shifting, as if knowing her fully is always just out of reach. From halfway the chapters have a greater continuity as Mikura spirals out of control, suspicion and infatuation crashing into paranoia even before Tezuka jumps the plot forward several years.

While Black Jack has nutty moments, no sustained narrative from Tezuka so far translated into English matches the weirdness and emotional intensity of Mikura’s downward spiral, and a distanced 2019 film adaptation seemingly lacked the necessary chewing the scenery madness. Any concerns about Tezuka trying too hard dissipate as he rockets way over the top when Mikura presses the self-destruct button over the book’s final third. What are to we to make of the degradations of a chapter in the sewers toward the end? There’s no comforting explanation. It just happens. Barbara is a disturbing reflection on the relationship between the writer and what they write, literally rammed home in one of the book’s most horrifying scenes near the end. The presentation is almost without filter and Barbara lives on as a lingering mental echo long beyond reading.