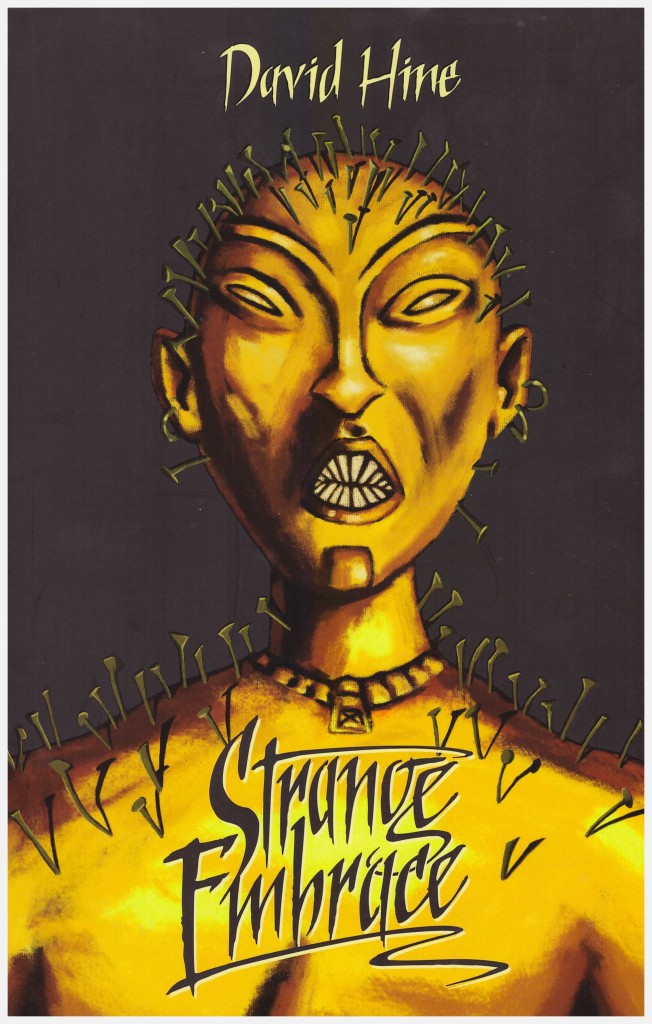 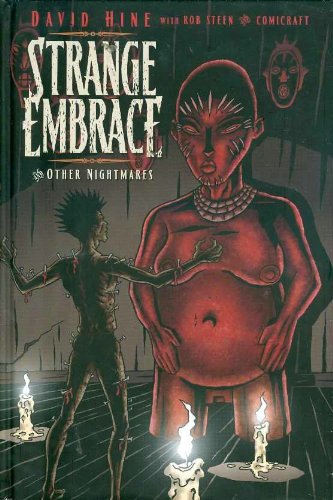 “A criminally neglected masterpiece that comfortably sits alongside the most highly regarded comics of the past decade” was the assessment of Strange Embrace in 2003, and this is still the case. Equally valid is the warning Peter Milligan supplies in his introduction: “Prepare to be shocked”.

Creator David Hine deliberately references Joseph Conrad, mimics his narrative structure and his sprawling depth, and offers a similar insight into human traits, primarily malevolence and obsession. Like Conrad, Hine layers his content, and the primary focus is revealed via others, remaining a furtive background presence in person. Hine skips from one story to another, each stripping back further levels of horror.

The core of the story is Anthony Corbeau, a pitiful recluse surrounded by the African totems, masks and fetishes he’s assembled. He’s revealed by his former tenant Alex Steadman. Steadman initially appears the monster, abusing psychic gifts, but in this dark and disturbing melodrama only young Indian delivery boy Sukumar is innocent. Sharing premises with Corbeau, Steadman strip mines his past, first invading his sleep, then via the concealed diaries of his deceased wife, revealing a fractured, masochist with a callous disregard for all but his sordid obsession. Yet even this person was created, under the formalising influence of Victorian parents and all the hypocrisy that entails.

To many familiar only with his subsequent Marvel writing it may surprise that David Hine is also an artist. More than that, he’s a very good artist when applying his jagged distortions to the cast. The recurring motif of African tribal imagery counterpoints the Edwardian formality of Corbeau’s early years, representing both freedom and primal innocence for him, and provides a constant unsettling accompaniment.

Strange Embrace is a stunning, disturbing, and meticulously layered work of unrelenting horror and the shocking events depicted have resonance that remains long after the story concludes.