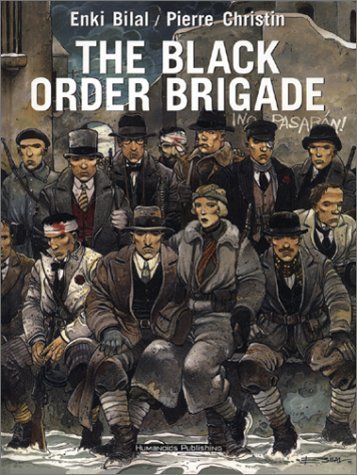 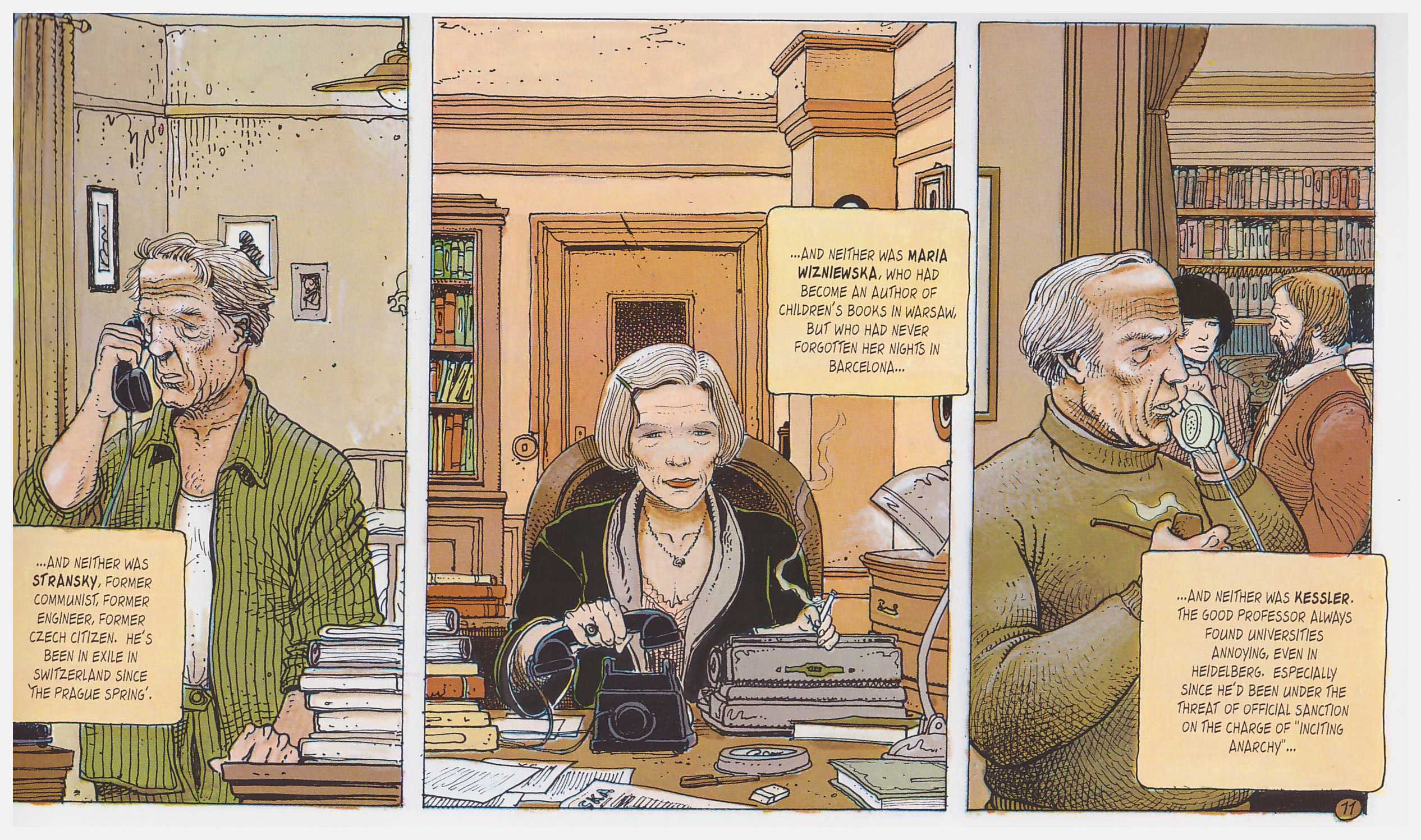 This was the final 1970s collaboration between Pierre Christin and Enki Bilal (The Hunting Party would follow in 1983), all greatly revered in France, yet never enjoying the same acclaim in their English language versions, not released until the late 1980s.

The Black Order Brigade considers both the strength of camaraderie forged in adversity and the futility of principled grudges. In the late 1970s British journalist Jefferson Pritchard learns of an atrocity committed in an isolated Spanish village, for which the Black Order Brigade claims responsibility. A further dispatch names several brigade members, each known to have fought for the fascists in the Spanish civil war forty years earlier. For Pritchard, once a member of the International Brigade, the village has huge significance. Appalled that the wider world no longer cares to revisit historical battles, Pritchard reunites his former colleagues from around the globe, all determined to settle their decades old ideological conflict.

At the time Christin wrote this story Spain had only recently emerged from the consequences of the 1930s civil war. With Franco’s death in 1975 rule reverted to the royal family, and Prince Juan Carlos restored democracy and instituted liberalising principles. It wasn’t a universally popular agenda, and Christin funnelled the unrest and the rise of left wing revolutionary groups throughout Europe into The Black Order Brigade. As with his other work, there’s an ethical ambivalence, posing questions without providing answers, not that it’s his duty to do so. As Pritchard and his pensionable Dirty Dozen rotate around Europe they remain a step behind their enemies, and corpses accumulate.

Enki Bilal, renders his cast with a well-worn grubbiness. You believe these are people whose youthful beliefs survive their subsequent incorporation into a structured career, and inspire them when most would be considering retirement. As the group trail across Europe, Bilal’s scenery switches effortlessly from summer to winter, from landscape to city, and from landmark to landmark. It’s all the more impressive for a unique lumpy style. A Bilal page is instantly recognisable.

The conclusion leaves Pritchard musing the cost of his obsession. Christin and Bilal forged a unique path among the ligne clair, the traditional series and the whimsical newcomers that comprised French graphic albums of the 1970s. With few exceptions, it took American comics a further two decades to consider comparable matters without a fantasy or superhero cloak, and while elements have dated, The Black Order Brigade remains a cracking good read.

The earlier English language versions of this story were titled The Ranks of the Black Order, but the 21st century translation is altogether more subtle and sympathetic.