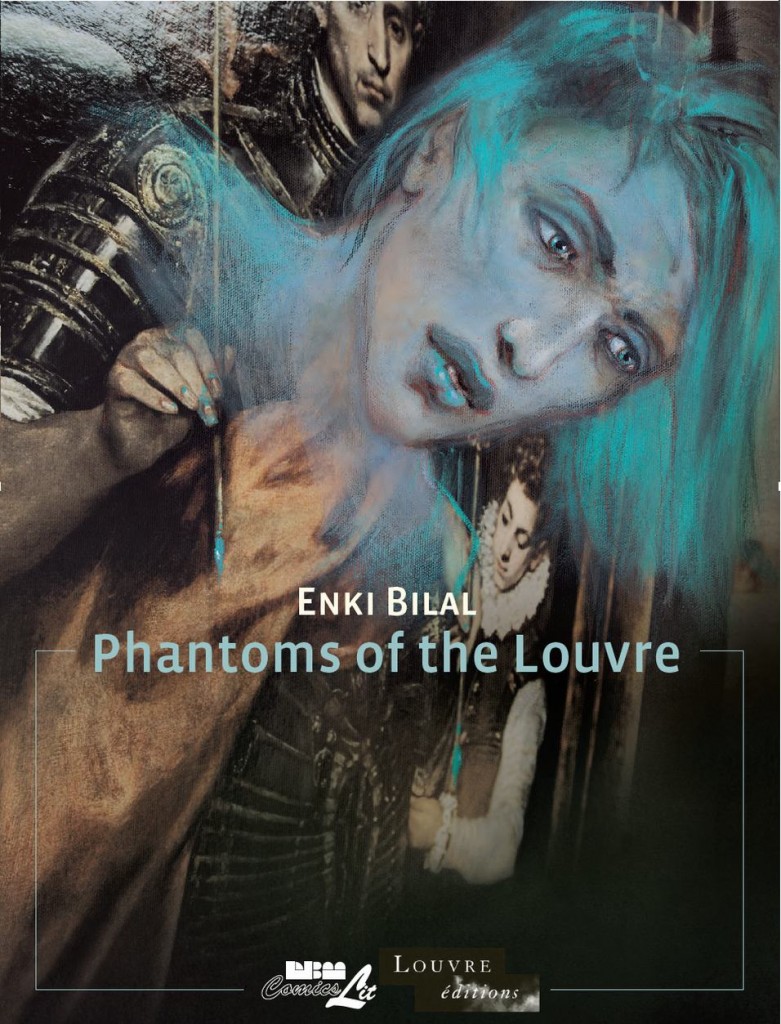 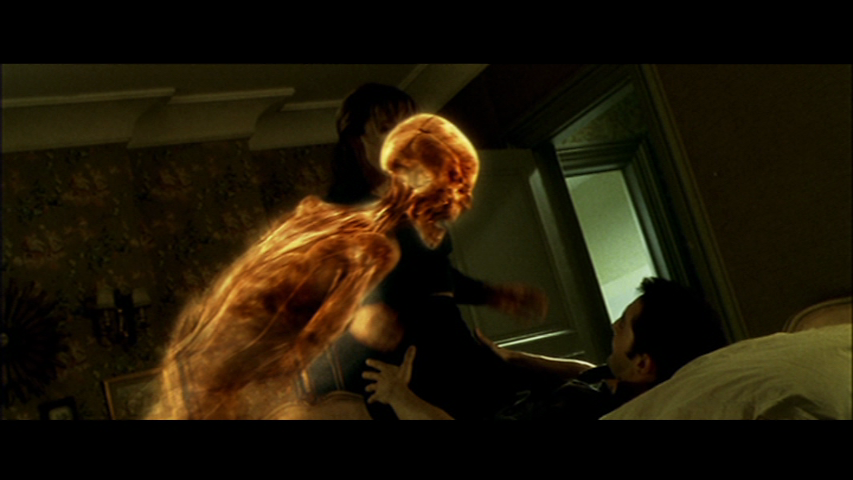 This beautiful graphic treatise collects Enki Bilal’s creative response to artefacts and architecture of the prestigious institution Louvre as described in his Preface, and the 22 artworks he produced had their own in-house exhibition in 2013. Each item or place in the galleries has a ghost attached whose lives or passing influenced the treasures and Bilal incorporates a photo of each piece with his representation of the ghost. Each faux history is explored in poetic prose augmented by photos, sketches and designs of the revenant in question.

Produced in close collaboration with the forward-looking authorities of the Musée du Louvre, this is an intense, informative and insightful glimpse into the power of art and history as engines of imagination and personal obsession.

The stunning procession of lost souls leads off with Aloyisias Alevratos inspired by The Winged Victory of Samothrace, detailing an ancient sculptor’s history whilst Antonio Di Aquila recounts the short, tragic life of one of Leonardo da Vinci’s assistants/models during the period when the master painted the Mona Lisa.

‘Enheduana Arwi-A’ engraved part of the tablet containing The Code of Hammurabi whilst ‘Arjuna Asegaff’ turned a troubled life around to become the popular model for Baron Pierre-Narcisse Guérin’s The return of Marcus Sextus. Analia Avellaneda developed a new pigment which fascinated El Greco during the creation of Saint Louis, King of France and a Page, but cost the tragic lady her life.

Ahmose Chepseset was an ancient Egyptian vandal whose actions despoiled much of the relic Man’s Head, vengeful half-caste Djeynaba a near-supernatural blight who tainted the Red Rooms and unrepentant Nazi Colonel Markus Dudke killed himself in The Grand Gallery. Brutal father and murderer Lantelme Fouache inspired Delacriox’s The Orphan Girl at the Cemetery whilst fisherman Jacobus Grobbendoeke was plucked from the sea and incorporated into The Fish Market (after) Snyders, whilst illicit woman warrior Hecuba wore the Corinthian-Style Helmet as part of her imposture of a male hoplite seven centuries before Christ.

Doomed childhood love touched Melencoloia Hrasny and Albrecht Dürer resulting in Portrait of the Artist whereas Janissary Zvonimir Karakasevic suffered a slow death which led to his becoming a forgotten component of Pigalle’s Voltaire Nude. Poor farm boy Lakshek had more affinity for the bovines which inspired the Human-headed Winged Bull than the callous men who carved it.

Longinus used his spear to wound the Messiah depicted as Christ Dead, Amazon Marpada adored her equine companions – as exemplified by the marble Horse Head and Gaius Livius Maximus was a Roman doctor who ended his life upon the ancient Bed displayed here.

Bella De Montefalco accidentally instigated of a grotesque crime of passion hinted at in The Shadows of Francesca da Rimini and Paolo Malatesta Appear to Dante and Virgil by Ary Scheffer, but duellist Lyubino Nuzri was a willing killer who met his fate in the haunted Alcove Room, whilst The Regodesebes Twins were mere tools of destiny whose deaths only tangentially affected The Countess Del Carpio, Marquessa de La Solana as portrayed by Goya shortly before her own demise.

Bestial butcher Willem Tümpeldt provided The Slaughtered Ox immortalised by Rembrandt whilst Muslim artist Doura Ximenez had to impersonate a man and remain unknown to craft the anonymous Supposed Portrait of Gabrielle d’Estrées and her sister the Duchess de Villars that concludes this tour of the night galleries.

With detailed floor plan maps showing where the art works, rooms and artefacts referenced are displayed, this is a truly magical collection.