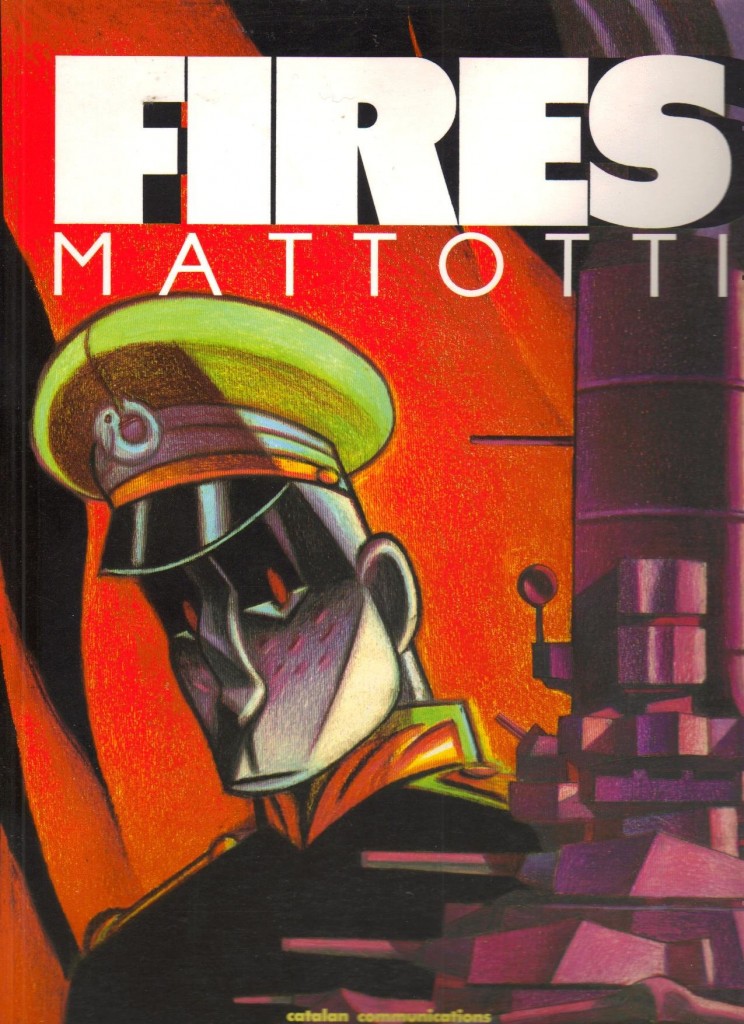 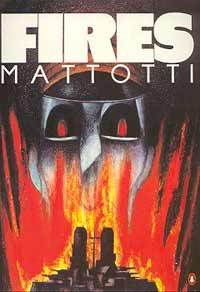 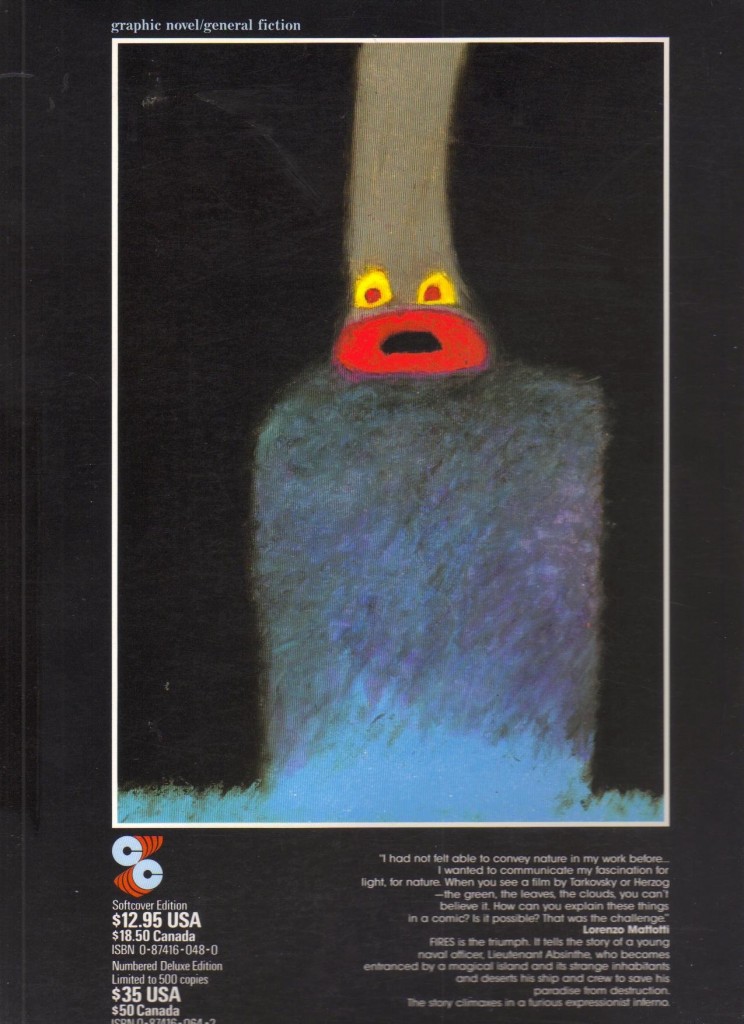 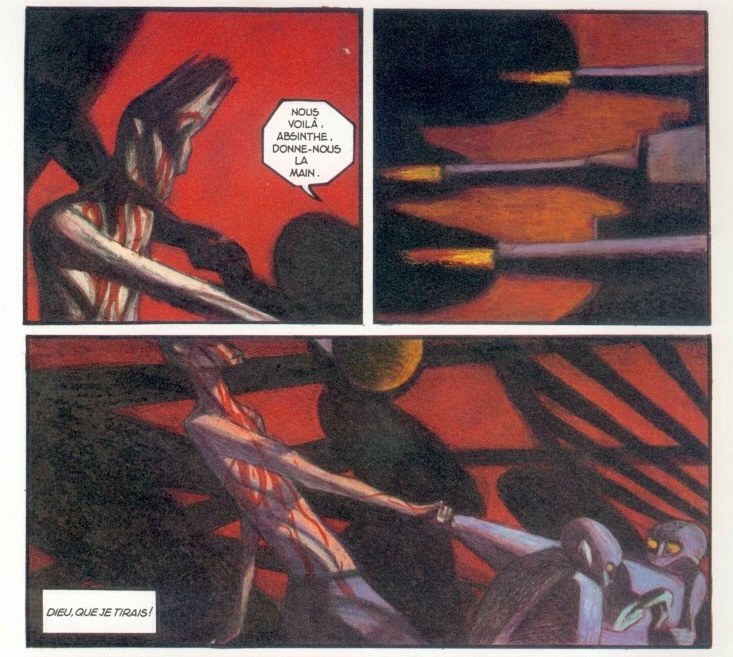 Fires is the third graphic novel by Italian artist and illustrator Lorenzo Mattotti, and made his name.

The plot is minimal. The battleship Anselm II arrives to investigate and ‘civilise’ the island St Agatha. The captain explains: “Gentlemen, you’re familiar with all the stories and legends about these islands. Some strange events have occurred recently including the sinking of some merchant vessels”.

They crew see fires in the island at night, said in legend to be St Agatha herself breathing. Lieutenant Absinthe is already feeling strangely drawn to the island, when he is ordered to lead the first expedition. That night on the ship he has vivid dreams of the island, deepening his connection. The visit to the island is hallucinatory and intense. Separated from his men, he thinks he sees a figure through the undergrowth. Back on the ship however, he reports to the Captain that the island is uninhabited, and there is nothing to report. “The island drew me to her… I volunteered for the next expedition”. Over the following chapters Absinthe’s connection with the island deepens: he loses his former self, goes feral.

By another artist this could be dull, but it’s a perfect vehicle for Mattotti’s expressive colour artwork. Created before comics were coloured with Photoshop, it appears to be achieved with oil pastels and perhaps coloured pencil. Colour has rarely been used like this in comics, and Mattotti names visionary filmmakers Andrei Tarkovsky and Werner Herzog as influences. He also draws directly on early 20th Century modern art: the writhing energy of Expressionism and the bold colours of Fauvism. He makes great visual play of the battleship to contrast with the wild island. There’s a beautiful geometry to the guns and turrets, and the men lined up in uniform. This is in stark contrast to the island scenes – all light and colour, organic shapes, at times bordering on complete abstraction. Every panel is a thing of beauty. Yet this is no mere set of static pictures, it’s sucks us forward in the story. We experience the grip of the island as much as Lieutenant Absinthe.

The text is minimal and generally poetic but occasionally baffling; “…my shipmates joked easily like after a bicycle ride”. The book was written in Mattotti’s native Italian, so there may have been sense lost in translation. This would be off-putting in, say, a slice of life novel, but here it sits comfortably with the general strangeness.

This is a highly original and brilliantly realised work. Groundbreaking in its time and decades later there’s still little to compare to it. At time of writing, it’s sadly long out of print in English, but used copies can be found for reasonable prices.