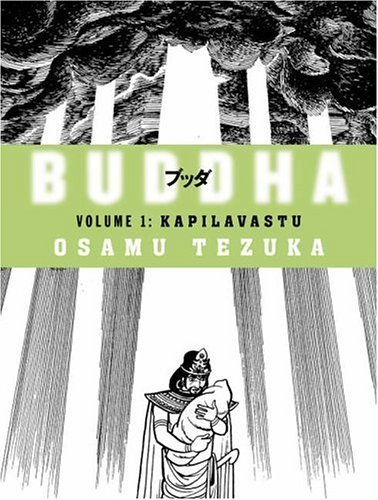 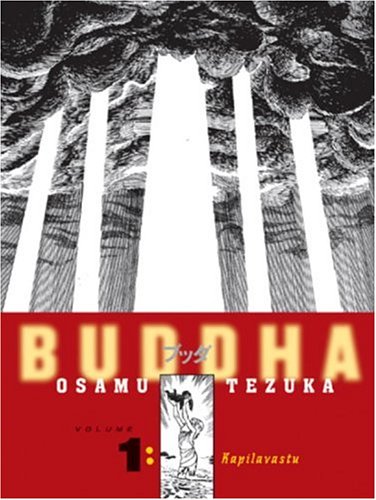 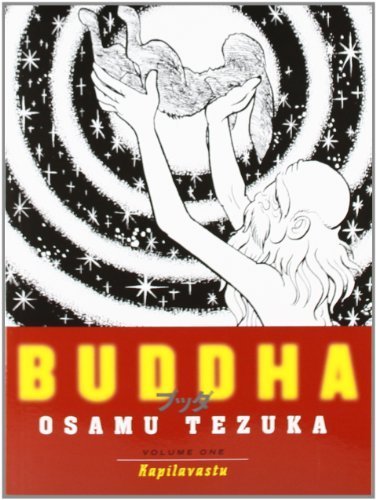 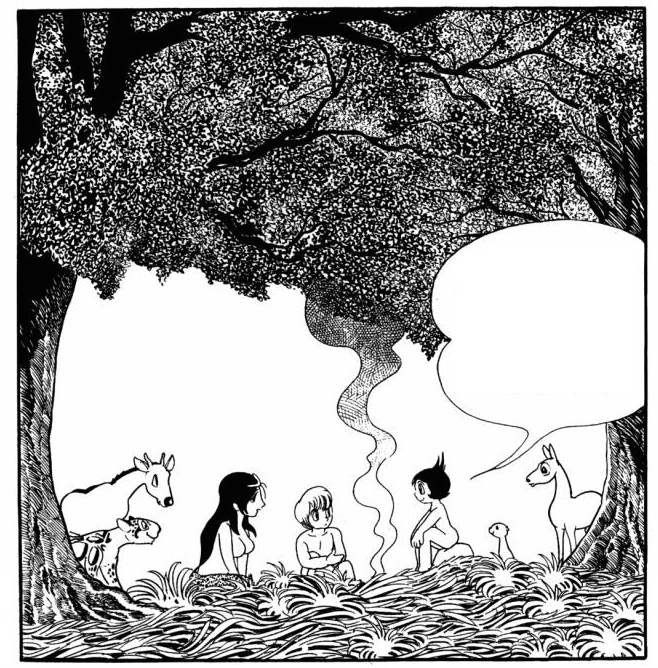 Manga legend Osamu Tezuka created Astro Boy and produced a massive body of work across a range of styles and genres. Buddha is a staggering achievement – eight volumes totalling more than 3,000 pages. For many creators this could be their life’s work, but it’s a fraction of Tezuka’s estimated 150,000 pages!

Buddha seems a fruitful subject. Buddhism has been a major influence on Japanese society, with a third of the population today identifying as Buddhist. Also, few facts are known about the life of Siddartha, who would become known as Buddha – ‘the enlightened one’, providing licence to create characters and situations, to shape the hero’s development. Themes emerge about the restrictions of the caste system, the struggles to create one’s own future, and man’s relationships with animals.

This volume focuses mainly on Chapra. Born into the slave caste, we follow him as he seeks a different destiny for himself. Adversaries become friends in unexpected ways: the monk Naradatta; Tatta the beggar child; and General Budai of the invading army. Their plans are affected by stories and portents of the coming birth of an important child.

The pariah caste, such as Tatta, were thought to have a special bond with animals, which may reflect caste prejudice – that the lower castes are somehow nearer to animals than humans. However it’s true of Tatta. In this translation he mentally possesses a horse and a tiger, but it seems too hostile a term, as he talks of the animals as his friends, and makes a trade with a snake. The royal couple of Kapilavastu, also experience connections with animals. She dreams of an elephant with six tusks the night she conceives, and he decides to stop hunting after animals approach him: “The thrill of hunting lies in the chase, it’s not possible to kill animals that draw near.”

Tezuka is a skilled illustrator with a broad range. The initial scene-setting sequences are realistically rendered – evoking the bible illustrations of Gustave Doré, providing gravitas and historic authenticity. Into this realistic landscape he deposits manga characteristics – action lines, exaggerated movements, sound effects. The cast are drawn in bold brush lines, and range from the cartoony to realistic, from cute to goofy. Tatta, for example has huge eyes, black hair with a ‘cow’s lick’ – he looks like Astro Boy. Tezuka draws animals masterfully, and was greatly influenced by Disney animation.

These contrasts of styles on a single page can be highly satisfying, but given the subject matter, elements sometimes jar. It’s not clear if we are meant to understand that Tatta can fly or move with super speed, or if it’s just a manga action sequence. Page 51 is littered with action lines and every panel has a change of ‘camera angle’ – it seems incongruous here. Maybe this is all Tezuka trying to balance the right tone, with meeting audience expectations – to hook people into what might seem a hard sell.

If it seems at times cute, Tezuka doesn’t shy away away from grim realities: characters die, there’s savage beatings, and towns burnt to the ground. Much revolves around the caste system where people are born to be beggars or slaves, with each caste hating the one above, preying on and despising the one below, and no prospect of social mobility.

To western eyes it’s not clear who this is written for: the cuteness and exaggeration suggest children, yet the minimal attire and anatomic details would be ‘for mature readers’ in the the US or UK.

This is an awesome project, delivered by a master. While some elements jar, they don’t ruin it, and may be resolved in future volumes.