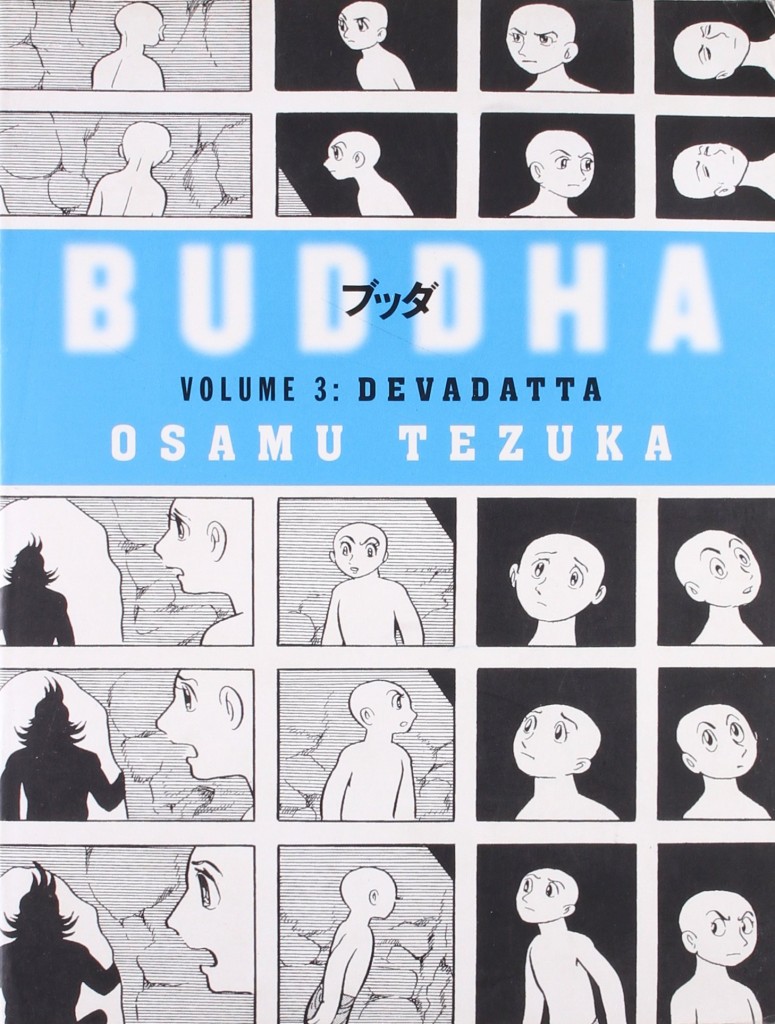 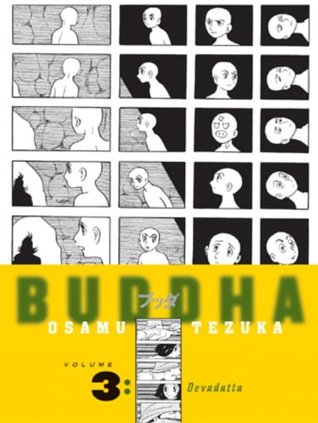 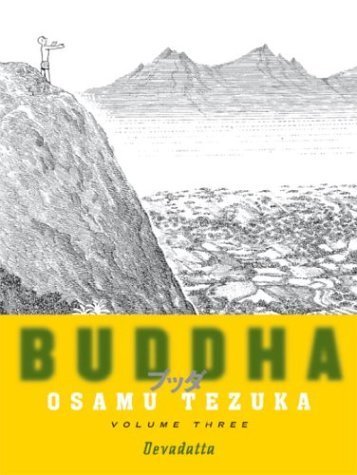 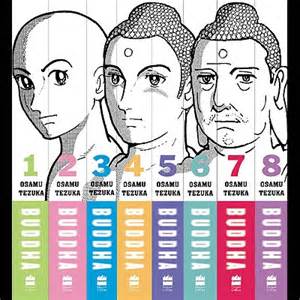 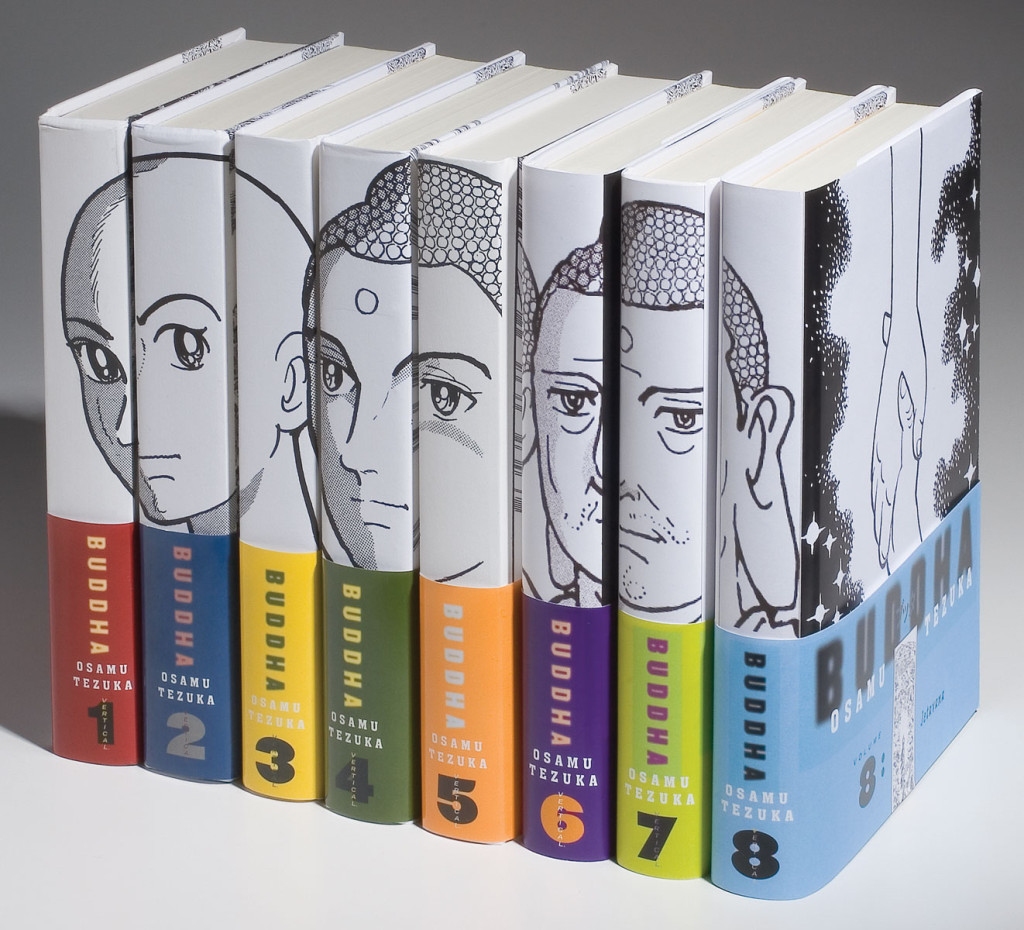 Manga legend Osamu Tezuka’s fictionalised biography of Siddhartha, the boy who will become Buddha, continues in this third of eight volumes.

As this one starts Siddhartha has left behind his aristocratic family and their plans for him, to seek wisdom and become a monk. Circumstances bring him together with the slightly older wandering monk Dhepa, who we met in earlier volumes. Dhepa’s belief is that wisdom is only achieved through a series of ordeals, and he sets about inducting the somewhat reluctant Siddhartha into this way of life. We’ve already seen the lengths to which Dhepa will go to demonstrate his conviction, and here he and disciple find out about the still more extreme ordeals another monk has put himself through. The two are later joined by the child, Assaji, an apparent burden, who turns out to be asset.

This volume is named after Devadatta, who we find out is the son of Bandaka, the ambitious warrior from earlier volumes. Unpopular and bullied by the other children, he takes extreme measures to look after himself, and so begins his fascinating if awful journey to a key role in later volumes.

Siddartha is mostly off stage this time, so there’s perhaps less than one might want of his spiritual development. Having established him in the earlier volumes, and hooked the reader in, Tezuka can take the time here to develop other characters, and story elements. Still it’s rich enough in new characters and situations to keep even the most casual reader interested and entertained.

We also follow Dhepa and Assaji, after they become separated from Siddhartba. Still the boy who will become Buddha, continues to be the centre of everyone’s attention: this includes his old friend Tattu – now a bandit leader; Bimbisara, the King of Maghada; and the beautiful princess Visakha. They’re drawn to his apparent wisdom and poise, and want or need him for different reasons and purposes.

This is a fantastically bold project. For many it might be almost a life’s work, but for Tezuka, it’s a mere eight out of hundreds of books he produced. Little is known of the actual life of Siddartha, who would become known as Buddha – ‘the enlightened one’. This gives Tezuka the chance to create his own story. While these characters and incidents appear to be mostly fictitious, this is no mere fantasy – it’s a serious exploration of themes relevant to the Buddha story. The caste system, and humans’ relationship to animals, are a continuing backdrop. Taking centre stage here, is the idea of prophesy and predestination: characters are told when and how they will die, and have to cope with this information. Tezuka weaves these themes into the dramatic incidents and turning points that will develop Siddhartha’s character and beliefs.

Tezuka is also a phenomenally skilled artist – able to render realistic indoor and outdoor settings, and populate this with stylised yet well realised characters. The heroic leads are handsome and youthful, with manga style doe eyes; secondary characters are more exaggerated, cartoony as in Uderzo’s Asterix. These two types mirror pantomime in the West – think of Cinderella with the androgynous ‘principal boy’ as Cinders, and older men (aka ‘dames’) as the ugly sisters. By this point there are fewer jarring Manga mannerisms, and the child characters are less saccharine cute, with Devadatta developing a feral quality, and Assaji somewhat sickly. The various animals, while impressively rendered, do have a Disneyesque quality, but that’s only marginally off-putting.

This is an ambitious project, well-realised. It balances it’s serious themes with entertaining storytelling and occasional humour, and should have very broad appeal.