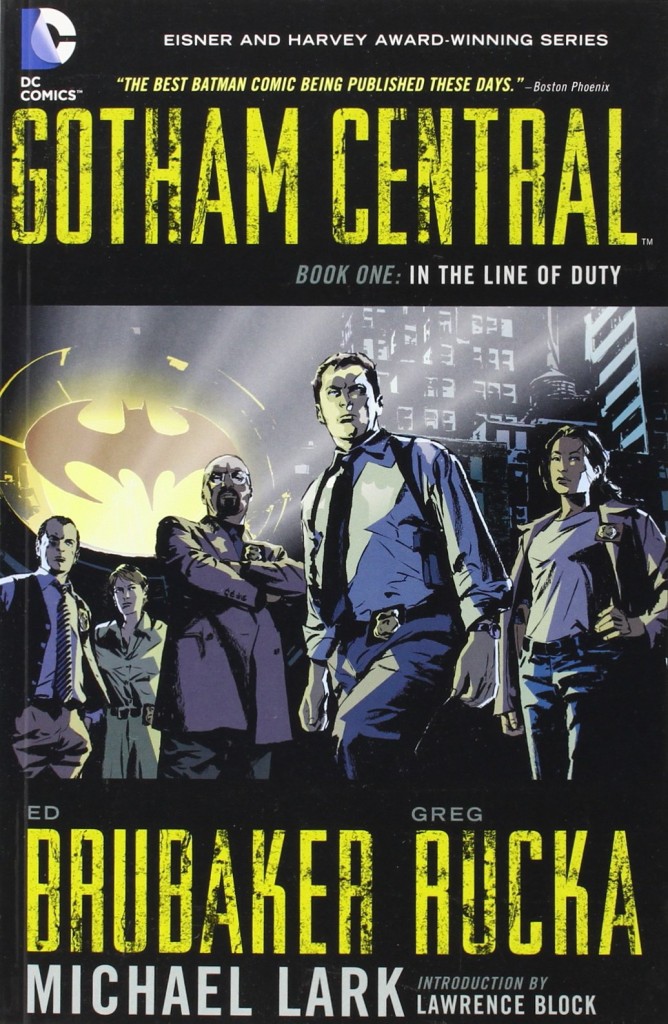 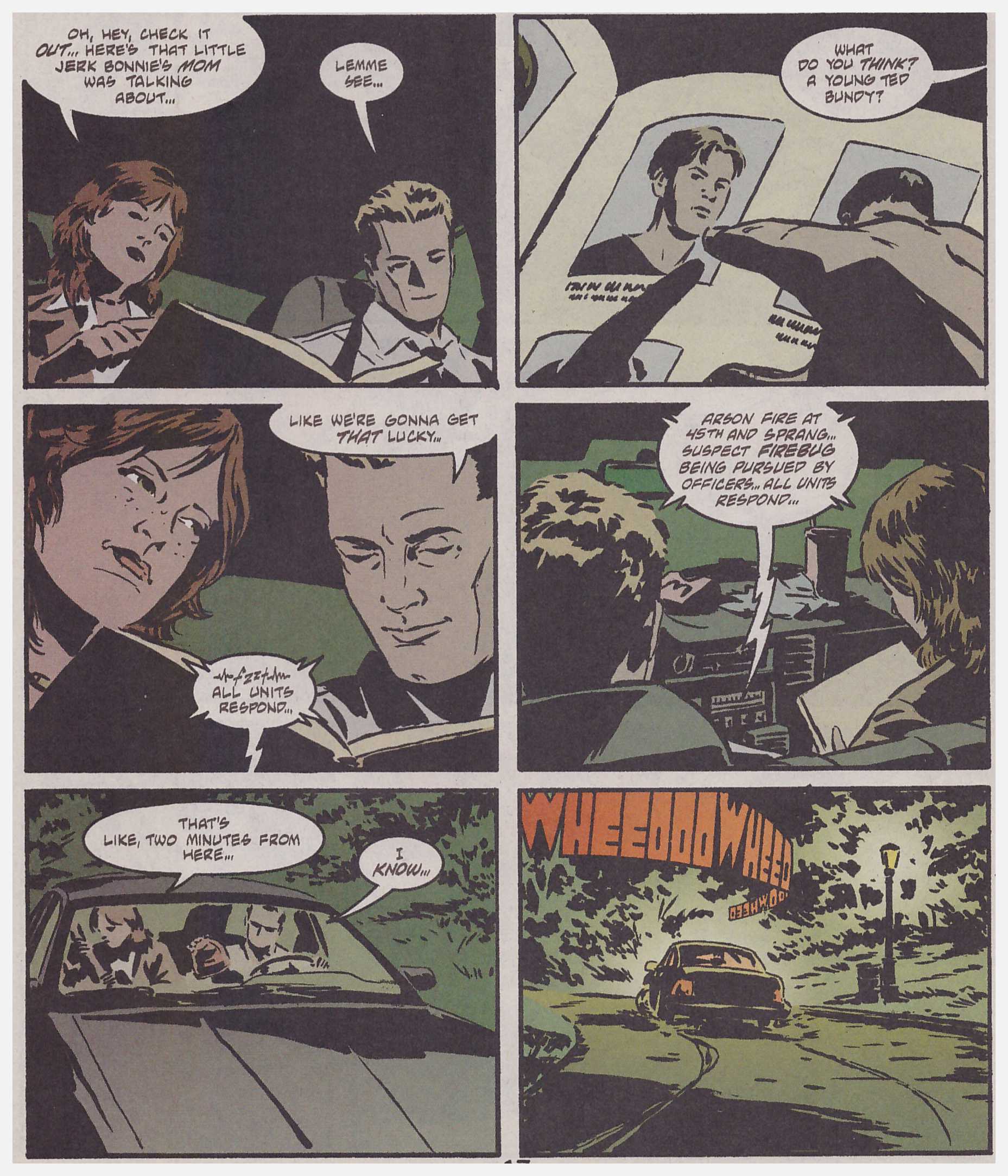 Gotham City Police Commissioner Gordon has been an integral member of Batman’s slim supporting cast since the very early days. In the 1990s there has been several attempts to star him in his own series, now collected as Gordon of Gotham, but it wasn’t until the scope was widened to become a police procedural comic that there was success and critical acclaim. The irony is, that in the continuity of the era, Gordon was retired, and is only seen in a cameo role.

Signing up Ed Brubaker and Greg Rucka to co-write the series, both having more than dabbled with crime comics, was a smart move, as was assigning primary artist Michael Lark. He brings the darkness of Gotham to life, and pulls off the difficult trick of not only distinguishing, but also characterising the cast in a book where there are very few costumes. He keeps the story moving by varying his layouts, a necessity in material that’s dialogue led rather than action led. This is superbly achieved, only really becoming apparent on the second pass through, once you’re no longer concentrating so much on the mystery aspects.

The initial pages are shocking, displaying what life is like for cops in a city where unhinged costumed maniacs prey on the citizens. There’s a pride, though, a reluctance to take the easy option and activate the bat-signal. Both writers collaborate on these opening two chapters, introducing the majority of the cast that will see the series through, and, interestingly, avoiding most of Gotham’s higher profile police by concentrating on the nightshift of the Major Crimes Unit for the opening half of the book.

A missing child is mentioned during the course of the first investigation, and takes precedence during the second, scripted by Brubaker alone. It’s a closer focus on two detectives, Romy Chandler and Marcus Driver, as they ask the questions and follow the clues. Rucka writes the final tale, which occupies the second half of In the Line of Duty.

That begins with Crispus Allen, already familiar from Batman material, becoming enraged at the robbery squad passing over what he considers a minor crime on the basis of a snitch claiming it was committed by a costumed criminal. He’s partnered with Renee Montoya, just served notification that a rapist cleared on a technicality is suing her. Unfortunately, she’s on the cusp of larger problems as her personal life is about to become public. This is led far more by the protagonist than Brubaker’s story, as unpleasant elements from the past come home to roost, and equally compelling as Montoya is unravelled more over the five chapters here than she had been in all previous appearances combined.

The participation of Gotham’s costumed residents is minimal and well-judged, as the focus is squarely on the police department.

Before this hardback collection the material was previously available as tow trade paperbacks, splitting the content evenly. The first was, confusingly, also titled In the Line of Duty, and the other Half a Life. The entirety of Gotham Central is due to be combined in one oversize hardback Omnibus in 2016, and the next hardback collection is Jokers and Madmen.