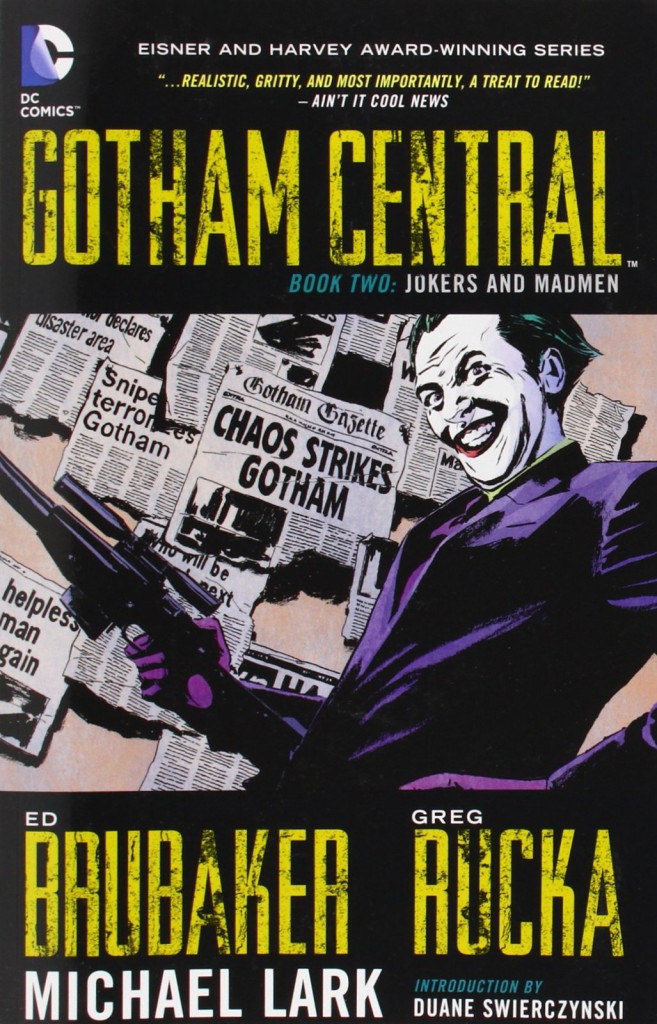 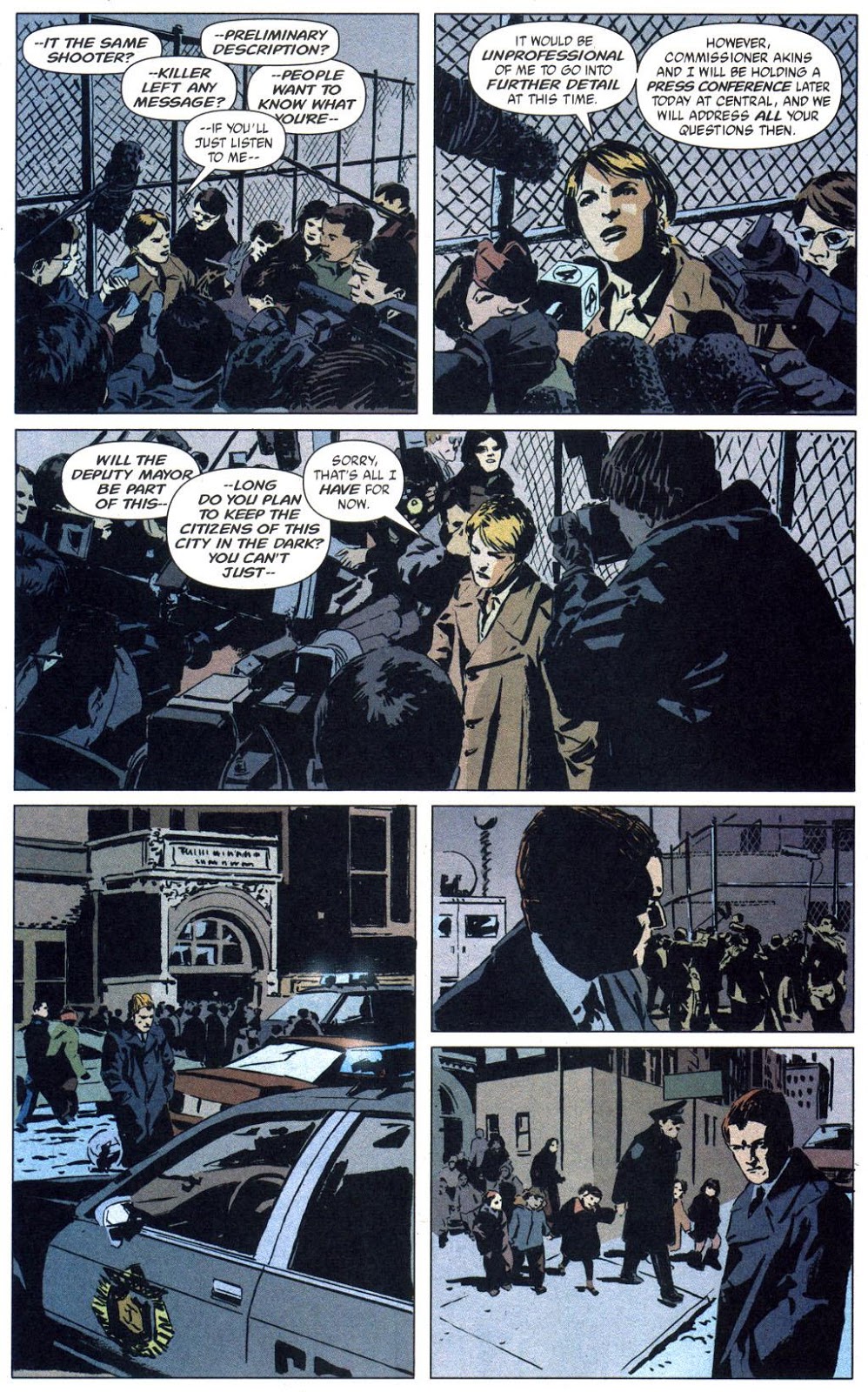 The Joker’s presence on the cover is deceitful to some extent. Yes, he’s the prime motivator behind one of the events included here, but he’s only seen in a single chapter of a story that has the Gotham City police department tracking him down. It’s a very effective plot they’re involved in, but some might consider it’s not consistent with the Joker’s methods of operation. It also hones in on a constant dilemma in Gotham when people die. Does Batman save lives overall, or is the body count higher as his foes attempt to get at him?

For anyone who didn’t pick up In the Line of Duty (hardback version), there’s the ideal opening chapter, drawn very well by guest artist Brian Hurtt, in which Brubaker introduces the main Major Crimes Unit members as seen through the eyes of a civilian associate, Stacey. There’s some extra layers, though, including her own obsession and a crime solved as the story progresses.

Brubaker and Greg Rucka team to write a tense drama of a sniper loose in Gotham targeting civic officials, and so instituting city-wide panic. Michael Lark is back on the art for this, and as good as Hurtt was, he doesn’t match Lark for setting an atmosphere. Neither does Greg Scott, whose style is closer, but he’s not as proficient at this stage in his career, and both his and Hurtt’s material was omitted from the paperback collection Unresolved Targets that otherwise covers this selection.

Scott illustrates a Brubaker story about mysterious deaths that begins with Sgt Davis’ rancour at being passed over for second shift commander. It’s well-written and weaves its way to an unpredictable conclusion. Scott’s art deteriorates over the three chapters, and by the conclusion he’s no longer imitating Lark’s layouts, and his picture-referenced faces have become strained.

The final arc picks up on a crime committed years earlier when the Gotham Hawks college baseball team were almost all killed when a pipe bomb detonated in their locker room. This remained unsolved at the time, but when there’s an incident involving one of only two survivors a substantial clue emerges. Brubaker’s script returns a Gotham heavyweight in Harvey Bullock, now off the force, but well played as the cop haunted by the crime he never solved, and as the old-school type whose methods are unpalatable in a modern force. Brubaker supplies some good anecdotes backing this up.

By the final tale Lark is being inked by Stefano Gaudiano, who’s very faithful to Lark’s pencils, so there’s no great difference to the look of the series.

This is another fine collection of police dramas, with the only mis-step being Scott’s art. The next hardback collection is On the Freak Beat, while the paperback equivalent, The Quick and the Dead, omits the two-part story giving the hardback its title. All of Gotham Central is due to be combined in one oversize hardback Omnibus in 2016.