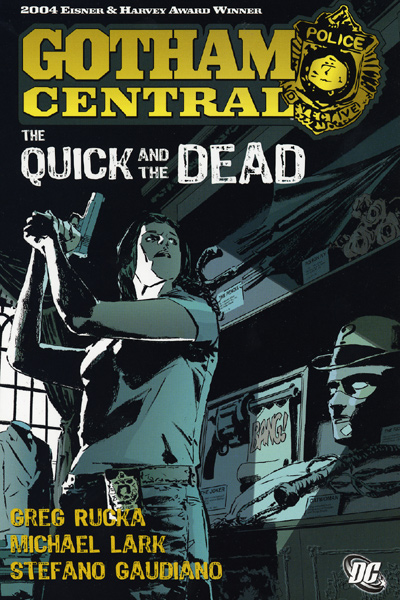 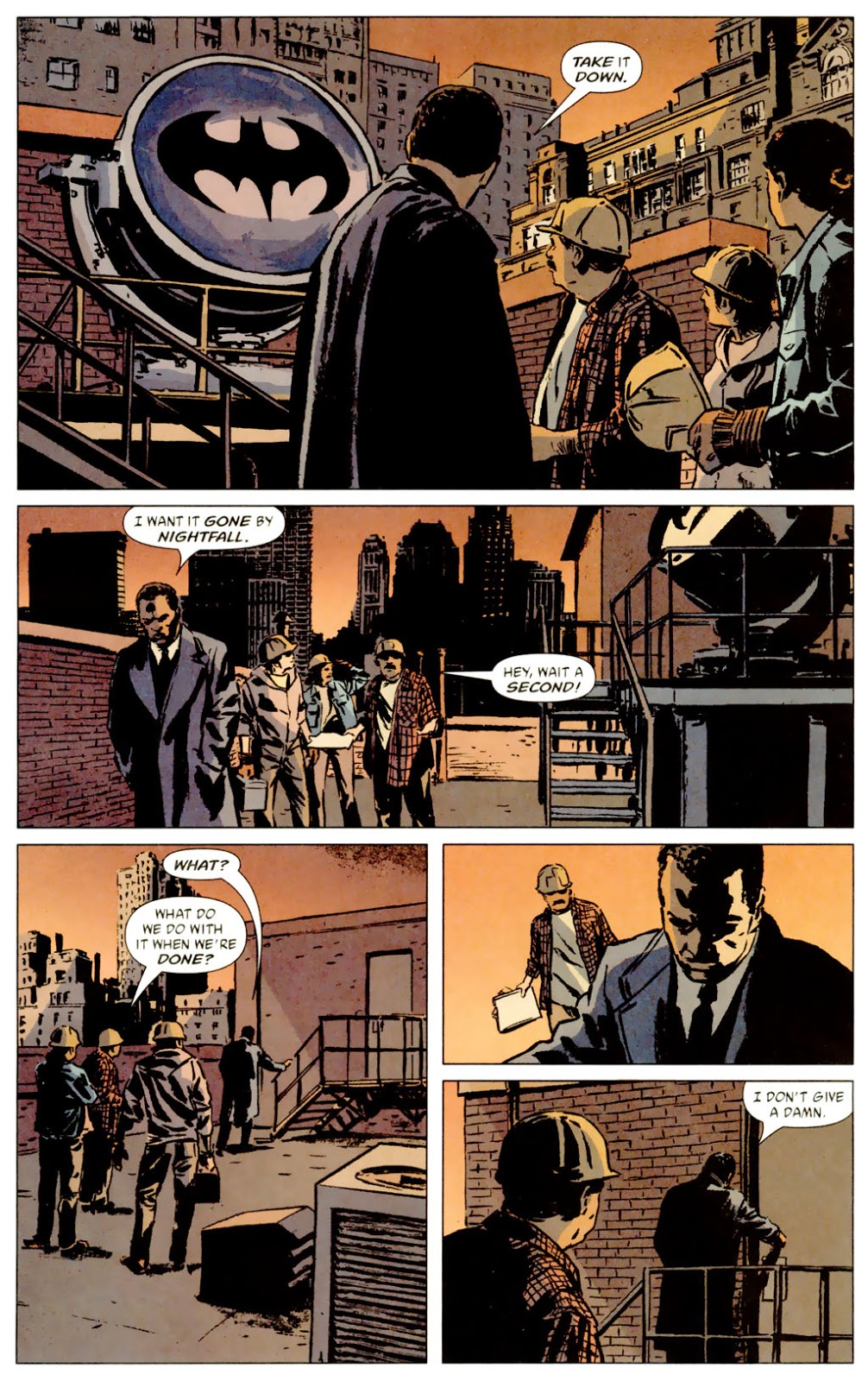 In its paperback edition The Quick and the Dead is written entirely by Greg Rucka, but those wanting the full run of these Gotham Central stories are directed to the hardback equivalent collection On the Freak Beat. This also includes the story of that title, the work of the series’ other writer Ed Brubaker, with art from Jason Alexander.

Rucka concentrates very heavily on Officer Renee Montoya, whose life he’s directed over a number of different titles. The earlier In the Line of Duty (hardcover) or Half a Life (paperback) presented events delivering considerable upheaval in her life, and Rucka continues Montoya’s difficulties here, indicating that the series is moving forward in real time, so it’s been a year since those events.

In the opening tale she has to deal with corrupt cop Corrigan, who’d prefer to make a buck selling crime scene memorabilia online, even knowing his profit endangers the career of another officer. He’ll return in emphatic fashion in the next collection, titled Dead Robin. Unless you buy the hardcover equivalent, containing one extra chapter and titled Corrigan. It’s a clever story that shifts tone very rapidly.

Both that and the following ‘Lights Out’ are illustrated by regular artist Michael Lark in his usual excellent and compact fashion. He brings the cast to life, and is good at indicating mood via posture and expression. All his work here is inked by Stefano Gaudiano, who pencils the concluding story himself. He’s also very good, and for those who enjoy studying the art, it’s educational seeing Gaudiano’s own approach within the framework established by Lark.

‘Lights Out’ underlines the differences between the Gotham police and Batman, whom they no longer trust after a campaign related in the Batman graphic novel War Games. Despite what occurred in that book, he remains a polarising figure, with some officers still supportive in a debate well characterised by Rucka.

Contrast is also a theme of the final tale ‘Keystone Kops’, in which the Gotham officers interact with their Keystone City counterparts, then heavily featured in contemporary Flash comics. The villains they deal with largely have a line they don’t cross, although doesn’t necessarily apply to the new persona makeover accorded to a particularly manipulative Doctor Alchemy, responsible for an atrocity in Gotham. Rucka moves Montoya’s story forward, and again underlines the dangers of being part of the Gotham police department. It concludes another very satisfactory collection for those who enjoy their crime drama.