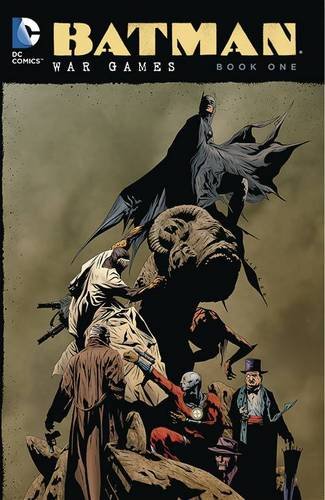 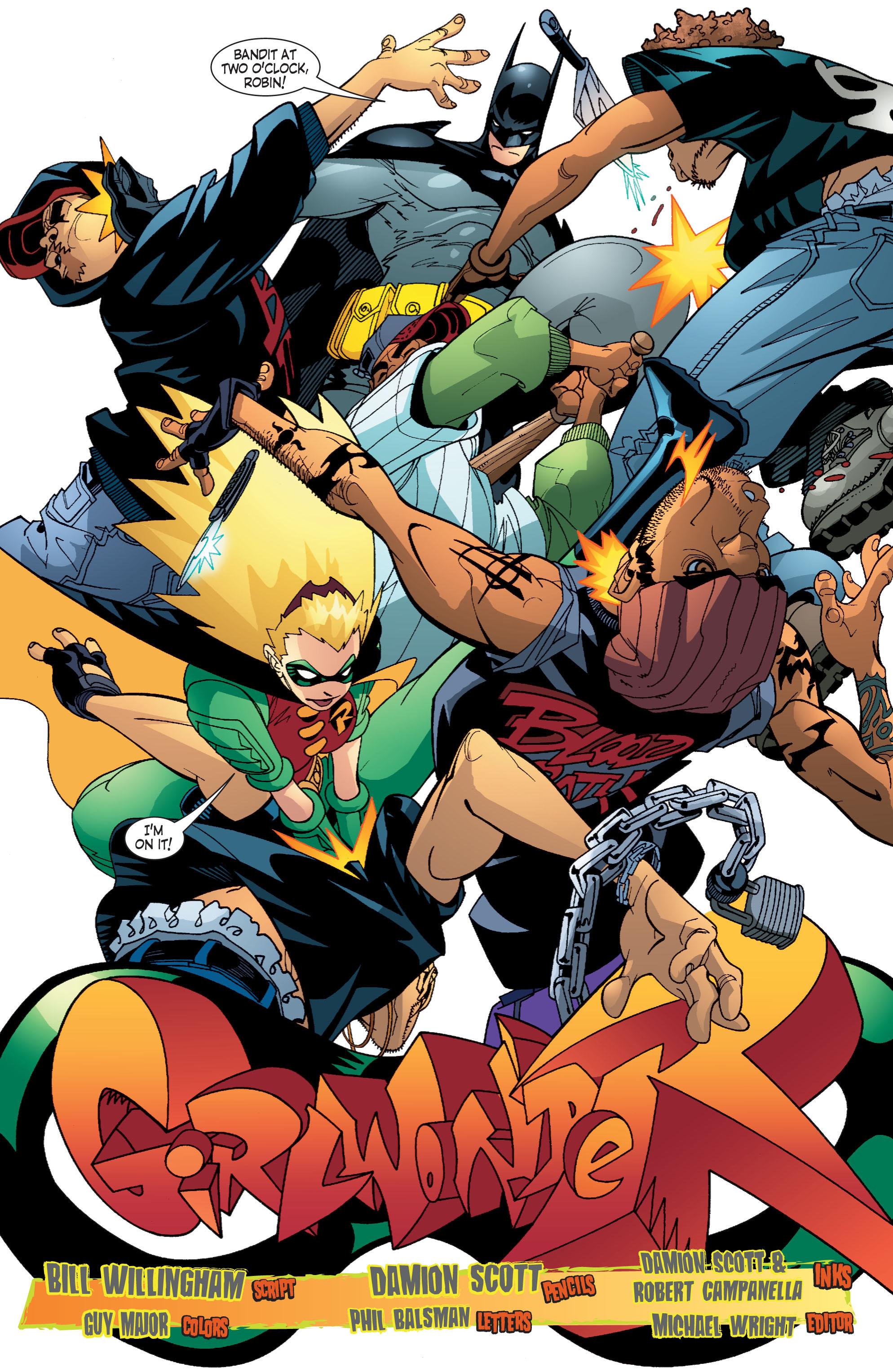 The heart of War Games is gang war that escalates out of control, engulfing Gotham in a continuing terror while Batman and his allies are caught short-handed and can’t deal with the situation. This is partly because Tim Drake has promised his father that he’ll no longer endanger himself as Robin and isn’t helped by Batman sacking his proposed successor, who’s now reverted to her Spoiler identity. The circumstances leading to that are detailed in the portion of the book originally issued separately as War Drums, but here combined with War Games: Outbreak.

What becomes the over-riding theme of this collection isn’t apparent from the start, but one of the leading non-masked characters is involved from the beginning. Dr Leslie Thompkins runs an emergency medical clinic in one of Gotham’s most deprived areas, and this becomes central once the carnage begins. Before then she undergoes the terror of being abducted in a tale also featuring the clash of pregnancy and celebrity status. Other sub-plots used by Anderson Gabrych include how Bruce Wayne might best apply his time and resources, and there are several surprises to his work in setting up the main story. This is contrasted by his contributions to that, which largely concern themselves with moving characters about in service of the plot instead of contributing to it.

Key to much of War Games is Matches Malone, an identity long assumed by Batman to infiltrate the criminal community. He adopted the persona when the real Malone died, and trades on his reputation to ingratiate himself. Malone is key to a contingency plan of dealing with the gangs of Gotham by uniting them under his control. Unfortunately for Batman someone gathers all the gang leaders and their protectors to Gotham harbour where mistrust and suspicion set the fuse to a conflagration. The remainder of the book sees matters escalate to terrifying proportions.

By virtue of illustrating much of the lead in material there are more pages by Pete Woods than anyone else in War Games Book One, and he’s solid, versatile and has an eye for the dynamic viewpoint within his panels. The sample art, however, is the work of Damion Scott, whose speciality is designing entire pages in jagged and kinetic style. Also featured for at least one chapter are Ramon Bachs, Al Barrioneuvo, Giuseppe Camuncoli, Paul Gulacy, Mike Lilly, Kinsun Loh, Sean Phillips and Brad Walker.

After Gabrych, Bill Willingham writes the most material by virtue of Robin’s solo title leading into the bigger picture. He’s good with the soap opera aspects, and less so with creating a credible opponent for Batman. When it comes to the main story, however, one of his is a standout chapter, presenting Tim Drake with a heavy ethical decision that’s neatly solved. Other writers involved are Ed Brubaker, Devin Grayson, Dylan Horrocks, and A. J. Lieberman.

Considering this is a book involving seven writers and eleven artists it moves very smoothly from chapter to chapter, with events well set up to continue when the spotlight moves to the star of a different title. There’s never a feeling of padding for the sake of it, and the plot progresses naturally. By the end of the collection a confession has provided the answer to an over-riding question and Gotham is in complete chaos. Book two beckons.